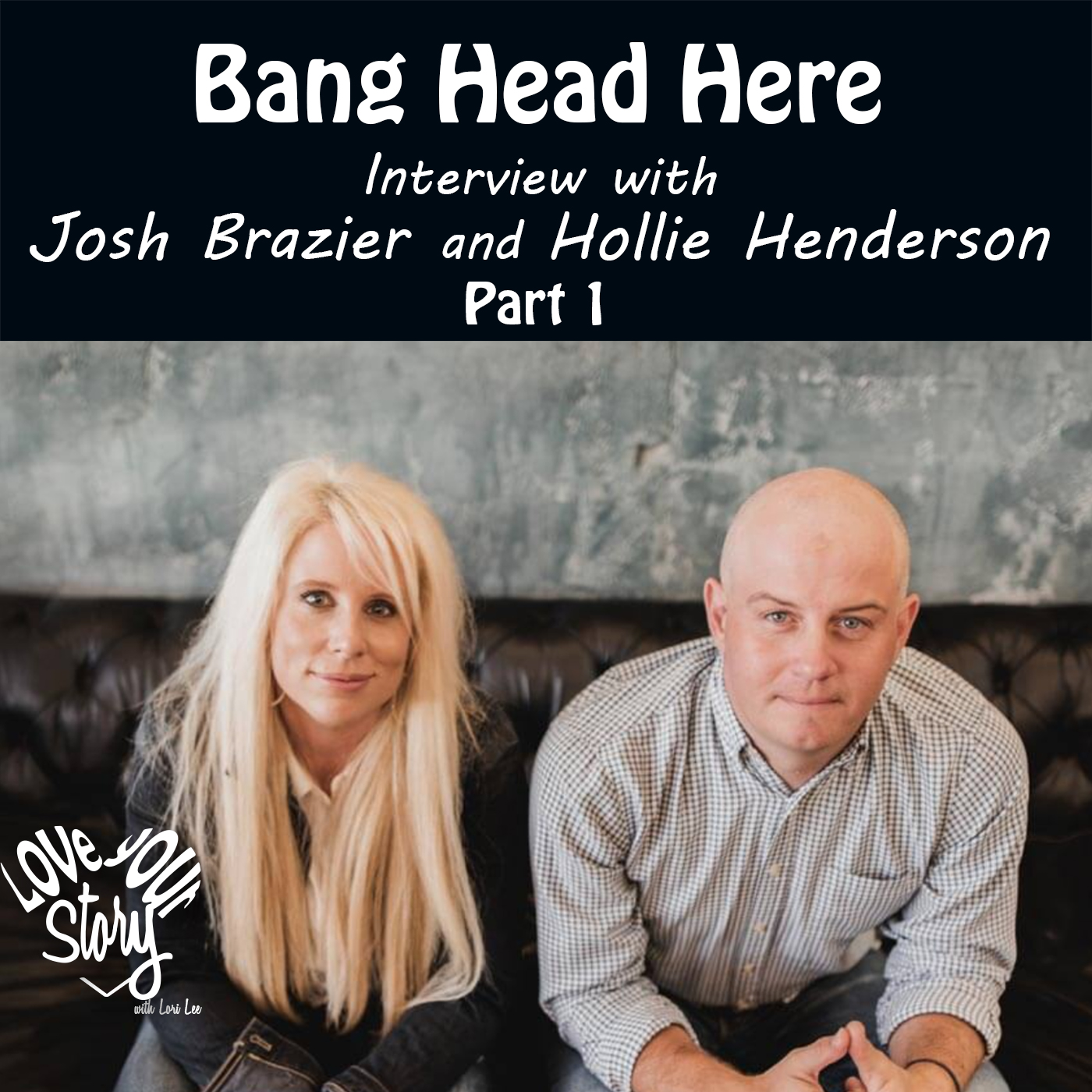 Welcome to the Love Your Story podcast.

What do you get when you bring together a woman who was an at-risk teen, with severe troubles in her family of origin, and a man who on his LDS mission to Morroco worked with thousands of African refugees who were abused by guards and eventually deported, despite all their struggles, to make a better life? What you get is a dynamic duo who have partnered together, after years of their own experience in social work - like violence prevention and humanitarian programs, to help families and troubled youth learn to communicate and solve pain points.

You also get a new book called: Bang Head Here.

Tune in because we are going to get into their stories, as well as the tremendous work they are doing and you’ll definitely learn some things about communicating with your loved ones.

Today’s podcast is about a number of things. It’s about how to communicate in families, especially with at-risk youth. It’s about how to recognize the part we play, as parents and caregivers, in the miscommunications that occur. It’s about sharing the life experiences of two people who have taken some traumatic experiences and turned them into skills to share and help families communicate better. It’s ultimately about using what they know to help others along the path of building better life stories.

We have a couple “guides” with us today. Let me introduce them:

She is an active parent & teen coach who specializes in working with at-risk teens and young adults and their parents. She understands the struggle and nuances of these relationships primarily because she once was an "at-risk teen" who has found a way to reconnection within a family structure that once was failing.

With over 15 years of experience working with youth and family in over a dozen countries, Josh brings a very unique perspective to healing and family culture. Having worked alongside thousands of young people and having been inside hundreds of struggling households, Josh's experience has led to deep and powerful insights that help create a new path of healing.

Having worked for the past decade creating social programs for youth in the US and abroad, Josh brings his 15 years of experience working with youth to help solve real pain points the youth are facing.

Tune in to the audio program to hear about his story serving in Morocco on an LDS mission. In a Spanish provence there was a refugee camp where thousands of West Africans were coming up to create a better life in Europe. He was tasked with building a church and helping the refugees - creating an English speaking branch. He worked with these people building good spaces for them. The refugees had to deal with very difficult psychological issues, abuse from the guards physically, verbally, sexually abused - rape was an issue. The overcrowding was severe. In addition the refugees had the horrible struggles in their travels to actually get to where they were - friends being eaten by wild animals, drinking their own urine to survive on the trail, women having to sell their bodies. He grew very close to these people as he walked with them on this path. One day he got on his boat to go to mainland Spain with his branch, when they were all apprehended by local authorities and his entire branch was deported to their countries of origin. He never saw them again and the trauma of the event caused a great deal of personal struggle. He started his program to honor these people. It became a very meaningful and formative time in his life.

This is the first of a 2-part series highlighting the work you to do, as well as your own personal stories. With two of you, who have very interesting personal stories as well as lots of wisdom to impart to us, we’re going to give this two full episodes.

Tune to hear Josh and Hollie's person stories and then we get down to talking shop:

What trends are you seeing that are causing so much disconnection in families?

What are the biggest challenges teens face when it comes to connection?

In your book you say, “Your connection with your loved one is incredibly vital to their emotional stability and their healing process.” I loved this point because sometimes in my own family I wonder if I just need to get out of the way, but it was a reminder that I need to do what I can to make a good connection, because that’s going to help them in their process of growth and healing. In fact, further on in the book you said that we should be asking the question: “What can I do to build a stronger relationship with my loved one so that when she starts to struggle, I am connected enough to help her solve her conflict.”

Part 1 ends here, but in two weeks tune in for the rest of the story. For the answers to more burning questions about communication and connection between teens and parents as they work to write their best life story with the people they love. Share this with someone who needs to hear it.

To order Bang Head Here or to contact Hollie and Josh:

We’ll see you in two weeks for Part II.