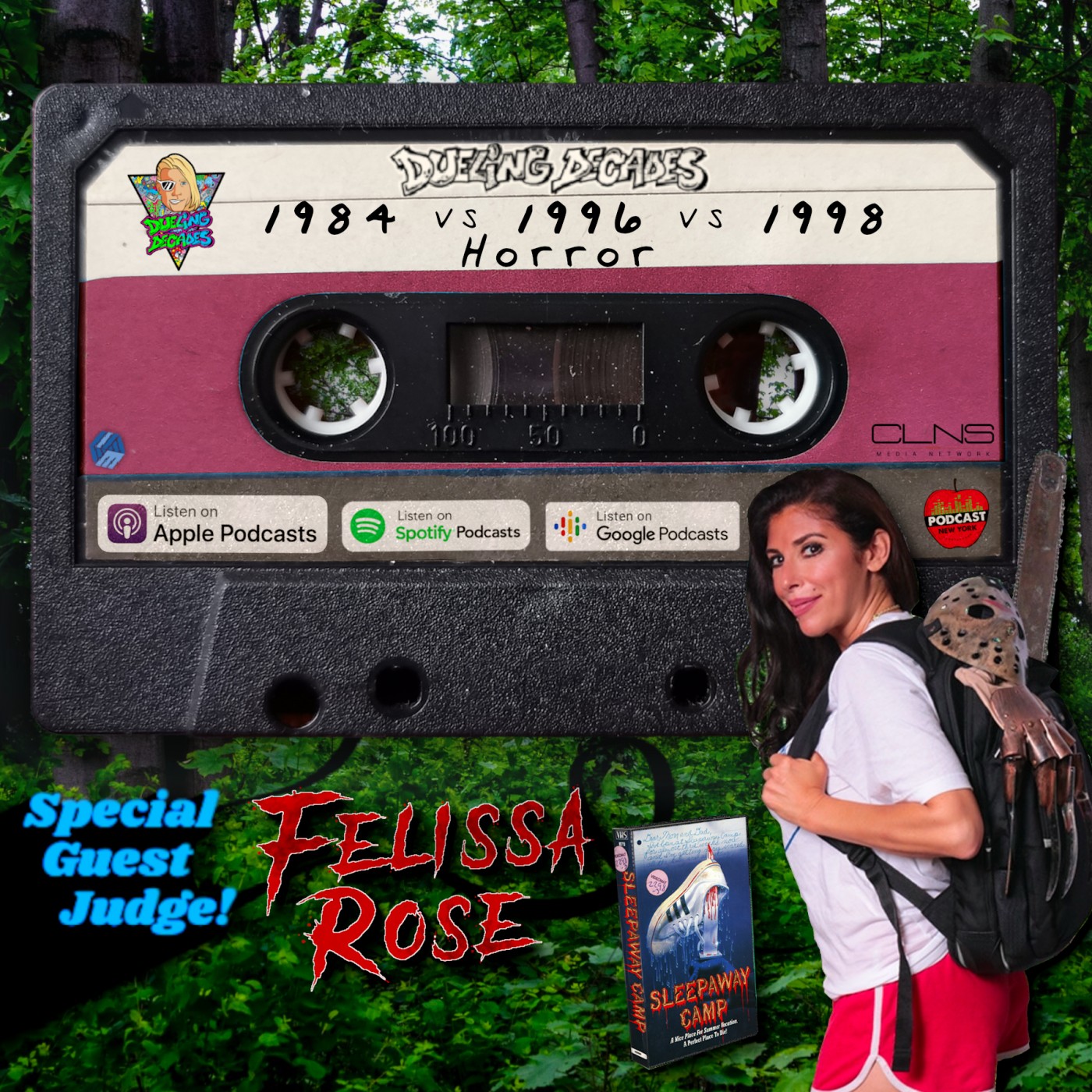 We've been itching to do a horror themed episode for months! It's not October, but it doesn't have to be for true horror fans! So we called horror icon Felissa Rose, and asked her to channel her inner Angela Baker to judge this bloody retro triple threat. Miscast Commentary's Joe Findlay is back after a crushing defeat a week ago to represent with horror of 1984, and he's been bragging all week that he's going to slash the competition. Mancrush goes back to his senior year and brings the horror of 1996 to the table. We're really loving these triple threat matchups, so Marc summoned up the best horror of 1998 to make this a real bloodbath!

In this episode, we're going to find our what Felissa has been up to since Sleepaway Camp, we discuss her penis at length, serial killers who live next door, serial killers from the depths of hell, scary letters to Kylie Monogue, drinking Cisco in the basement, stalkers, an actor repackages himself to become a vampire, the mothers of America cause a cult classic to lose lots of money, Felissa got matching tattoos with another camper, a video game that turned into a media empire, sisters who battle the forces of evil, a multi-threat super beast, an invisible man sleeping in your bed, stabbing your lover and dumping them in the river, Santa Claus, going to lunch with Bill Murray, how much we want an Angela Baker toy, killer Mogwai, prosthetic body parts, reach out and touch Kane Hodder, and what movie was Felissa in with Ron Jeremy? Do you agree with Felissa's rulings? Play at home and judge for yourself! While you're at it, send your rulings to our Facebook and pick up 20 points on the Dueling Decades Leaderboard!