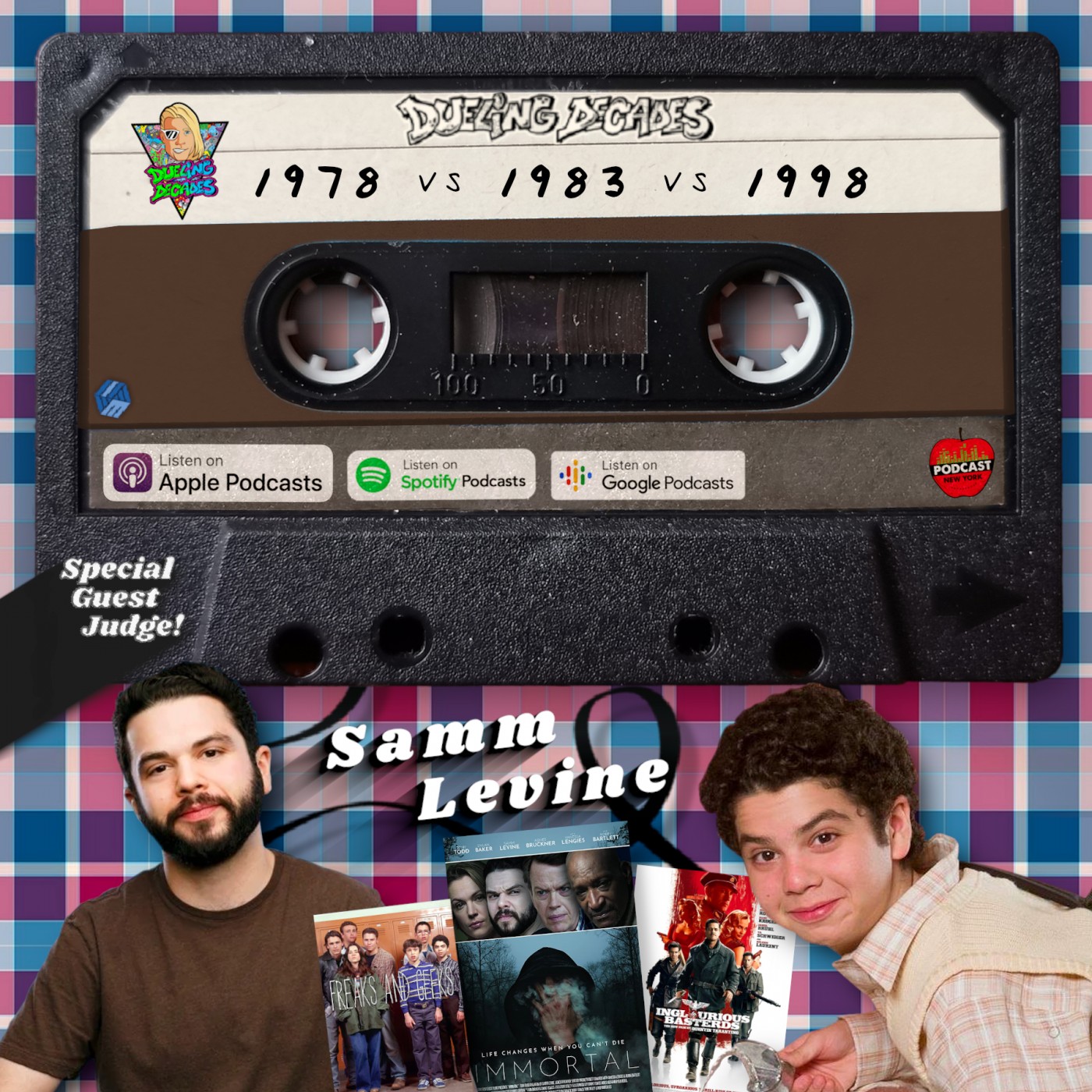 The guys are huge fans of the ill-fated cult classic television show, Freaks and Geeks. So when they got the opportunity to speak with Samm Levine about his new movie Immortal, they jumped at the chance! Whether you know Samm from Freaks and Geeks, Inglorious Bastards, or from the Doug Loves Movies podcast, you know he's a funny and knowledgable dude. Perfect celebrity guest judge material and Samm sure didn't disappoint when the gavel was in hand! This time though, the guys are flipping the script, because this is a "worst of" episode of Dueling Decades. So which one of these gents did it worse? First up, Drew Zakmin is back and he's loaded with a turd sandwich from September of 1998! After a big win last week, Mancrush looks to make it two in a row with a fistful of trash from September of 1983. Rounding out the competition, Marc James looks to get into the win column with a seriously sad September 1978 that almost made Samm cry!

Sit down, relax, and listen to all the hijinx this terrible episode has to offer! Samm Levine was primed and ready to release the kraken on these guys and their offerings. So in this episode you might find out that Samm doesn't want anyone suing the Stranger Things guys, a video game that gets Mr. Levine really upset, Zakmin was exposed to erotic flute playing in Greece as a child, a 445-page dossier about cigar smokers, the drummer that should have been in the Bill and Ted movie, a generational talent mistakingly puts his hands in the wrong man's behind, Blanche gets hitched to Jack Flack, no one cares about Benben, a pompous panther turns into a slithery snake to fight crime, Marc played games with himself, Freaks and Geeks, Kenny Omega vs a grown man who sleeps in a car bed, post-apocalyptic dry cleaners, the Noxzema girl has the strength of twelve men, Smurf snow comes to the cinema, kissing with and without makeup on, Samm stars in the new movie Immortal out on VOD today, and use a freakin coaster!

Do you agree with Samm's rulings? Play at home and judge for yourself! While you're at it, send your rulings to our Facebook and pick up 20 points on the Dueling Decades Leaderboard!

Please don't forget to subscribe and review! Want to share some of your own 1980s & 1990s memories? Join the other thousands of people in our Facebook group and get more original nostalgic content every day! If you're into the 1960s & 1970s, join our new group!