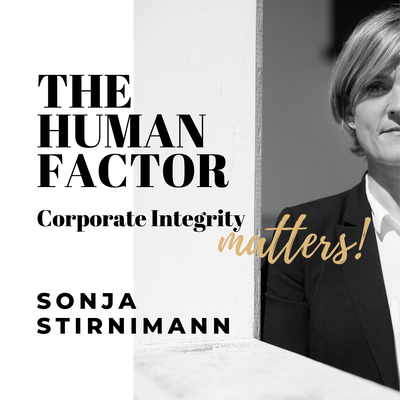 006 - Why the fraud triangle is your partner in crime

What are the resources, tools, approaches, or methods you apply when it comes to fraud, misbehaviour, or non-compliance?

Today you will learn how the fraud triangle could become your partner in crime during prevention, detection, and reaction to fraud. On a strategic and operational level.

What I have experienced of over the last two decades of working in an environment where fraud is daily business is,  that having a profound knowledge about the fraud drivers is key to understand the root causes of misbehaviour.

What I have learned is, that the easier it is to understand the more often such tools are used. And thatis exactly what I want to achieve with the fraud triangle. I would like to have it implemented in as many teams and organisations as possible toimprove the awareness.

Often, the simpler the tools the better the results.

Also here we reduce the risk of false application by reducing it to the max. And if you would like to know to whom such tools like the fraud triangle are addressed, my spontaneous reaction would be: "To everybody".

These conditions are also essential in understanding how to create effective and efficient anti-fraud programmes or how to conduct risk assessment as such, taking into account different perspectives.

The theory of the fraud triangle supports those responsible along the entire life cycle of white-collar crime and is applied in practice as a procedural method in the various stages of prevention, detection, and reaction, be it for risk identification, hypothesis generation, preparation and conduct of interviews or identification of relevant sources of information.

"...Trusted persons become trust violators when they conceive of themselves as having a financial problem which is nonsharable...."

In metaphors, motive is the heat and thus the strongest element of the Fraud Triangle. The motive pushes the individual to find a way to eliminate the perceived uncomfortable initial situation (pressure) and to satisfy the needs in this regard.

In the case of Cressey's hypothesis, this is the financial problem to be solved without involving third parties like for example:

According to research findings, the motives of crimes are very often relationship-driven - also in the case of economic crimes and cybercrime. This means that it is about relationship constructs, such as from and to ex-partners, jealous partners, school or work colleagues and of course employers. The fact that a loyal and long-term relationship is also entered into between employee and employer, depending on the cultural background, should not be disregarded when analysing the motives.

Victims and perpetrators usually know each other

Do you remember the second driver? "… are aware this problem can be secretly resolved by violation of the position of financial trust … "

An individual with a motive cannot commit a white-collar crime if the opportunity is not there. Opportunity is - metaphorically speaking, in reference to thefire - the fuel that makes the fire start and burn. The business model, the industry as well as the structures and processes influence the internal control system of every company.

This gives more or less opportunities that can be used due to the professional position.

The opportunity can - due to the considerably increased regulatory and legal requirements in the past 15 years - be most easily prevented procedurally and technically within the framework of internal control systems. The introduction of collective signatures already massively reduces the risk of fraud by internal perpetrators.

However, it must be considered that it is not the number of implemented controls that is decisive for the reduction of risk, but the design of these controls.

The identification of effective risk-minimising controls is of great importance and requires comprehensive knowledge in white-collar crime patterns (including thetopic of non-compliance and cybercrime).

In metaphors spoken the air - or one's own justification - keeps the fire burning. This third leg of the fraud triangle is one of the most complex when it comes to pre-emptively anticipating and mitigating it. Please do not forget:

The human brain is conditioned in such a way that no actions are taken unless they can be rationalised.

This begins with the simplest actions and ends with the most essential decisions. This is also the case when it comes to not complying with guidelines, regulations and laws.

These actions and justifications are rationalised to oneself and compared with the individual value system and personal beliefs.

Recording and assessing this value system and its beliefs is highly relevant in the context of recruting key positions.

But that is a topic we will discuss even further in the future.

The human factor with the potential to pose a risk or danger becomes more tangible through this component or rationalisation.

In practice, the justifications that the investigators learn from the perpetrators in the course of the investigations are of particular importance. They allow the hypotheses to be further developed, give clues to possible evidence and make it possible to read the offender(s) in terms of profiling.

Analysing the origin and effect of the three legs of the Fraud Triangle, it can be said that they are very closely interdependent. As mentioned at the beginning, fire requires several components. The same is true for a white-collar crime.

If these three conditions exist at the same time, the risk that an individual will be tempted to commit a white-collar crime increases to a maximum. As soon as one of the three legs breaks away, the act does not take place. Donald Davidson explained that an action does not take place until the individual has rationalised and justified it for himself. Without opportunity, an individual cannot follow their own motivation - even if the justification exists. Likewise, without motivation, no individual will come up with the idea of a justification - nor would this be possible without the driver of motivation. Likewise, without motivation, no one will look for useful opportunities.

Based on Donald Davidson's insights into the interdependence of the three drivers, concrete measures for practice can be derived. To ensure effective (fraud) risk management, it is necessary to focus on the elimination of at least one of the drivers. The ultimate goal should be to eliminate all drivers, which in practice requires a high investment of resources and is therefore illusory.

Nevertheless, it is important to consider these three drivers and their interdependence at different locations in the organisation and their processes and to initiate appropriate measures. One of the core elements remains the screening of third parties (individuals and legal entities) through background investigations. The risk of becoming a victim of a white-collar crime can never be completely eliminated, but active management of the drivers in the form of comprehensive (fraud) risk management can significantly reduce it. evenge,

The Fraud Triangle subsumes the feelings of revenge (primarily due to a lack of appreciation, confirmation and attention) in its various forms under the aspect of justification.

The justification is not always clear from the outset, neither for cybercriminals nor for real-world perpetrators. It often only establishes itself in the course of the crime. After crossing the magic border between legality and illegality, a justification for one's own actions - very often contrary to one's own values - is worked out.

For this reason, the motives and justifications can neither be kept razor-sharp apart in the real world nor in the virtual world.

With the human success factor at the centre, motivation - as a driver of white-collar crime and non-compliance – becomes the relevant and thus essential adjusting screw that needs to be identified, understood and adjusted.

With the drivers as a basis, the manifestations and patterns are created to achieve the goal. The driving forces as outlined in these sections allow the perpetrators to be creative and no less innovative in pursuing their goal. Be it as a lone wolf or as a group.

THANK YOU FOR SHARING, SUBSCRIBING AND REVIEWING

Thank you for joining me on this episode of THE HUMAN FACTOR – Corporate Integrity Matters.

If you enjoyed this episode, please share, subscribe and review on Apple Podcasts or Google Play Music so more people can enjoy the upcoming episodes.

Let me know what topic you would like to have on spot – via contact@structuul.ch

Further information about Corporate Integrity can be found on www.coporateintegrityconcepts.com

And if you are interested in becoming part of the amazing movement, join us on www.corporateintegrityacademy.com