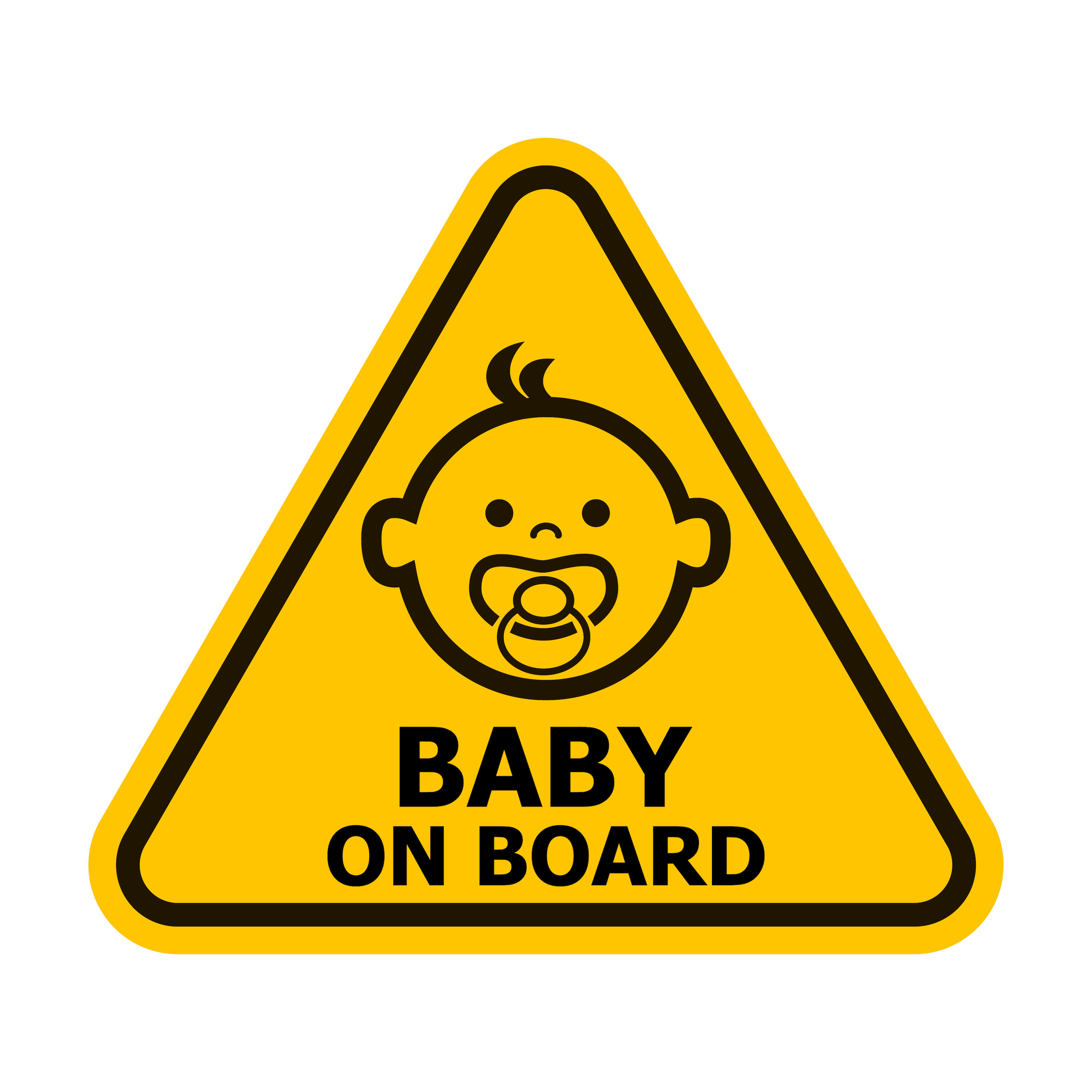 Vehicles can be very dangerous places for children. A lot of the dangers are unknown or less publicized. In this series, we are trying to cover and discuss some of the most common dangers in vehicles for San Antonio and Texas residents.

Justin Hill, San Antonio Injury Lawer: Welcome to Hill Law Firm Cases, a podcast discussing real-world cases handled by Justin Hill and the Hill Law Firm. For confidentiality reasons, names and amounts of any settlements have been removed. However, the facts are real, and these are the cases we handle on a day-to-day basis.

Justin: Welcome to another episode of Hill Law Firm Cases where we talk about what's going on at the Hill Law Firm, but we also talk about ways to keep yourself and your family safer on the roadways, on the job, in everyday life. One of the things we want to talk about today is keeping our kids safe in the vehicles. If you get on the internet, there's all kinds of information about properly installing and fitting car seats and children's helmets or bicycles, all types of information about how to increase the safety of your child in a range of environments and in a range of situations.

One of the things we want to talk about today is some of the more uncommon, I'll say, but very serious dangers associated with vehicles that we typically hear in the one-off story, the tragic story that you hear in the news and think, "That couldn't happen to me," but are real dangers and really happen to normal people doing their best every day.

In San Antonio, one of the things that people know about our city is it's very hot. You come around the San Antonio River Walk during the summer holiday when you get a lot of families down here going to SeaWorld, and I still look around and think, "Jeez, how is this a holiday for some people?" Because I'm very hot-natured, and I sweat, so I do not enjoy being out those really hot two or three months during the summer.

One of the things to consider in those hotlines or really all the time of the year, especially in South Texas, where it never gets too cold, is the risk of heatstroke. People talk about this oftentimes, and you hear about this in the media where people leave a dog or leave a child, unfortunately, in a vehicle, even for a short amount of time, and it can lead to heatstroke.

It's one of the leading causes of non-crash-related causes of death for children, and it can happen when kids are left in a hot car alone, and it doesn't take long to leave them in there for the vehicle to get so hot that their core body temperature gets too hot, and it can just overwhelm their little bodies. For example, the inside temperature of your car can rise almost 20 degrees Fahrenheit in 10 minutes.

If it's 100 degrees outside, you're talking, it's 120, 130, within 10, 15 minutes. Once a child's body temperature gets above 104, it's a very bad deal, and once it gets above 107, it can be fatal. These are really serious concerns. There's lots of things that we need to think about. We're going to talk about a few of those things, but one of them is just habit. As it relates to your vehicle, get in the habit of checking all of your seats before you lock the door and walk away. Make sure that you keep your vehicle locked if you have young children.

3 out of 10 heatstroke deaths in vehicles involve children just crawling into a vehicle and accidentally closing themselves into it. It's not being left. Almost 30% are preventable just by locking your car and keeping your keys away from your children. Third, pay attention to other vehicles you see. If you see a child or a dog, in my opinion, in a vehicle in a hot day or, really, any day, make sure to call the authorities if it looks like, or you even suspect a slight risk that the child could be in danger.

Never leave your kid in the car. Even if you just have to run in for a second, don't do it. People do not fully appreciate the risks of vehicle getting hot and what it can do to a child's body, even in cooler days. An outside temperature in the mid-60s can still lead to a vehicle getting over 110 if it's sitting outside, and that was a shock to me when I learned that fact.

Third and final on some additional tips is, this doesn't just happen in the South and the Sun Belt. This can happen in any community, in any state, anywhere in the United States. Texas is hot all over oftentimes of the year. Pretty much, everywhere in Texas is going to have 60 degree days throughout a year. We just talked a 60-degree day can lead to 110 in a car, so be careful with your kids in vehicles. Keep it locked. Do not let kids play in vehicles.

Remember the risks associated with heatstroke. It's a real thing, so be careful. Texas is hot, be safe with your vehicles, and be safe with your kids. Next thing we want to talk about, and I've actually worked on one of these cases. One of the more tragic cases I've worked on, that we ended up in litigation against a major car manufacturer, was backover litigation.

In our case, a father was reversing early in the morning, and his kid was behind his vehicle, and he didn't see him. His mirrors did not catch his kid, and unfortunately, his kid was killed. The lawsuit centered around the fact that basically, every vehicle on the market at that time had either backover sensors or reverse sensors or rear cameras to shield and protect against this kind of risk.

Many car manufacturers wait until the last minute either to save money or to avoid having to match the competition, or they just don't think there's value in it. They'll avoid adding safety measures that can save lives. In that case, we were able to come to a good resolution, in my opinion, but there is no resolution for a family who's lost a child in that way.

Backovers are a real cause of death of kids all over America all the time, not only for stationary, children sitting behind or playing behind a vehicle but also darting children who dart behind a vehicle while it's reversing. Some prevention tips provided by NHTSA are, one, teach your kids that you do not play around, under, near vehicles.

Like we talked about heatstroke, vehicles are off-limits. As a kid, I used to play in an old truck that we had that was broke down. I didn't realize how many dangers there are associated with that. I will never allow my child to play in or around a vehicle for the reasons we're talking about today. Before you leave, always walk around your vehicle, and take a look.

I've become accustomed to doing that because I have chickens, and one time I ran over a chicken. It was sleeping under my vehicle, I guess, because of the shade, and even though I did not reverse quickly, it didn't get out of the way, so now it's part of my everyday practice whenever I reverse. Teach your children that any moving vehicle is something to get away from. Don't stand there. Don't stand near. Move away from it.

Make sure that when you're reversing that you're paying attention to all sides, your side view mirrors, your rearview mirror, your camera, if you have one. Not only because of something that could be behind but because something that could end up behind you from either a child or a dog, somebody running in behind you. Lastly, if you can and your means allow for it, make sure that you really attempt to protect a vehicle with all the safety features that you need to protect yourself, protect children.

There are many safety devices, some beep, some detect cross-traffic, some are cameras, but there's a lot of great safety devices out there, so make sure you get what you can get. The third thing we want to talk about today, another risk, which I've seen litigation surrounding this, are power windows. There was a time which a power window was activated to close by pushing down on it, and they didn't have safety cutoffs.

There were instances in which children stood up on the side armrest, stepped on the window switch, and that downforce on the switch caused it to close, and there were children that were suffocated. Many children are injured in power windows, not just from being suffocated but from their hands and their fingers and their wrists being caught in it. A few prevention tips provided by NHTSA are, first of all, like we've talked about, vehicles aren't toys.

Teach your children that vehicles aren't toys. They're not supposed to be played with. When your child is in the vehicle, they need to be properly restrained in the age-appropriate car seat or booster seat or whatever the law dictates for your state and whatever safety dictates for your child. Look and make sure that there is nothing in a window when you're opening and closing them. If you have a child in a booster seat in the back, make sure that they're not sticking their hand in the window as you're opening or closing it.

Also, make sure you don't leave vehicles on, even though the engine might be off, but in that on position to where windows will open and close while your kid is in the car alone. Again, don't leave your kid in the car alone. Some of the other things you might want to know about power windows are your vehicle may have child safety settings for power windows, like window locks and things like that. [clears throat] Also, newer model vehicles have pull-to-close switches, so instead of pushing down to close the window, you have to pull it up.

This was such a simple fix in a lot of what was happening to children. It surprised it took so long for the industry to make such a simple fix to save lives and save kids. Finally, if you're looking at new cars, pay attention. There are some vehicles that the automatic windows have a reverse if something is stuck in the window, so if it detects something, it automatically will close itself.