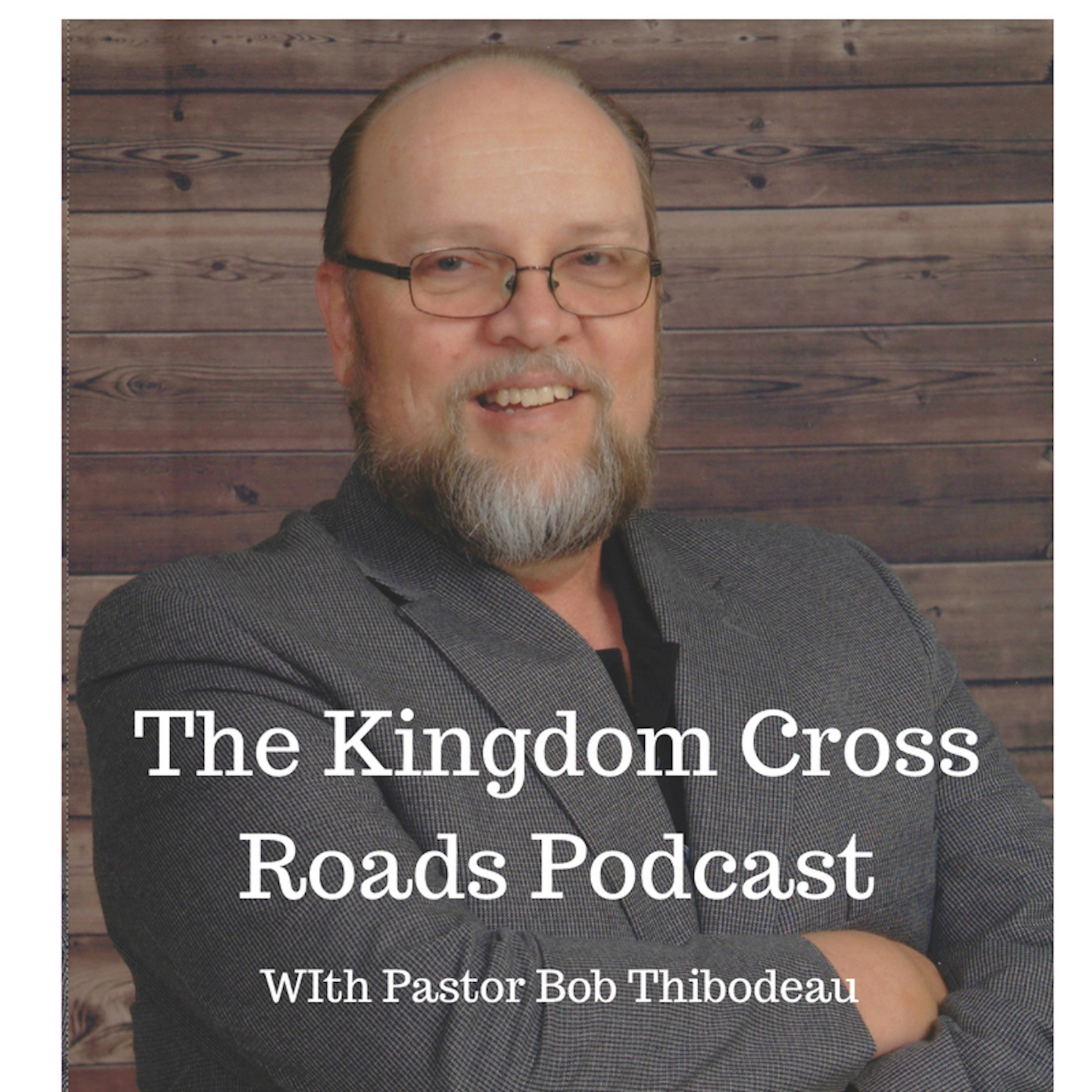 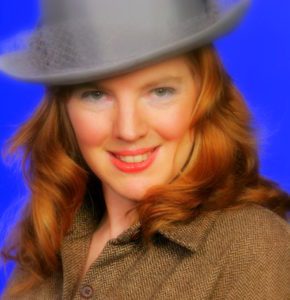 That being said, there is a rampant evil in this nation right now. An evil that is trying to twist the Truth into a lie. An evil that despises the Christian-Judeo form of society that our Founding Fathers established. The Bible has been the basis of this nation since the Pilgrims established the Mayflower Compact prior to disembarking onto the shores of Plymouth, Mass.

Recently, there two horrific mass murders committed by evil inspired people. One in El Paso, Texas and one Dayton, Ohio.  As can be expected, the liberal media has turned these to tragic events into political turmoil in an effort to promote their anti-God, anti-Bible, anti-gun and anti-Trump agenda.

In an effort to bring clarity to this situation and to promote the TRUTH, not a slanted pro “this or that” agenda, I want to dedicate this program to THE TRUTH.  Jesus said, “You will know the Truth and the Truth will set you free.”  Freedom. The Freedom our Founding Fathers instilled in the Founding Documents of this nation. Our GOD GIVEN RIGHTS.

Christine Smith is our guest today will help me to discuss, not only these events, but other things that the demonic forces are doing to try and destroy this nation and our Christian heritage.

Christine has written an article titled, “Why This Christian Supports Gun Freedom”– I’ll have a link to the article in my show notes and encourage you to read it in its entirety. But I wanted to talk with Christine about this article, her position on the shootings and her take on what is truly undergirding the evil we see in America today.

Christine Smith is a Christian political commentator, writer, author and speaker. Her articles have been published in hundreds of publications and she has appeared on numerous talk shows due to her Christian beliefs and her Constitutional approach to domestic and foreign policy.  You can read all of her articles and blog posts, see and hear some of her interviews and more, on her website at www.ChristineSmith.US

Help me welcome to the program, Christine Smith!  Christine, thank you for coming back on the show today!

Ok, Christine, I know we are in agreement that what happened in El Paso and in Dayton were tragic events. We are not minimizing the loss of life nor the grief and loss those families are enduring.  But I want to focus on the macro picture in this interview. Not the microcosms that the news media focuses on.

I mean, I could make the case that there are 50,000+ deaths each year involving car accidents. Then make the claim that this did not happen until automobiles were readily available and then proceed to try and outlaw them or seriously restrict their availability – all in the name of reducing motor vehicle deaths.

But that would be absurd. Yet, that is what is happening in America today with ANYTHING the socialist determine could somehow be related to the founding of the freedoms this nation has enjoyed for over 240 some odd years.

I guess, the first question I have for you is this…what motivated you to write, the article we referenced above, in the first place?

I think it was the Bill Clinton administration that abdicated “never let a major catastrophe go to waste,” (or something similar to that). You discuss that right at the beginning of your article…

Recently, President Trump called out Representative Elijah Cummings of Baltimore on Twitter. It received a lot of attention. Unfortunately, and I truly hate to admit it, I live in this God forsaken state and near the dark abyss of Baltimore, praying for permission from God to leave this hell hole…but I believe He has me here for a reason. I kind of feel like the Apostle Paul must have felt every time he was tossed into prison again and again…but I digress…

The Twitter feud between the President and Elijah Cummings shined the light on the blight of Baltimore; the BILLIONS of dollars that has been “lost” that the Federal Government has sent to Baltimore and the blight of most major cities in America. In fact, despite the continued claims of Democrats of the “terrible policies of the Republicans causing the mess,” Baltimore City Council has not had a single Republican on the City Council since – get this – 1942!  Baltimore was once hailed as the most prosperous city in America because it was so close to DC.

Most major metropolitan cities are under the political control of the Democrats. And the Democrat polices – the SOCIALIST policies sparked by LBJ’s “Great Society” have failed, miserably, in ALL of these cities.

I can speak to Baltimore’s numbers, dozens shot every week. Almost 30 per month killed. Yet the focus is on 30 in one weekend in two different cities. Yes, terrible, but nobody is talking about the big picture.

You state, in your article, “Don’t play word games with liberals. Do not even begin to think they have the same goals for society and protection of people as you do.”  Explain in a bit more detail what it is you are talking about there.

You state, “The clamor of the Democrats cry to “do something” is not to save lives – but gain power.” I could not agree more. But could you explain that for our listeners?

We agree, you used the term in your article and I’ve used the same term in sermons, that the Democrat Party is the “party of death.” Everything they touch seems to promote death in some form or fashion. Abortion, euthanasia just to name a few. Can you explain why you called them out on this in your article?

Many people feel these problems can only be fixed by a bigger role of the Federal Government in our daily life. The Democrats truly believe that. I also believe many Republicans today do as well. But that was not the belief that our Founding Father’s had. That is also the primary reason the 2ndAmendment was put into the Constitution. The saying goes, “If guns are outlawed, only outlaws will have guns.” But in addition to that, I believe the number of gun owners is the only thing that really prevents the government from being even more intrusive in our life. What is your view on that?

If someone wanted to reach out to you, ask a question, do an interview such as this or read your blogs and articles, how they do that? How can they get in touch with you?

Folks, there is nothing else to say that Christine has not already emphasized. We, the TRUE CHRISTIANS in this nation, need to vote. The time for voting for the continued broken promises and lies of the Demonic Party should be over. The time for the Revolution has arrived. We have been given a brief reprieve by God Himself. We should be, as a nation, be destroyed. We deserve everything that is happening that is wrong in this nation. Everything. We are owed NOTHING by God. He gave us the greatest nation this planet has ever seen. And we squandered it to almost a third world status.

Only by God’s Grace and His Mercy…only by His direct intervention in the 2016 election, where we were supposed to coronate Hillary, the Liberal Queen, but instead, God Divinely intervened to give us one last chance to repent and move back towards Him – only because of His Graciousness, are we even able to HOPE for the future right now.

It is up to you, to me and to every born again believer, to put aside your personal agendas of “what’s in it for me?” and to vote for the Bible. To vote for Godly values. To vote for Godly Morals. Only if you do that, we will even have anything close to nation by the time 2024 roles around. 2020 is coming. It is a cross-roads for America. If you fail to take the correct path – all is lost. It’s as simple as that.

Christine, thank you so much for coming on the program today…

Go to the show notes below and get in touch with Christine. Subscribe to her blog. Send her some financial support so she can continue to “Get the Word Out!”

For Christine Smith and myself, this is Pastor Bob reminding you, BE BLESSED IN ALL THAT YOU DO!

Support Christine’s efforts to “Get the Word Out!” about these issues by sending along some financial support. Her efforts cost money. We all need to pitch in and support those who are “standing in the gap” on our behalf.  Use this link, NOW, to send along some love, financially. Help her out so she can continue the battle. This link is also available on her website.