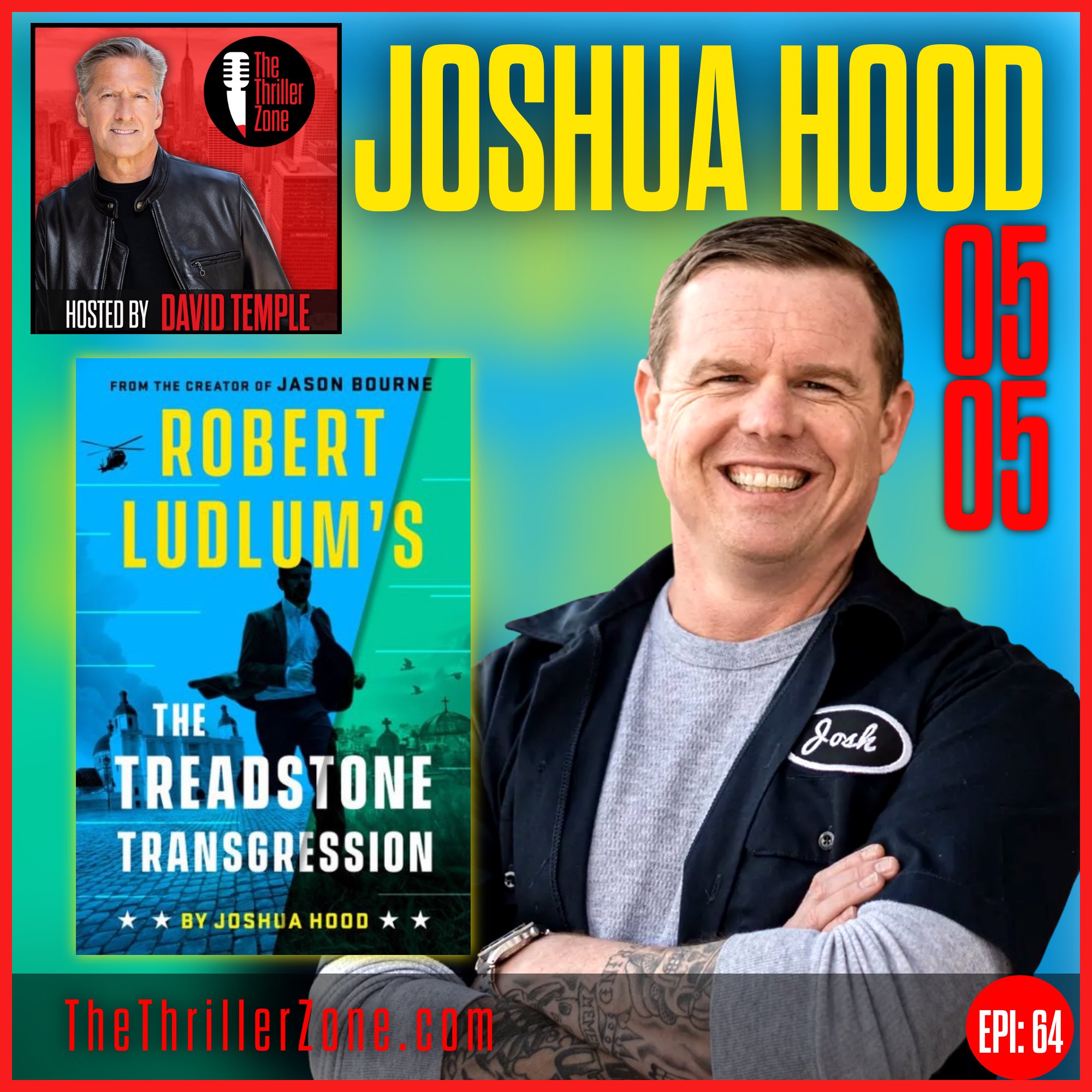 When you meet Josh, aka @joshuahoodbooks, you don't initially know if he's angry, super-focused, or thinking about something else. Then, as you unwrap the conversation, you'll see he's a thoughtful, introspective, and guy who has a mad talent to write.

On Episode #64 of The Thriller Zone, I'm happy to spend a bit over an hour speaking with this driven, opinionated, and (again) talented young man.

He's served his country in the 82nd Airborne, as a sniper team leader on a SWAT Team in Memphis, he's been awarded the lifesaving medal for an act of heroism in the face of danger, and when he's not doing all that...he's tending to his young son Jake, and daughter Marlow.

Do me a favor; heck, do us both a favor, and carve out an hour to hear Josh's thoughts on what it takes to craft a successful writing career, and what it was like to be offered the job of writing a Robert Ludlum book, carrying on the legacy of one of the greatest thriller writers in the world.

But most impressive? Could be the discussions on his observations on the mind's ability to adapt to change, the topic of "neuroplasticity," what he reads in his spare time (when not writing thrillers), and what his protagonist ADAM HAYES is doing in his latest thriller, THE TREADSTONE TRANSGRESSION...as well as what he's got up his "tatted sleeves" next!

And as always, THANK YOU for listening, watching, liking, sharing, and subscribing to my podcast. I love my job and I so appreciate your support.

If you're looking for a Website Developer & Host who offers exceptional service, security, and peace of mind, look no further than AuthorBytes.com. With industry leading technology, new & improved SEO for enhanced book discovery, blazing fast load times, plus 24-hour security, all built upon the legendary WordPress, this is the company to trust. If you're an author, a media personality, or a social influencer, you know the importance of a rock solid website. So, when you're ready to up your game with a website that takes your business to the next level, take from a guy who uses them too. Hire AuthorBytes.com where "Hope is not a strategy." Sign up today and get 3-months with a 1-year contract, with the CODE: "thethrillerzone." AuthorBytes is a proud sponsor of TheThrillerZone.com and DavidTempleBooks.com