“Those wedge shots hit out on the toe or high in the face that don't go anywhere? They're not your fault." 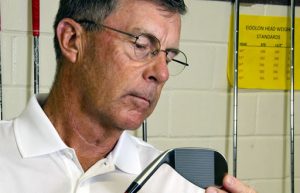 Terry Koehler is known as “The Wedge Guy” for good reason. In fact, Pope Francis – who plays 4 rounds a week on the Vatican’s private golf course – recently named Terry as the “Patron Saint of Wedge Play.” Unfortunately, his installation ceremony in Rome has been delayed because of the pandemic.

But if you dig a little bit deeper into Terry’s background, or are a reader of his hundreds of blog posts, you know that his depth of knowledge regarding the game of golf, and about the golf equipment industry, goes far beyond wedges.

If you follow Terry, you know that when it comes to golf, he’s always opinionated and often thought provoking.

For example, Terry believes that:

Over the course of his history in the golf business, the connective tissue in his career path is Terry’s passion for craftsmanship, precision and performance when it comes to golf equipment.

So it’s not surprising that Terry came out of retirement in 2018 to create a company with a value proposition based on those three attributes. And also not surprisingly, it’s a company called Edison Golf, that makes Edison™ Forged wedges.

On how he got started in golf: “I do not remember life before golf. I grew up playing on a 9-hole public golf course in a small town in south Texas, and that where I spent my summer days."

On his golf equipment education: “In my early career as a marketer, I spent a lot of time in the "back end" of golf companies, asking them questions like, "Why did you do that to the golf club?" and 'Why does that golf club do this?"

On his fascination with wedges: "After testing golf clubs for more than 20 years, I can say that wedges are the most volatile clubs in our bag." 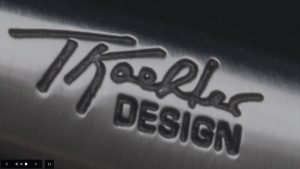 On gaining short-game consistency: “For the average golfer who plays once or twice a week, it's easier to manage the flight and roll out of the golf ball around the green by changing your golf club on a shot, rather than trying to change your technique."

On how he protects his technology from being copied: "It's going to happen. When Big Bertha was introduced, people laughed at how big it was, but within one season every golf company had a driver the size of Big Bertha. If something comes along that works, it will be copied by everybody, because golf club technology is very hard to protect."

On the power of brand name golf clubs: “People trust know brands in any product category. But if you look at where innovation comes from, it's usually from unknown, upstart brands. And that fact has always been inspirational for me."

His response to people who question his wedge design: “I doesn't offend me that people have their opinions, but I've been studying wedges for 30 years. It's what I do for a living. I've analyzed 50,000 wedge fitting profiles. If you haven't done that, I think it's pretty difficult to critique what I know with what you think you know."

On his meeting Ben Hogan: "He was my childhood idol as a golfer. I've always studied his life and read his books. One of the things Hogan said, when he was asked how he wanted to be remembered was, "I want to be remembered as a gentleman." I got to meet him twice, and he was everything that people said about him. He was polite and a perfectionist."