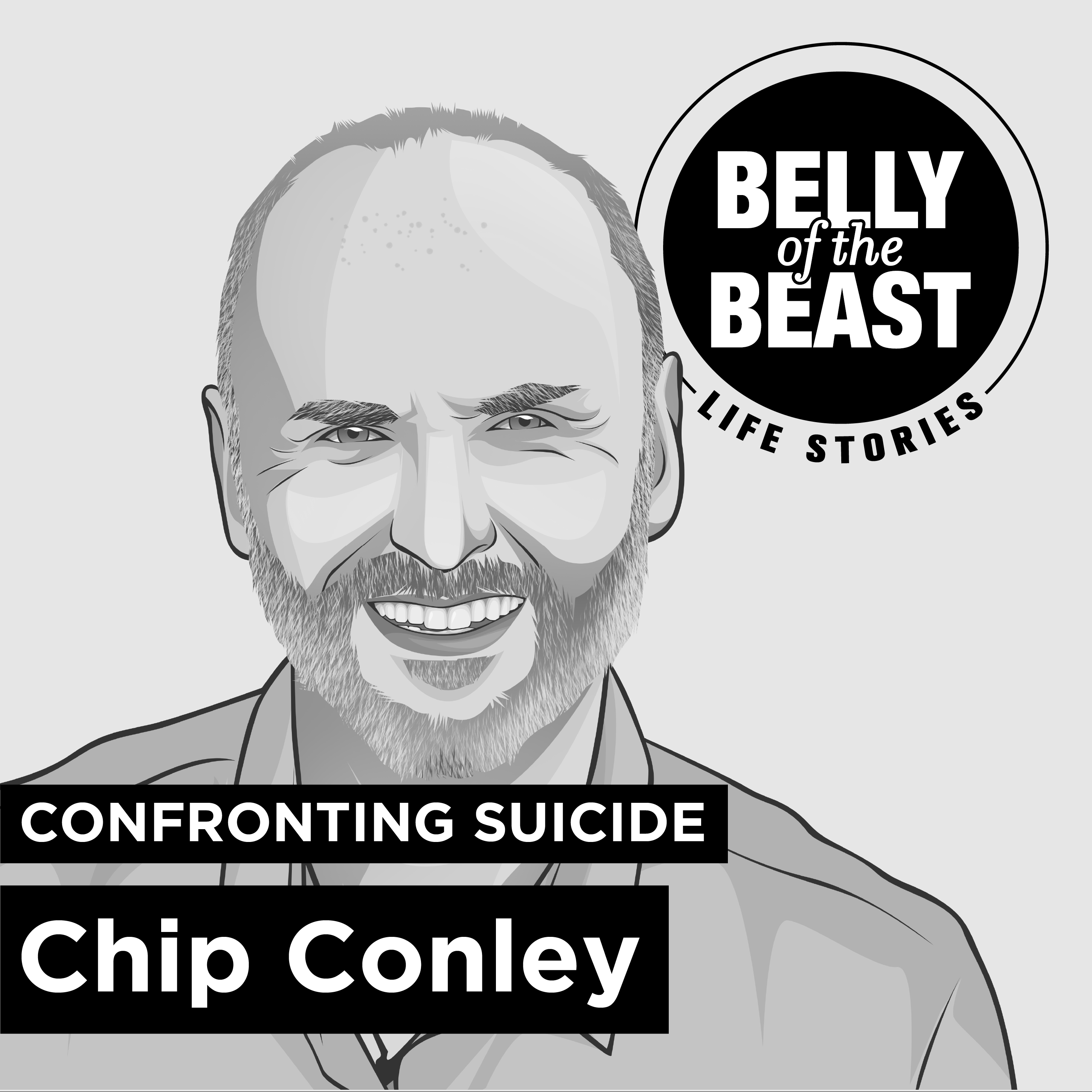 New York Times Best Selling author Chip Conley describes the period of his life between the ages of 45 and 49 as his ‘dark, gooey stage’ of life. A pattern of events led Chip to believe the entire world was conspiring against him, and that suicide was the only option -- a chance to just press the reset button.

Several of Chip’s male friends had committed suicide (it's more common for men to be successful at taking their own life), and taking a fatal jump off his beloved Golden Gate Bridge in San Francisco seemed like a romantic way to go. He grabbed his journal, keys and headed to his car.

Miraculously while sitting in his car jamming his keys so hard into a numb hand, Aretha Franklin’s soulful version of ‘Amazing Grace,’ the classic gospel song, came on the radio. In that moment, Chip reached for his phone and called a friend for help.

Chip’s a Modern Elder and his message of hearing grace in a dark time is one of hope. Chip now works with men and women at his Modern Elder Academy in Baja, Mexico to help them see that they have choices -- and to make a ‘mid-life’ edit to let go of and evolve out of old patterns.

- Chip felt the whole world was conspiring against him

- He was sitting in his car, ready to drive to the Golden Gate Bridge and press the ‘reset button’ on his life

- In that moment, the song Amazing Grace comes on and it softens him, a tearful moment

- Conley provides the back story on what was going on in his life during this period in time, his ‘dark, gooey stage of life’

- He felt suffocated by his business, his relationship wasn’t working out

- Conley talks about wearing the ‘mask of the achiever’

“I just immediately had the full tearful reaction to the idea that I could have another choice. I didn't have to imagine committing suicide as a way of pressing the reset button on my life.”

“So what was happening inside of me is I felt just this heavy blanket on top of me. I felt very dark inside. I felt.... I think the word I felt when anything was cursed. I felt cursed. And to feel cursed is an awful feeling. I was running the second largest boutique hotel company in the US called JdV and I wasn't feeling much Joie de Vivre, which means joy of life in French. And I was really in a state of disbelief that I was supposed to somehow in a time where I felt completely ill equipped to even show up at work, to somehow be figuring out how to save a company of 3,500 employees while I was just like, frankly, on a an internal basis, just trying to figure out how to save myself.“

“Men are much more likely to successfully-- I hate to use that word-- commit suicide than women. Women actually try it not as much as men. I think about half as much as men, but are less likely to have it work, partly because men use guns more and women tend to use pills more and a gun is more lethal in a lot of cases.”

“Looking in the mirror at myself, I didn't see somebody I knew. I saw somebody who looked scared and defeated definitely. And more than anything, I think I saw someone who just wanted to press the reset button on my life, and yet I had been trying to.“

“But my indicator of my emotional intelligence today is how am I cultivating and harvesting joy in my life, not just for myself, but for others as well.”

Your podcast is a sacred space and judgment free zone. It's free of advertising and outside influence -- 100% listener supported.

A podcast where you can feel safe to listen and know that you're not alone. Transformation is scary, but not a single butterfly has ever attempted to climb back into the cocoon.

To keep us advertising free and support our mission to heal, inspire and shape lives with extraordinary personal life stories, chip-in $5 a month at BellyStory.com/support.

To submit your story, sign-up for new episode emails, contact us or support our mission with a donation, visit: