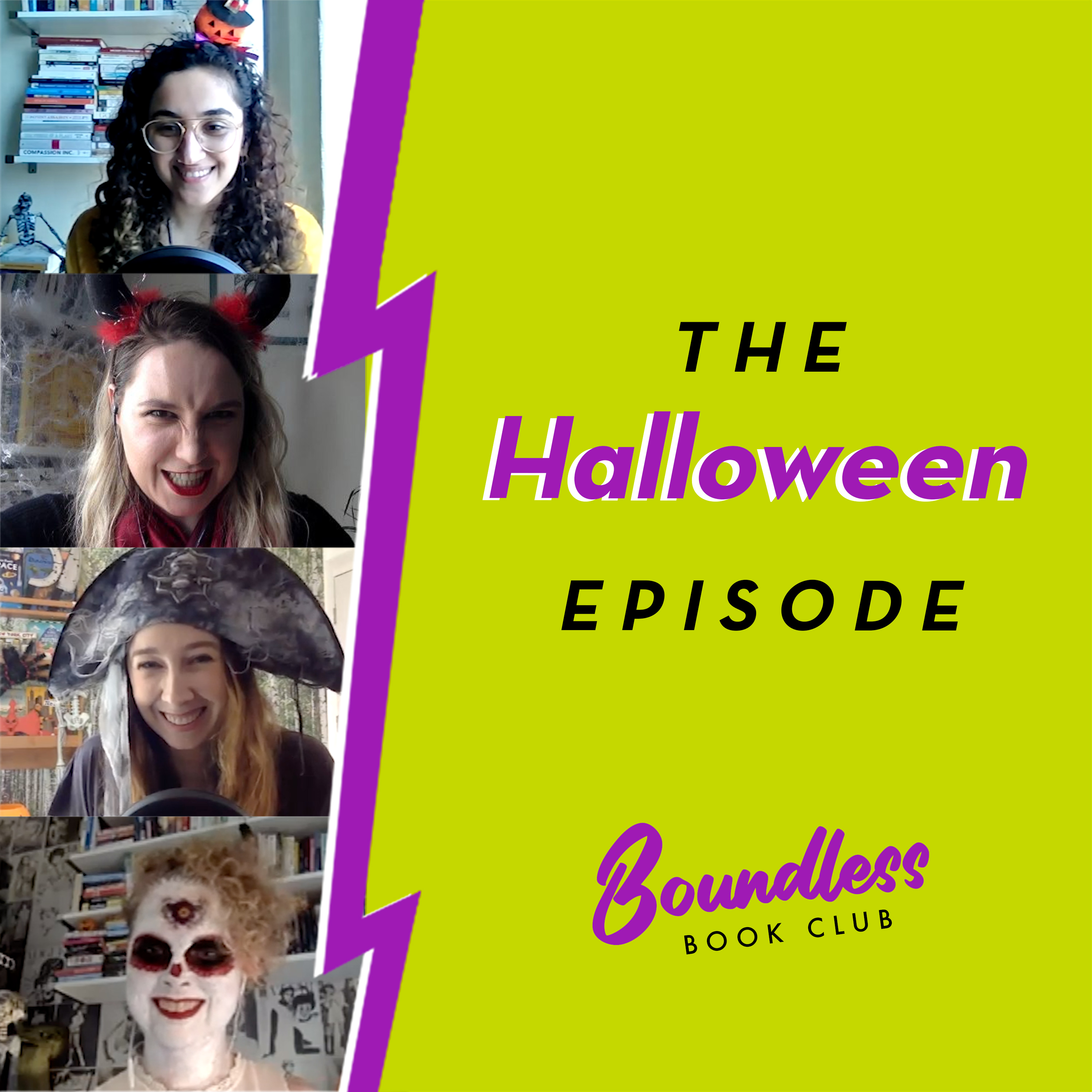 What was the last book that really scared you? Get a cauldron-sized pumpkin latte ready for this special Halloween episode of the Boundless Book Club where you’ll find Ahlam, Andrea and Annabelle talking to Jessica Jarlvi, author of psychological thrillers When I Wake Up and What Did I Do? about what scares them in real life and fiction, and the books they’d recommend, from a solid thrill to pure hide-beneath-the-covers terror.

When Ignatius Perrish’s girlfriend is found raped and murdered in his small New Hampshire hometown, everyone thinks he’s guilty. Without enough evidence to prove otherwise, Ig sets about to find the real culprit using the devilishly powerful horns he’s mysteriously acquired on his forehead overnight. A clever take on a classic tale of good vs evil that incorporates first love, childhood friendships, a chilling crime, and an exploration of what makes a monster and what makes a man.

Let the Right One In by John Ajvide Lindqvist

Twilight fans beware, none of the vampires in this story are sparkly and nice - Swedish horror master John Ajvide Lindqvist has seen to that. In a dreary suburb of Stockholm, a bullied twelve year-old boy notices new neighbours arrive suspiciously in the dead of night in - a young girl and an older man. The true nature of their relationship and those that develop throughout the book are more terrifying than you can imagine.

If you’ve ever found porcelain dolls a little bit creepy, this book won’t help shake that fear. A young girl loses her best friend and goes to stay with her cousins on a cold and remote island in an old schoolhouse. Little does she know that while the teachers and students are long gone…they left something far more sinister behind.

The Grownup by Gillian Flynn

A chilling short story from the author of Gone Girl in which a sex worker becomes a palm reader and is drawn into the life of a family through a reading. What begins as an investigation of a malevolent presence in the family’s house becomes a wider fear of the family members themselves.

Ahlam bolooki is the festival director for the emirates airline festival of literature, the largest celebration of the written and spoken word in the arab world. Ahlam finds it difficult to choose a favourite genre as it’s always changing and she’s still in the midst of discovering her literary self. She’s catching up on all the gems she missed as a child such as the little prince and the giving tree, but has also developed a new appetite for crime fiction so who knows what’s next?

Andrea gissdal is the head of communications and marketing for the emirates literature foundation. From a voracious and indiscriminate reader as a child, to a part time bookseller as a student, as an adult she has become a literary omnivore but with a preference for fiction. She also dabbles in creative writing, and has a penchant for scrabble.

Annabelle corton is part of the team that puts together the programme of events for the emirateslitfest each year. She runs the festival book club and has a background in guesting and presenting on talk radio shows about various literary topics. She likes words like ‘equinox’ and ‘vespa’, and loves a good pun. She’ll read anything in reach, but has a fondness for witty tussles of good vs. Evil on page and screen, especially vampire fiction where a great deal is at stake. Get it? stake? ….she’s not sorry.