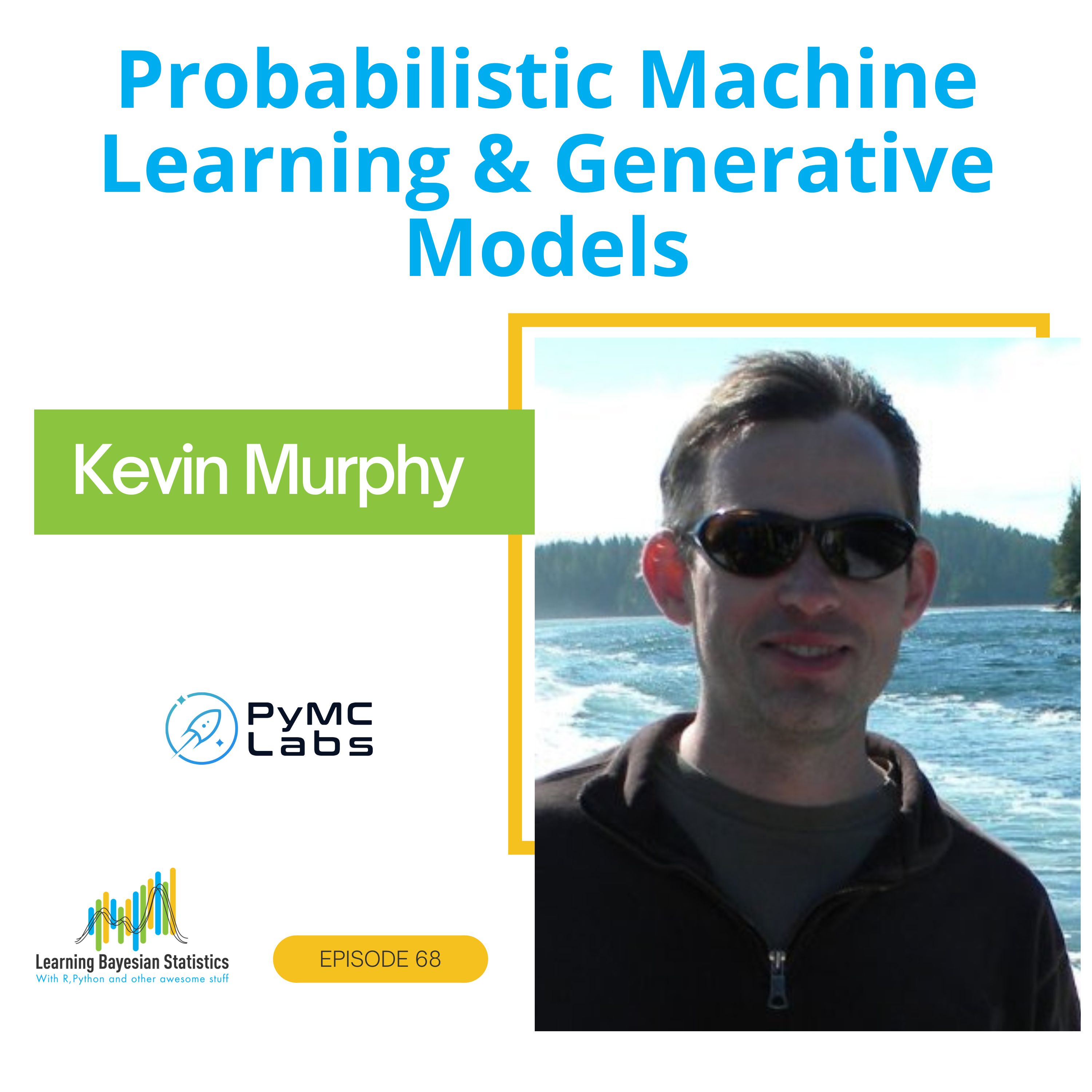 Proudly sponsored by PyMC Labs, the Bayesian Consultancy. Book a call, or get in touch!

Hosting someone like Kevin Murphy on your podcast is… complicated. Not because Kevin himself is complicated (he’s delightful, don’t make me say what I didn’t say!), but because all the questions I had for him amounted to a 12-hour show.

No, I'm kidding. Of course I didn’t do that folks, Kevin has a life! This life started in Ireland, where he was born. He grew up in England and got his BA from the University of Cambridge. After his PhD at UC Berkeley, he did a postdoc at MIT, and was an associate professor of computer science and statistics at the University of British Columbia in Vancouver, Canada, from 2004 to 2012. After getting tenure, he went to Google in California in 2011 on his sabbatical and then ended up staying.

He currently runs a team of about 8 researchers inside of Google Brain working on generative models, optimization, and other, as Kevin puts it, “basic” research topics in AI/ML. He has published over 125 papers in refereed conferences and journals, as well 3 textbooks on machine learning published in 2012, 2022 and the last one coming in 2023. You may be familiar with his 2012 book, as it was awarded the DeGroot Prize for best book in the field of statistical science.

Outside of work, Kevin enjoys traveling, outdoor sports (especially tennis, snowboarding and scuba diving), as well as reading, cooking, and spending time with his family.