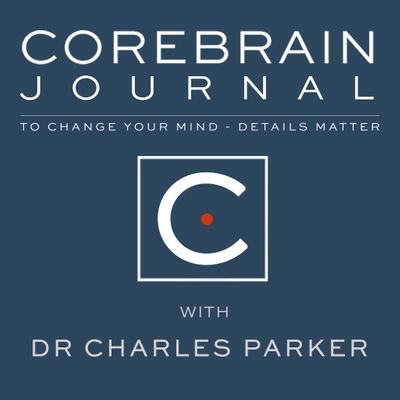 Recognize Dementia Early To Turn It Around

Until now dementia was thought to be irreversible. It's my mission now to let others know they do have options. Don't become a "Still Alice" and pretend to yourself it will finally get better. Dig in and start now with finding answers to the complexity of memory challenges.

Dorothy Kuhn, from Denton, TX is a physicist who became a business turn-around expert. Under family pressure, after denial, she belatedly discovered dementia. Her intelligence fed her denial. She turned dementia around too. She created a system that makes recovery simple and fun. Here's how she did it:

She graduated in Physics and Math, won her first professional position knowing more quantum mechanics than anyone else. Honored to be Texas Instruments' representative to Carnegie Mellon University, she co-authored the industry standard in Systems Engineering and served as Product Manager for its assessment method, turning her focus from technology alone to the process of how teams work well together and get great results. TI and others have used this to expand profitability, market share and building great teams.

Dorothy next expanded on this TI initiative to help other companies get the results they want. From Fortune 50 to middle market firms, she's turned them around from swamped to smooth sailing. She showed them how to identify and solve their problems at the root-cause, and then plan a setup for the long term success they want. Her consultations created greater profit, happier employees and owners who could "breathe easy" again.

When she began suffering with the early signs of dementia, she partnered with her doctor, using these same skills to turn her denial and memory loss around. For months, she didn't talk about her recovery, then she realized her new reality ... other people deserve to know. She looked back at her recovery process, partnered with her doctor, and created a system to make dementia recovery uncomplicated for anyone.

Since then, she's gone on to become a sought-after speaker, international best selling author, win the respect of her colleagues and clients, and help others turn-around dementia like she has.

Dorothy loves her life, once again.

In Her Words: A Brain Fog Shock

Had you been with me the Sunday after Thanksgiving 2013, you would have witnessed the scariest moment of my life. I'd enjoyed a great weekend with my two grown kids when on Sunday, I was talking with my son as though the conversation we had just the day before, had never taken place. My daughter looked at me with that teenage "AAAAHHH" all over her face that said 'What is going on with you, Mom?!' In an instant, my 3-year struggle with memory & focus escalated to emergency.

Next morning, I called my doctor.

'You have to get me to the best brain guy in Dallas – second best will not do.' 'Dorothy, what's going on?' People who know me, know me for being lucky. Very lucky. 'Dorothy, I can get you to the best in Dallas. Used to work with them. Here's what they'll tell you: Come back when it's really bad.' I was thinking 'This is kickin' my Texas tuckus now!'

Part of why my medical doctor went into medicine, her grandmothers passed miserably from it. She promised herself she'd do everything she could to make it go away. She saw me that week. Three months into treatment, I asked her: 'How much runway does this buy me? 6 mos? A year? 5 years?' She said 'Dorothy, you keep up these new habits, and you'll have a dementia-free brain for as long as you live.'

I continued to get better. And still, for a long time, I didn't talk about it. When you think of yourself as smart, it is hard to admit. I hid it. Felt shame. What would my clients think? Then God put it on my heart to share, because other people deserve to know.

Dorothy's personal dementia experience encourages all of us to become more aware of brain deterioration and the strong possibility of DIY, Do It Yourself, thinking... especially if a person is bright in the first place. The problem with no program - no recovery structure: one remains in denial.

Her Message: In Three Sentences:

Start early at the first sign of memory deterioration. Find someone to work with who doesn't box you right away to the label of Alzheimer's and use only medications for self management. Address the complexity of dementia with a comprehensive program.

020: Amy McCae is a relationship coach, holistic in her perspective, with a clear focus on hormones, nutrition, and consideration for all of the variables that need attention in a busy life. Relationship management evolves to include thoughtful consideration of additional challenges that can contribute to relationship deterioration.