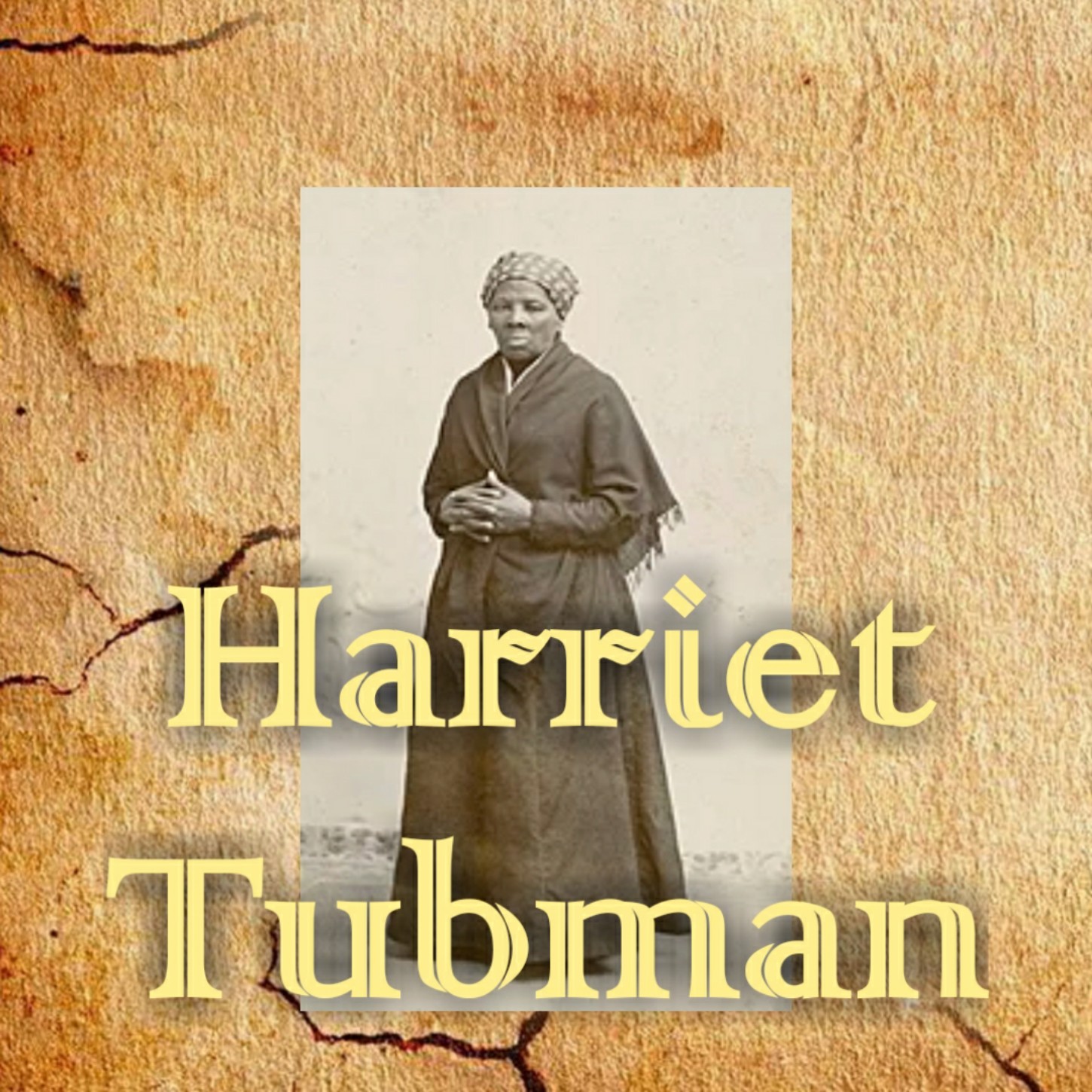 Join us Every weekday morning live on our new show starting regular shows in January. Find us here and subscribe to know when we go live. We would love to have you join the conversation.

Tubman was born Araminta "Minty" Ross to enslaved parents, Harriet ("Rit") Green and Ben Ross. Rit was owned by Mary Pattison Brodess (and later her son Edward). Ben was held by Anthony Thompson, who became Mary Brodess's second husband, and who ran a large plantation near the Blackwater River in the Madison area of Dorchester County, Maryland. As with many slaves in the United States, neither the exact year nor place of Tubman's birth is known, and historians differ as to the best estimate. Kate Larson records the year as 1822, based on a midwife payment and several other historical documents, including her runaway advertisement,[1] while Jean Humez says "the best current evidence suggests that Tubman was born in 1820, but it might have been a year or two later".[4] Catherine Clinton notes that Tubman reported the year of her birth as 1825, while her death certificate lists 1815 and her gravestone lists 1820.[5]

Map of locations in Maryland, Pennsylvania, New York, and Ontario

Modesty, Tubman's maternal grandmother, arrived in the United States on a slave ship from Africa; no information is available about her other ancestors.[6] As a child, Tubman was told that she seemed like an Ashanti person because of her character traits, though no evidence exists to confirm or deny this lineage.[7] Her mother Rit (who may have had a white father)[7][8] was a cook for the Brodess family.[4] Her father Ben was a skilled woodsman who managed the timber work on Thompson's plantation.[7] They married around 1808 and, according to court records, had nine children together: Linah, Mariah Ritty, Soph, Robert, Minty (Harriet), Ben, Rachel, Henry, and Moses.[9]

Rit struggled to keep her family together as slavery threatened to tear it apart. Edward Brodess sold three of her daughters (Linah, Mariah Ritty, and Soph), separating them from the family forever.[10] When a trader from Georgia approached Brodess about buying Rit's youngest son, Moses, she hid him for a month, aided by other slaves and free blacks in the community.[11] At one point she confronted her owner about the sale.[12] Finally, Brodess and "the Georgia man" came toward the slave quarters to seize the child, where Rit told them, "You are after my son; but the first man that comes into my house, I will split his head open."[12] Brodess backed away and abandoned the sale.[13] Tubman's biographers agree that stories told about this event within the family influenced her belief in the possibilities of resistance.[13][14]

Part of a series on

By country or region

Tubman's mother was assigned to "the big house"[15][16] and had scarce time for her family; consequently, as a child Tubman took care of a younger brother and baby, as was typical in large families.[17] When she was five or six years old, Brodess hired her out as a nursemaid to a woman named "Miss Susan". Tubman was ordered to care for the baby and rock its cradle as it slept; when it woke up and cried, she was whipped. She later recounted a particular day when she was lashed five times before breakfast. She carried the scars for the rest of her life.[18] She found ways to resist, such as running away for five days,[19] wearing layers of clothing as protection against beatings, and fighting back.[20]

As a child, Tubman also worked at the home of a planter named James Cook. She had to check the muskrat traps in nearby marshes, even after contracting measles. She became so ill that Cook sent her back to Brodess, where her mother nursed her back to health. Brodess then hired her out again. She spoke later of her acute childhood homesickness, comparing herself to "the boy on the Swanee River", an allusion to Stephen Foster's song "Old Folks at Home".[21] As she grew older and stronger, she was assigned to field and forest work, driving oxen, plowing, and hauling logs.[22]

As an adolescent, Tubman suffered a severe head injury when an overseer threw a two-pound metal weight at another slave who was attempting to flee. The weight struck Tubman instead, which she said "broke my skull". Bleeding and unconscious, she was returned to her owner's house and laid on the seat of a loom, where she remained without medical care for two days.[23] After this incident, Tubman frequently experienced extremely painful headaches.[24] She also began having seizures and would seemingly fall unconscious, although she claimed to be aware of her surroundings while appearing to be asleep. This condition remained with her for the rest of her life; Larson suggests she may have suffered from temporal lobe epilepsy as a result of the injury.[25][26]

After her injury, Tubman began experiencing visions and vivid dreams, which she interpreted as revelations from God. These spiritual experiences had a profound effect on Tubman's personality and she acquired a passionate faith in God.[27] Although Tubman was illiterate, she was told Bible stories by her mother and likely attended a Methodist church with her family.[28][29] She rejected the teachings of the New Testament that urged slaves to be obedient, and found guidance in the Old Testament tales of deliverance. This religious perspective informed her actions throughout her life.[30]

Anthony Thompson promised to manumit Tubman's father at the age of 45. After Thompson died, his son followed through with that promise in 1840. Tubman's father continued working as a timber estimator and foreman for the Thompson family.[31] Several years later, Tubman contacted a white attorney and paid him five dollars to investigate her mother's legal status. The lawyer discovered that a former owner had issued instructions that Tubman's mother, Rit, like her husband, would be manumitted at the age of 45. The record showed that a similar provision would apply to Rit's children, and that any children born after she reached 45 years of age were legally free, but the Pattison and Brodess families ignored this stipulation when they inherited the slaves. Challenging it legally was an impossible task for Tubman.[32]

Around 1844, she married a free black man named John Tubman.[33] Although little is known about him or their time together, the union was complicated because of her slave status. The mother's status dictated that of children, and any children born to Harriet and John would be enslaved. Such blended marriages – free people of color marrying enslaved people – were not uncommon on the Eastern Shore of Maryland, where by this time, half the black population was free. Most African-American families had both free and enslaved members. Larson suggests that they might have planned to buy Tubman's freedom.[34]

Tubman changed her name from Araminta to Harriet soon after her marriage, though the exact timing is unclear. Larson suggests this happened right after the wedding,[33] and Clinton suggests that it coincided with Tubman's plans to escape from slavery.[35] She adopted her mother's name, possibly as part of a religious conversion, or to honor another relative.[33][35]