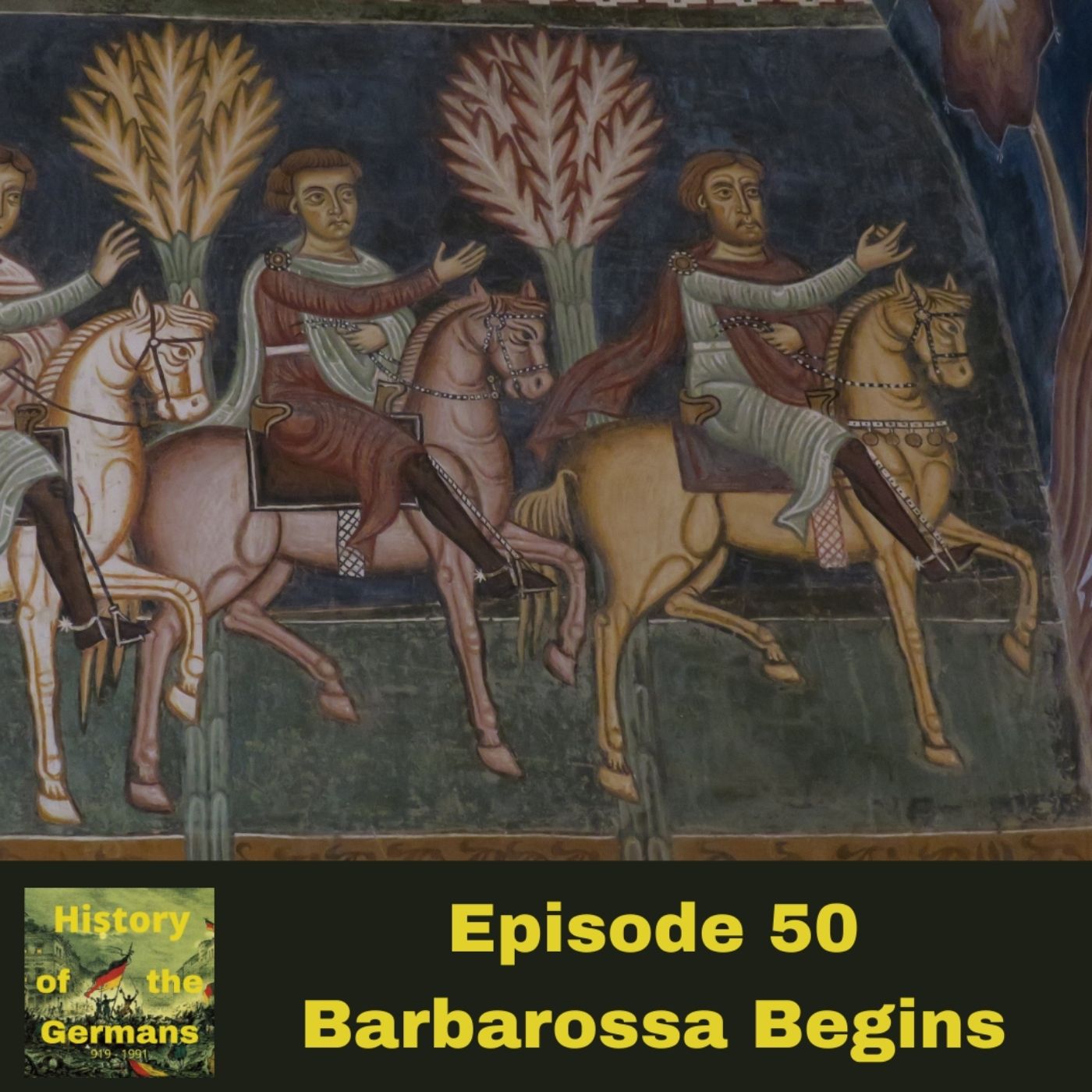 In his last few years the ill and exhausted king Conrad III relies more and more on his nephew, Frederick, the duke of Swabia called Barbarossa because of his ginger beard.

Barbarossa forms the cornerstone linking the warring houses of Welf and Waiblingen. His military capabilities and diplomatic skills propell the barely 30 year old to the top of domestic and international politics.

When Conrad III died suddenly, he sees his chance. Pushing aside his cousin, the 8-year-old son of Conrad III, he gains support from both the old family allies as well as from its archrivals, Henry the Lion and Welf VI. He had to promise a lot, but it was enough for him to be elected and crowned in a record 24 days.

But that is where the hard work starts. Conrad had left a realm in anarchy. Can Barbarossa calm it down?