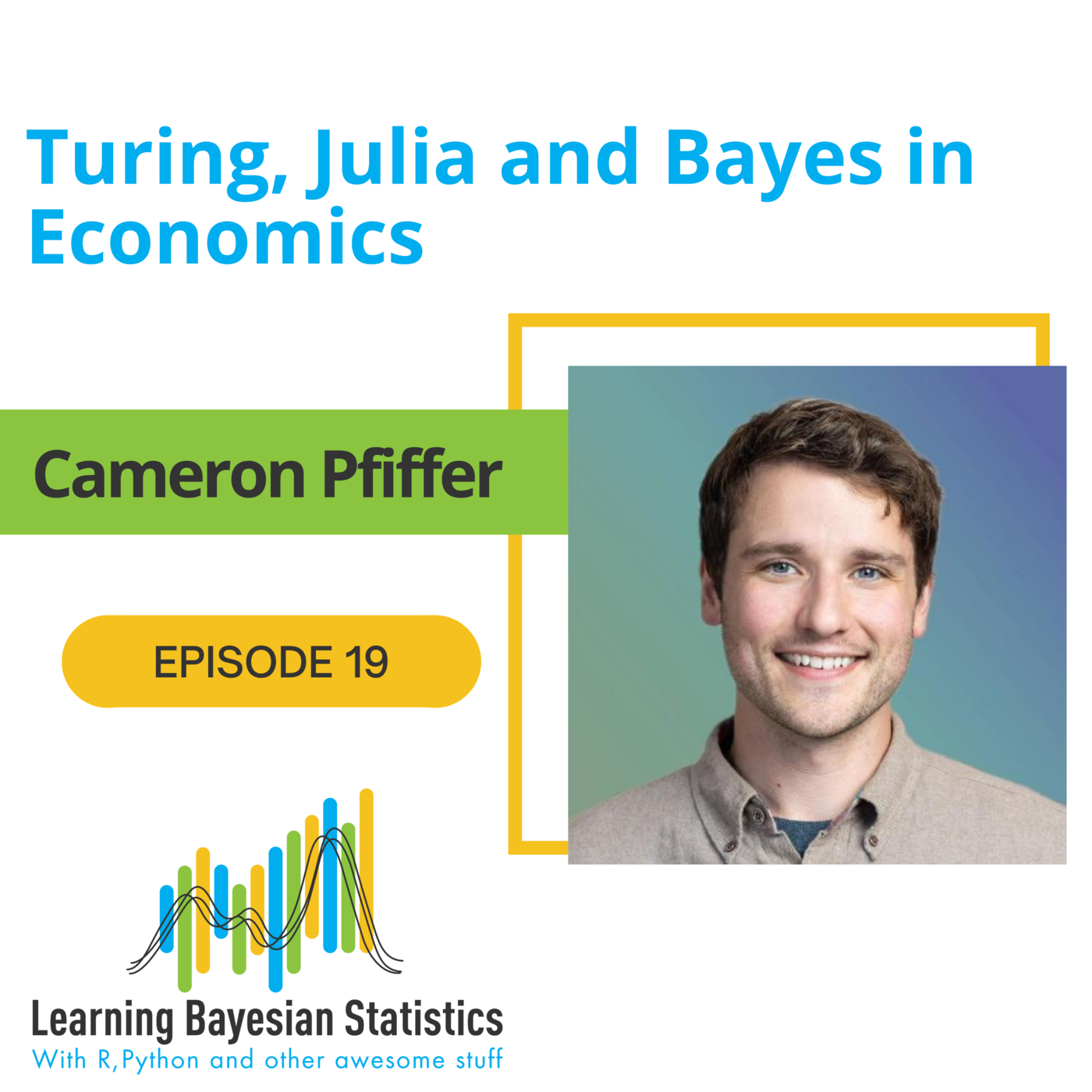 Cameron did some Rust, some Python, but he especially loves coding in Julia. That’s also why he’s one of the core-developers of Turing.jl. He’s also a PhD student in finance at the University of Oregon and did his master’s in finance at the University of Reading. His interests are pretty broad, from cryptocurrencies, algorithmic and high-frequency trading, to AI in financial markets and anomaly detection – in a nutshell he’s a fan of topics where technology is involved.

As he’s the first economist to come to the show, I also asked him how Bayesian the field of economics is, why he thinks economics is quite unique among the social sciences, and how economists think about causality — I later learned that this topic is pretty controversial!