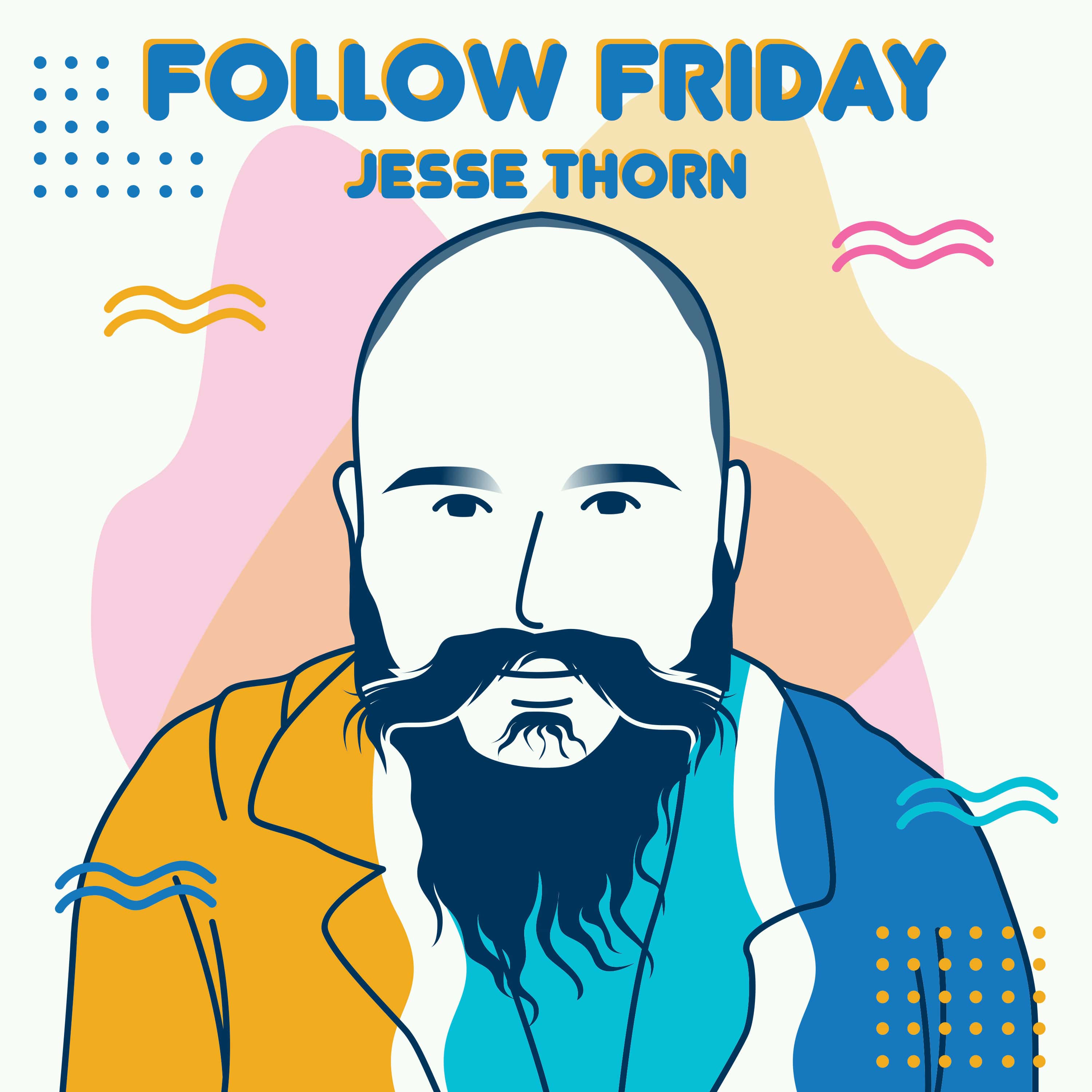 Jesse Thorn has been podcasting since 2005, when he put his college radio show The Sound of Young America on the internet. He was a little early to the party: Six million Americans had listened to a podcast back then, versus 177 million today.

But Jesse stuck with it, and then some. The Sound of Young America became the hit NPR series Bullseye, and he founded the comedy & culture podcast network Maximum Fun, which powers dozens of other podcasts, including Jesse's other shows — Judge John Hodgman and Jordan, Jesse, Go!

Today on Follow Friday, he explains why he got into podcasting, his passion for dad movies, feeling like an outsider inside NPR, and much more. He also shares four great follow recommendations: An adorable "scruffy dog" named Archie (@archie.was.here on Instagram); New York Times opinion columnist and podcaster and cereal critic Jamelle Bouie (@jbouie on Twitter and Instagram); comedian and roller derby commentator Blaine Capatch (@blainecapatch on Twitter); and Pop Culture Happy Hour host & author Linda Holmes (@lindaholmes on Twitter and @lindaholmes97 on Instagram).

And on Follow Friday's Patreon page, you can unlock an extended version of this interview in which Jesse shares a fifth bonus follow recommendation! Thank you to our amazing patrons: Jon, Justin, Amy, Yoichi, Danielle, Elizabeth, and Sylnai.

P.S. Here's Blaine Capatch's list of the 500 Worst Albums of the 20th Century.