Loading Episode...
What was the best piece of advice you have ever been given? Ep 3 Learning on Fire - Education from sharing wisdom not testing - Mark Taylor 22nd March 2019
pi-top with Jesse Lozano. LF027
00:00:00 00:54:18
1x
Share
Notes
Subscribe
Links
Share Episode

Jesse Lozano joins me on the Learning on Fire podcast and explores the most important learning and educational moments that shaped his life. 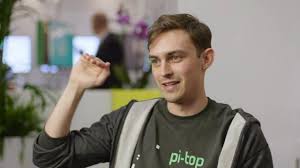 Jesse Lozano is CEO and co-founder of pi-top, the world’s leading creative learning company with a simple idea that a ‘maker-mindset’ is essential to developing the skills we all need to be future ready.

Jesse launched the business in 2014 and has grown pi-top into a leading education innovation platform. pi-top stems from Jesse’s interest in affordable technology and how it can be utilised to democratise STEM based education across the world.

In 2018, Jesse was named EY’s Entrepreneur of the Year with judges describing his vision and steadfast attitude as inspiring. Jesse’s flair and innovation also won him the Rising Star Award at the same event.

Jesse studied Political Science and Government at Royal Holloway then later on, Law, at King’s College London. He graduated in 2009 and 2012 respectively.

Questions asked on the Learning on Fire Podcast Interview

1. Who are you?
2. What does your life look like now and how is it different from when you were growing up?
3. What was valuable about your school experience?
4. Which teachers do you remember and why?
5. Who did you admire when you were young?
6. What was it about that person that had such an impact?
7. What was the best piece of advice you have ever been given and who gave it to you?
8. What advice would you give your younger self?
9. What does your future look like?
10. What podcast, book, video, film, song or other resource has had the biggest impact on your life and why?

Our aim is to achieve a higher priority for the education of children from birth to 13. High quality learning in the early years of life is vitally important to the creation of an educated society. Young children are not simply preparing for the future, they are living a never to be repeated time of life and the best way to learn is to live.