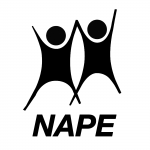 When I was a small boy – A letter from Christian Schiller to L.G.Marsh

The National Association for Primary Education present an annual lecture with a guest speaker who creates their talk inspired by the work of Christian Schiller.

‘Christian Schiller in his own words’ was published by the Association in 1979. The book is available price £5.00 from the NAPE national office.