(Pictured above Eric and Jamie Carlson)

Eric has been a technician for over 40 years. His formal automotive education 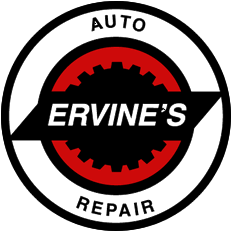 came from Ferris State University where he took all 8 ASE tests prior to graduation in 1977.  Eric has re-certified every 5 years since. He took the L1 when it was introduced and is now L3 hybrid certified. Full disclosure: Eric is a subject matter expert for ASE and in the past two years has participated in writing test questions for the L3 test.

, they added Grand Rapids Hybrid to the family after Eric became the first Master Hybrid Service Technician in Grand Rapids, MI.  Eric has been interviewed by several local television stations and publications seeking his expertise on everything from basic maintenance to the ramifications of “Right to Repair” legislation. Ervine’s Auto Repair and Grand Rapids Hybrid became an ASE Blue Seal of Excellence shop when it was introduced and have been since.

Eric was also on the Town Hall Academy on ASE. Listen Here.