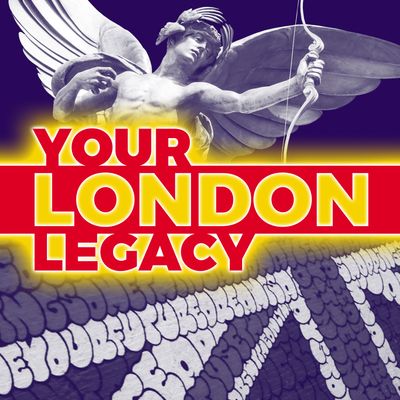 Yes, King George is his real name. How cool is that? I can now say I’ve met royalty. Only this King George’s life is polls apart from his various namesakes of generations past.

This King was born and raised in North London—Tottenham to be precise, and apart from its stunning new Tottenham Hotspur football stadium (home to my beloved Spurs), Tottenham is probably better known, for its poverty, riots and recent spike in knife crime.

Yet while the violence is a real and a daily challenge for some, its certainly not what defines this enigmatic 22-year-old—as it could have done, as his face was smashed open in an unprovoked attack when he was younger. Son of first-generation immigrants, King is throwing off the perceived shackles of his background, struggling with cultural differences with his family, whilst seeking love and security in world where its hard to fit in.

This is the story of a young black gay man working out his place in London and in life.

“In regards to will I say I’m a gay rights activist—I’d love to be and I don’t want to use my age as an excuse but I’m still finding myself…hopefully that’s a part of my journey.”

Like most of us, King has mixed feelings about his home in Tottenham—as he’s had both bad and good memories all stem from there. Growing up King found himself in a larger family and with a pro wrestler for a Dad on top of it. He was trained with his brothers in wrestling from a young age—something he grew to rebel against.

As he continued to grow up King experienced growing into his sexuality through all matters of encounter, some unfortunately not very pleasant—including being tricked around a corner where a group of boys attacked him for a conversation he’d had with someone else. The result was a split chin, but an appreciation for who he was as a person, as someone who doesn’t go out to try and seek harm on others. King knows he was raised right in this regard and is grateful for who he is.

“I’m not the type of person to gang up and beat them up with a group of people…I’m only gonna defend myself because that’s what I’ve been taught.”

King hasn’t had it easy and still has struggles ahead—whether it be having distance put between him and certain members of his family after coming out, or dealing with unsavory roommates and their activities. Still—King has been on a BBC3 documentary which has pushed him to take himself as a personality worthy of the entertainment industry. He’s gone on to rack up a healthy following on Instagram and Youtube with his show “What are you waiting for?” He wants to push this into a magazine type show with challenges and interviews with other hosts and art attacks—a show with young and fun cohosts, so he’s set on making it happen again.

Apple Podcasts Spotify Google Podcasts Overcast Pocket Casts Download Episode
If you love the show please become a Patron. You wont regret it. Subscribe to be the first to know when a new episode is release!