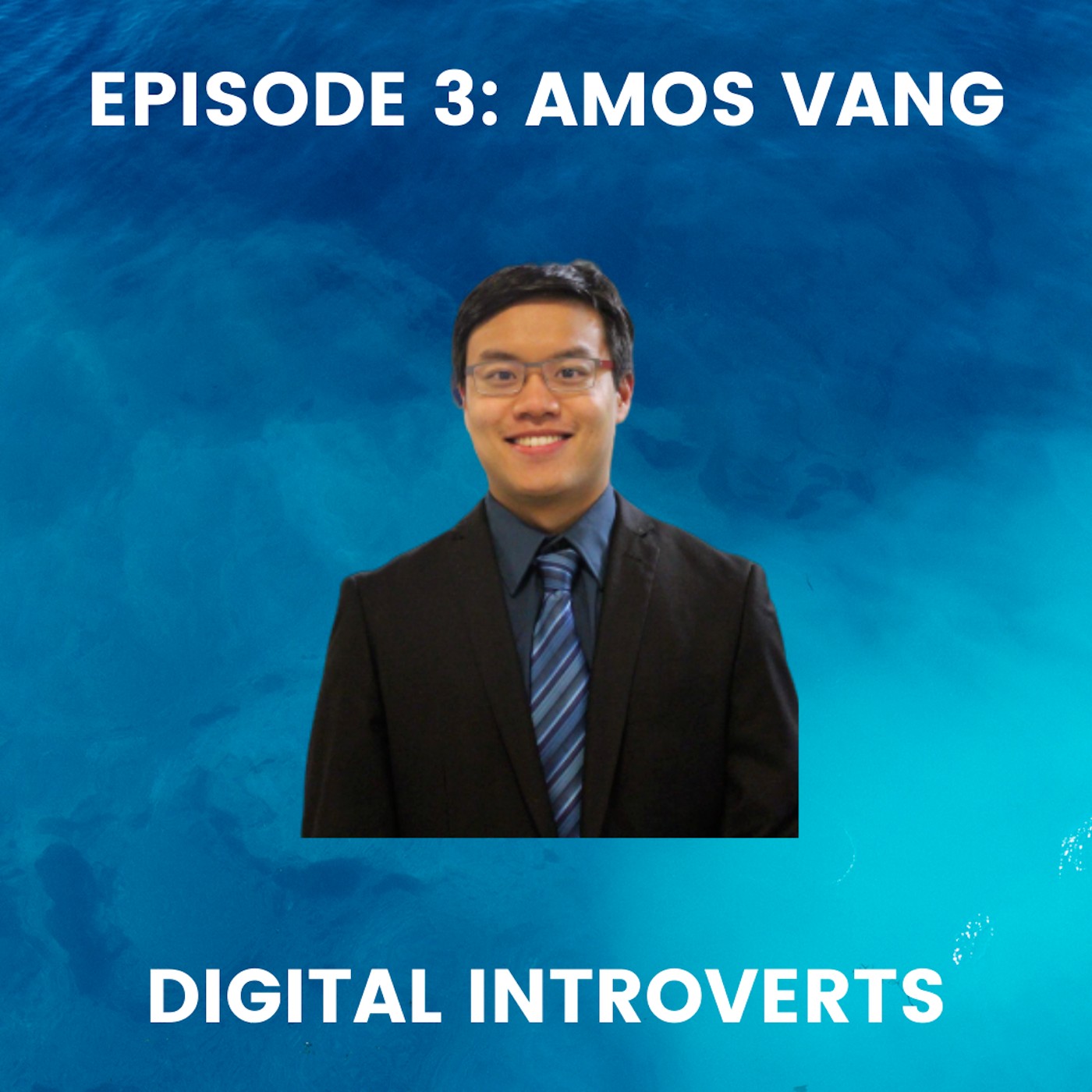 Episode 3 of the Digital Introverts podcast features Amos Vang. He is a sports announcer, classical pianist, podcast host, emcee, and voice actor that is currently pursuing a Juris Doctor at the University of Ottawa Law School. Before law school, Amos completed a Bachelor of Arts Honours in Law at Carleton University. At ages 18 and 19, Amos wrote his first two law publications in the Carleton University Journal of Legal Studies. Amos graduated with High Distinction in the top 3% of his class and was awarded a Senate Medal for Outstanding Academic Achievement.

In his first year of law school, Amos was a semi-finalist at the 2018 Nelligan O’Brien Payne Moot Court Competition. This achievement was recognized by The Honourable Justice Malcolm Rowe of the Supreme Court of Canada. Amos is also a podcast host of “The Law School Show” and has interviewed guests such as Harvard-trained lawyer Rebecca Bromwich, Queen’s University Legal Counsel Lon Knox, University of Ottawa President Jacques Frémont, and Ottawa-renowned named partner Janice Payne. Amos also combined the legal and hockey worlds by announcing the 2019 Ottawa Law Classic.

As a classical pianist, Amos studied under his mother, Quan Mach, and under former Royal Conservatory of Music faculty member and Concert Artists International Piano Competition Grand Prize Winner Wang Yang. Amos did his ARCT at age 14 and was a finalist in the 2012 Canadian Music Competition at age 16. He has performed both solo recitals and ensemble performances in Ottawa, Toronto, and Mississauga, including at the Living Arts Centre and the University of Toronto Faculty of Music. He has also performed alongside the Chinese Artists Society of Toronto. His voice-over work includes sports documentaries for the University of Ottawa Gee-Gees and the Carleton University Ravens. Amos is also fluent in Cantonese Chinese and can speak some French and Mandarin Chinese.

Connect with Amos on LinkedIn: linkedin.com/in/amos-vang-b2b985106