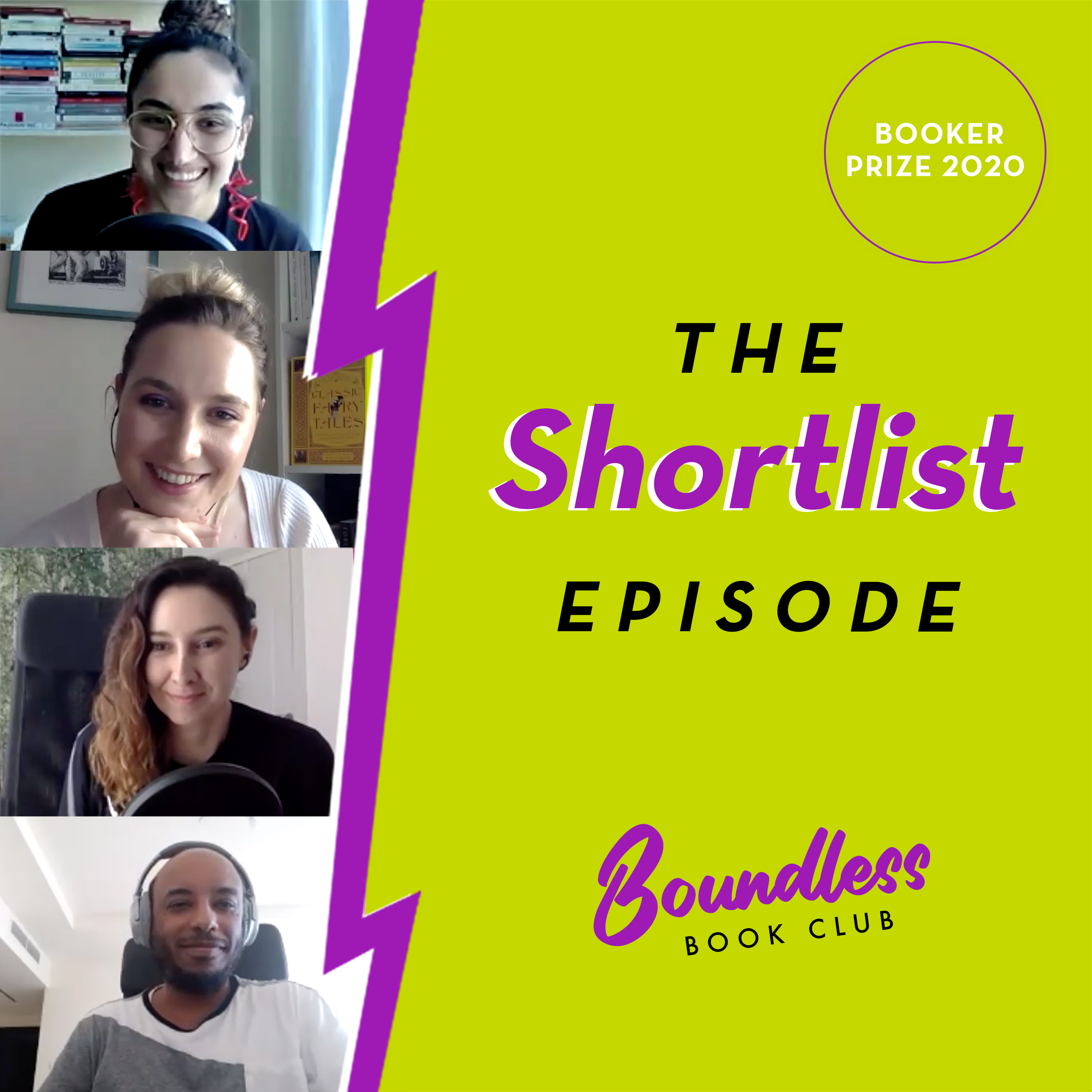 Every year the Booker Prize is awarded to the best original novel written in English and published in the UK. The longlist of 13 is whittled down to a shortlist of six, with much debate and discussion over who should win, who will win, and which books we are most delighted to have discovered. Ahead of the winner announcement on 19 November, Andrea, Ahlam and Annabelle from the Emirates Literature Foundation caught up with Saeed Saeed, Arts and Culture features writer for The National (thenationalnews.com) to discuss four of the six shortlisted books, and their own predictions.

Ahlam reflects on the key conflict at the heart of Burnt Sugar – having to care for a parent who neglected you as a child. Set in contemporary Pune, India, the fraught mother-daughter relationship flits between Antara’s present-day looking after a mother with Alzheimer’s and her childhood where she was abandoned at an ashram and a boarding school.

The Shadow King by Mazaa Mengiste

Saeed Saeed takes us on a tour of a novel set during Italy’s 1935 invasion of Ethiopia as an orphaned servant adapts to a new household, and ultimately takes up arms against Italian officers.

The New Wilderness by Diane Cook

Diane Cook presents a world in which pollution and overpopulation is the new normal, and a group is sent to an unforgiving wilderness state as an experiment. Among this group are mother and daughter – Bea and Agnes – whose relationship is tested by both landscape, circumstances and what it means to be human.

This Mournable Body by Tsitsi Dangarembga

Zimbabwean novelist, playwright, and filmmaker Tsitsi Dangarembga tells the story of a woman embittered by her failed potential in a run-down youth hostel in Zimbabwe’s capital. Told in the second person, the novel is tense, immediate and an exploration of Zimbabwe and the legacy of its colonial history.