Welcome to the show today! I’m so excited because I have a guest who’s in the Facebook group and a listener and on the other side of the world who shares her passion for homesteading also known as Lifestyle Block.

So, I’m in New Zealand for start in the north island in a place called Wanganui which is on the west coast of the North Island. It’s about 1/2 way down in a pretty good climate. You can grow pretty much anything here!

We’re about 20 minutes out of town of about 40k people. An average size town here in New Zealand.

We have 2 hectacres about 5 acres

We moved here in May 2017, so we’ve been here just over a year and a half and made huge strides. Doing things slowly isn’t really my style so we decided to jump in gunboats and all!

a lot of people in America might be surprised to know that New Zealanders followed that election really closely. Aside from us being really horrified, we decided that you know, individuals have to take a move to really counteract some of the nonsense that’s going on in the world.

So we decided we would move and make this a place for ourselves for our family and friends. It was a really big jump but we did it!

Well this is so fascinating and you know I’m very interested in politics.

I’ve lived lots of different places, but my very first gardening memory, when I was about 6, my parents moved from the lower part of the north island up here to Wanganui, that was back in the early 70s. Wanganui is really coastal, so there is a lot of land on sand dunes.

We have this really intensely black iron sand.

nothing grows in this sand other then

But your making things grow?

Well, my mother bless her tried to put in a garden, but didn’t really know about putting extra organic material, because my memory was she would try to plant things and they wouldn’t grow. I remember watching the water disappear, I remember being out there and watch her trying to water the garden and her just really having no success at all.

Then when I was twelve

Mum took me on holiday to England to see her parents.

My grandparents were avid gardeners and I remember thinking as a child at home, my grandparents garden where everything is blooming and they can’t and there was such a difference between what they were growing and I thought, why can they grow things and she couldn’t?

Yes, she was trying!

I think putting a lot of organic soil in the sand would make a big difference.

How did you learn how to garden organically, is that what’s made you be more successful? 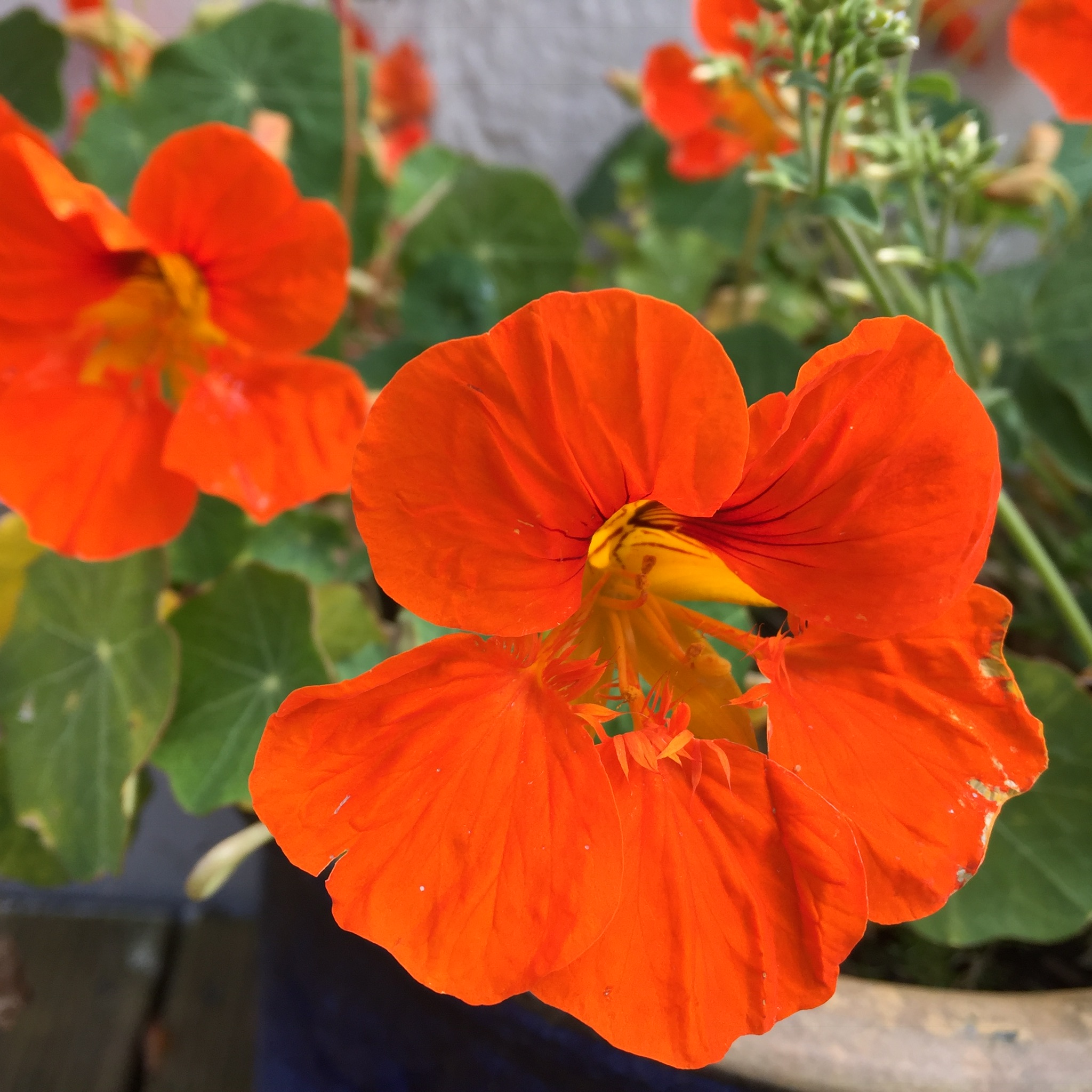 yeah, it is, but I kind of feel like, I inherited green fingers from my grandparents

The first house already had a compost bin already sit up. I didn’t seem to have any pests. I didn’t have any money to buy fertilizers and it worked. The next garden, again, I just had amazing soil, this was a big vegetable garden and I had 2 little girls by now so I was growing food for us 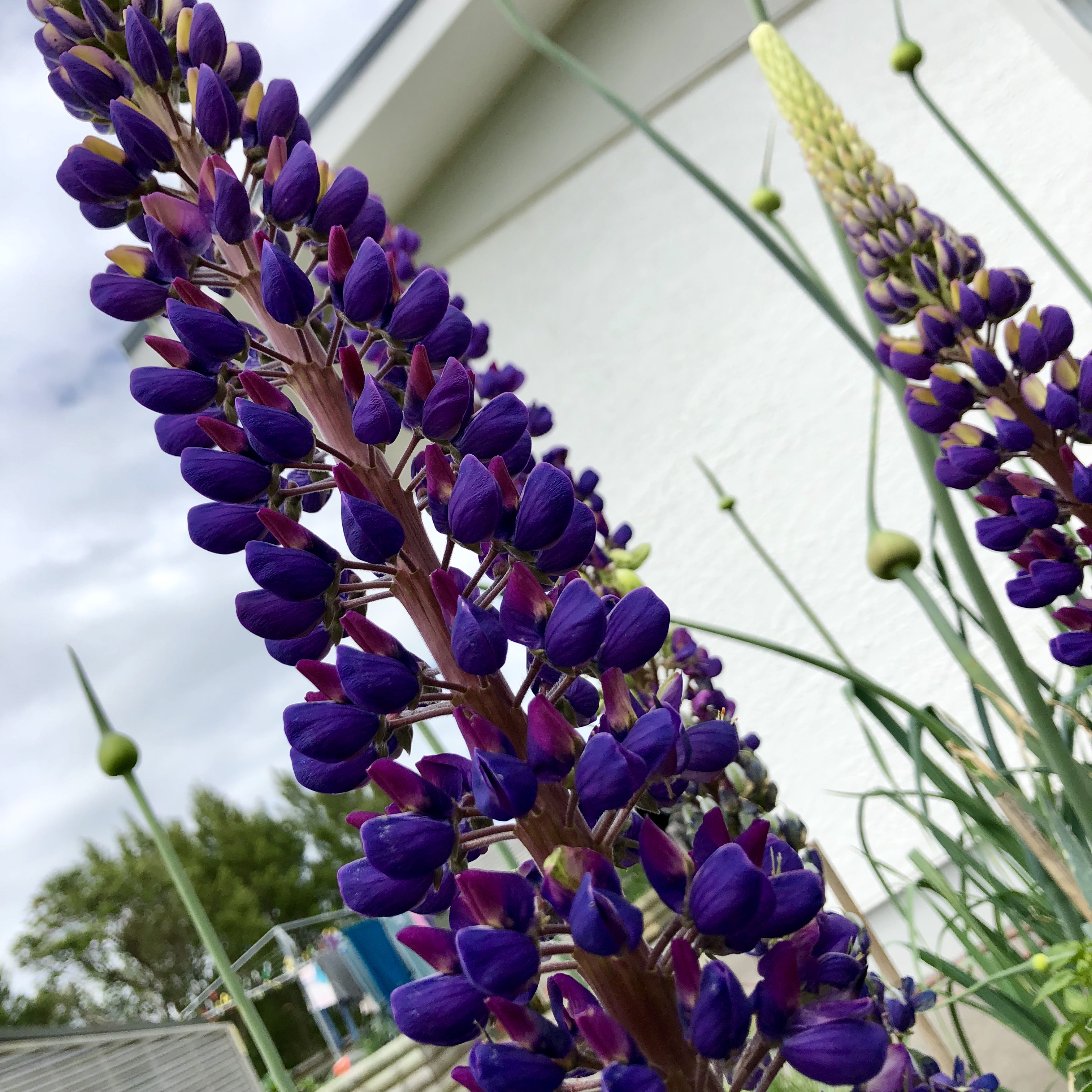 I’m kind of a really active person and I found when I had little kids, one way of, I wasn’t sort of to sit down and play on the uni-ball. I used to take them out in the vegetable garden digging

That was another reason to be organic, I didn’t want them sitting in the garden playing in chemicals. 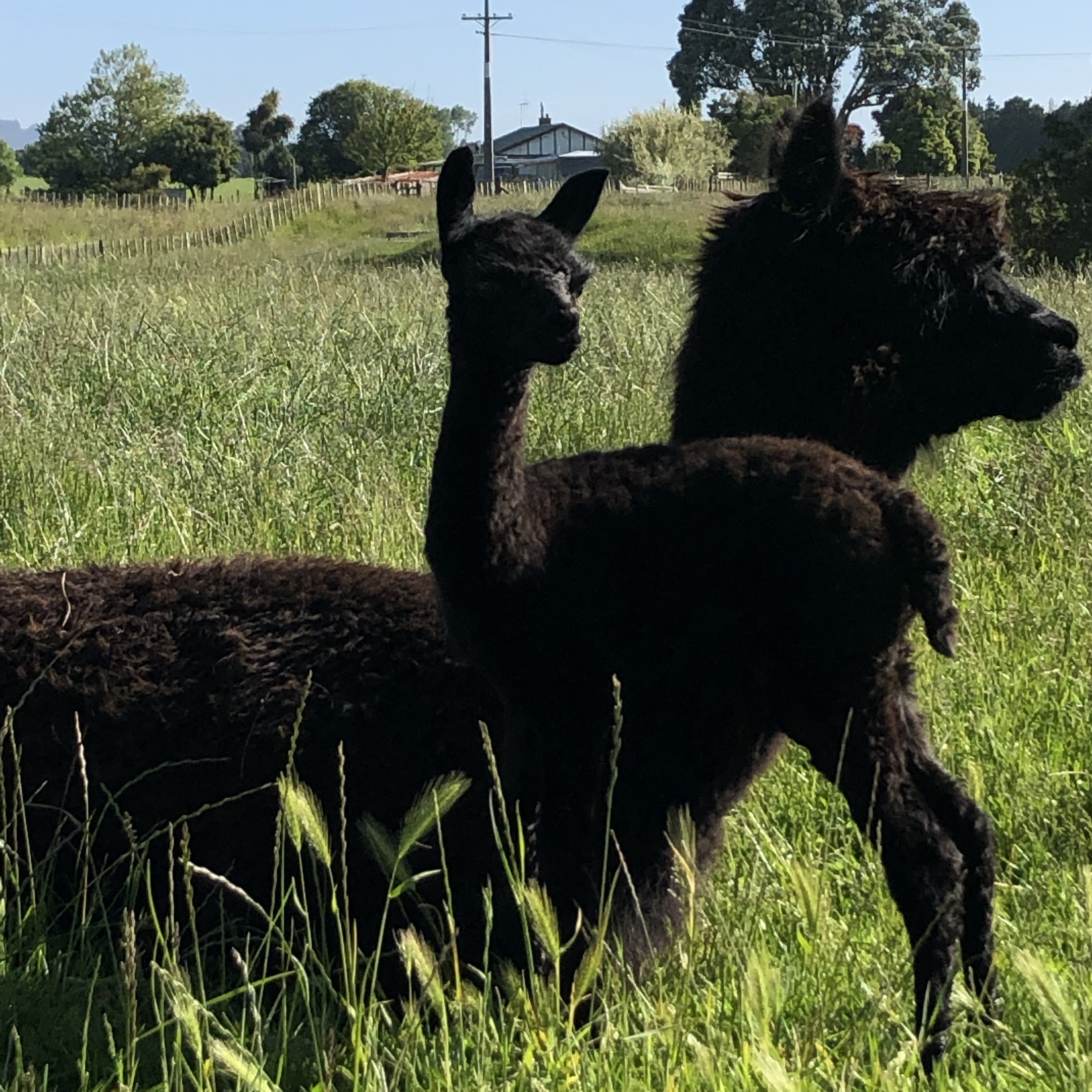 No, but we did just get 2 new baby alpacas and they are alpacas, if you call them llamas they will spit at you!

A quick thing about alpacas and llamas they are vastly different.

Is there a reason that you chose alpacas over llamas? How did you get into them to begin with? 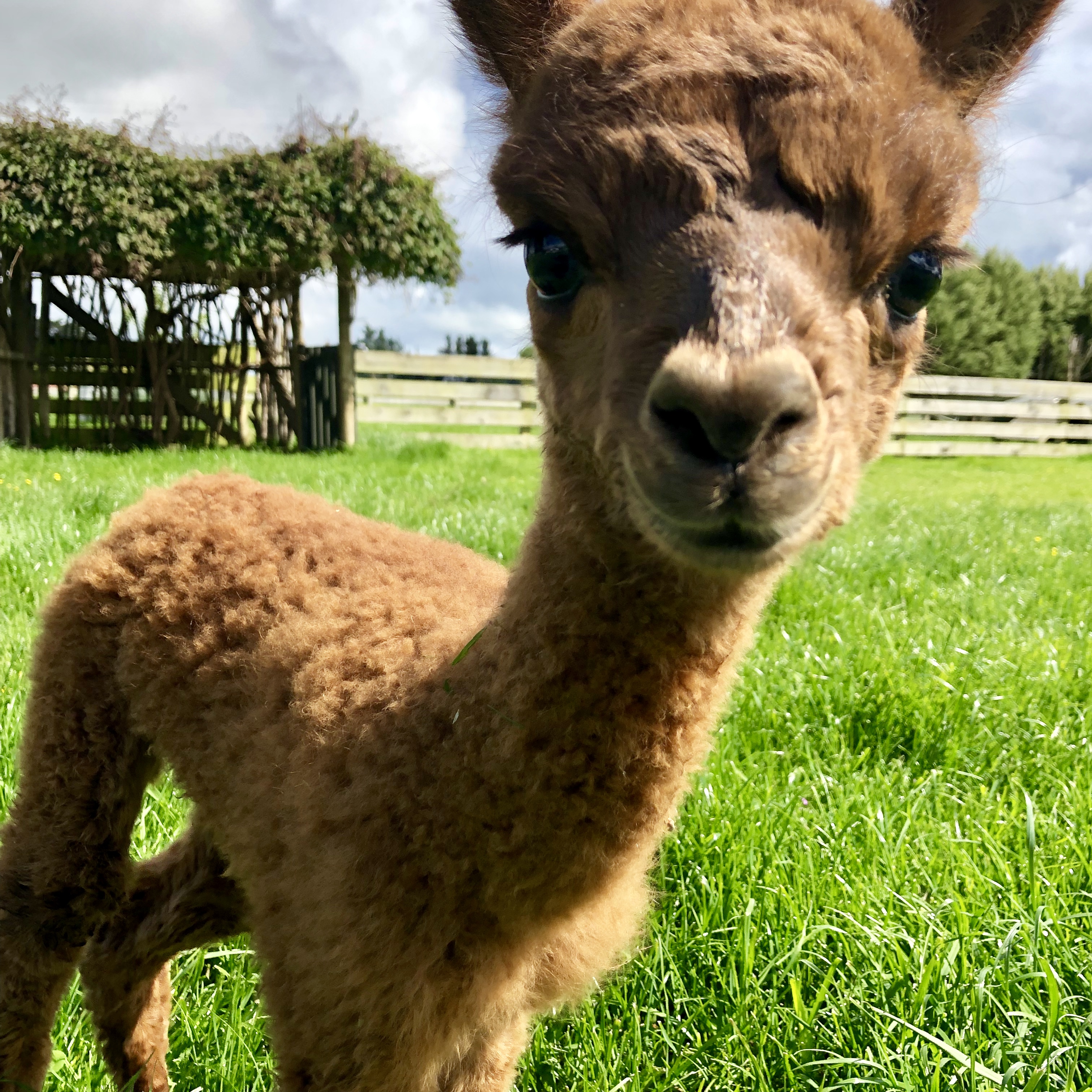 We have a term  lifestyle block which is probably similar to what you call homesteading?

lifestyle block that’s where you live it’s like a tiny farm. Lifestyle block people in New Zealand have a problem with the “cute factor”

We were on holiday on south island and we went on an alpaca farm tour.

We met all these alpacas and we got to:

When we came back and bought this land and looked into the animals that we wanted.

I spin too. For my alpacas, I use a lot of fiber, so the idea was

But, that so far hasn’t really worked out, because I just haven’t had time to do the processing and spinning. So got them for the fiber.

I did talk to a friend Jim Swanson, I interviewed in episode 42 who has llamas here and he talked about using the manure in his garden. Do you do that?

Yes, Wow! The manure is just astounding! Anything will grow, I call it Peruvian black gold

good thing is you can use it straight on your garden

I learned a lot about paddock rotation 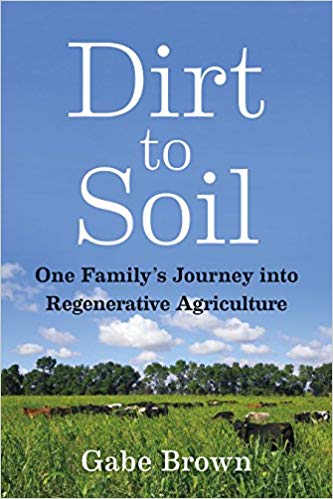 Dirt to Soil: One Family’s Journey into Regenerative Agriculture

Dirt To Soil by Gabe Brown 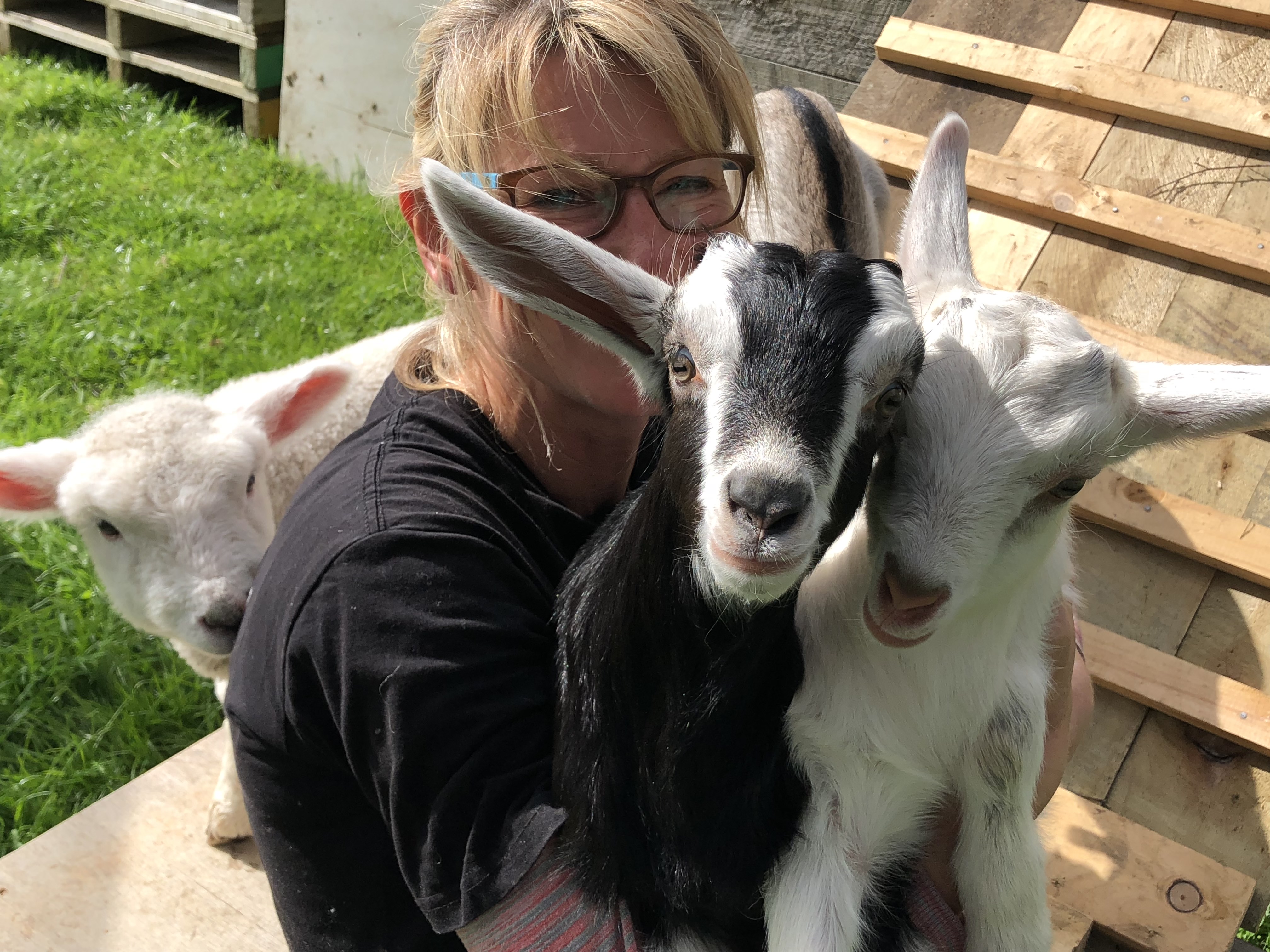 I don’t have to use wormers on my animals

leave the pastures for a month 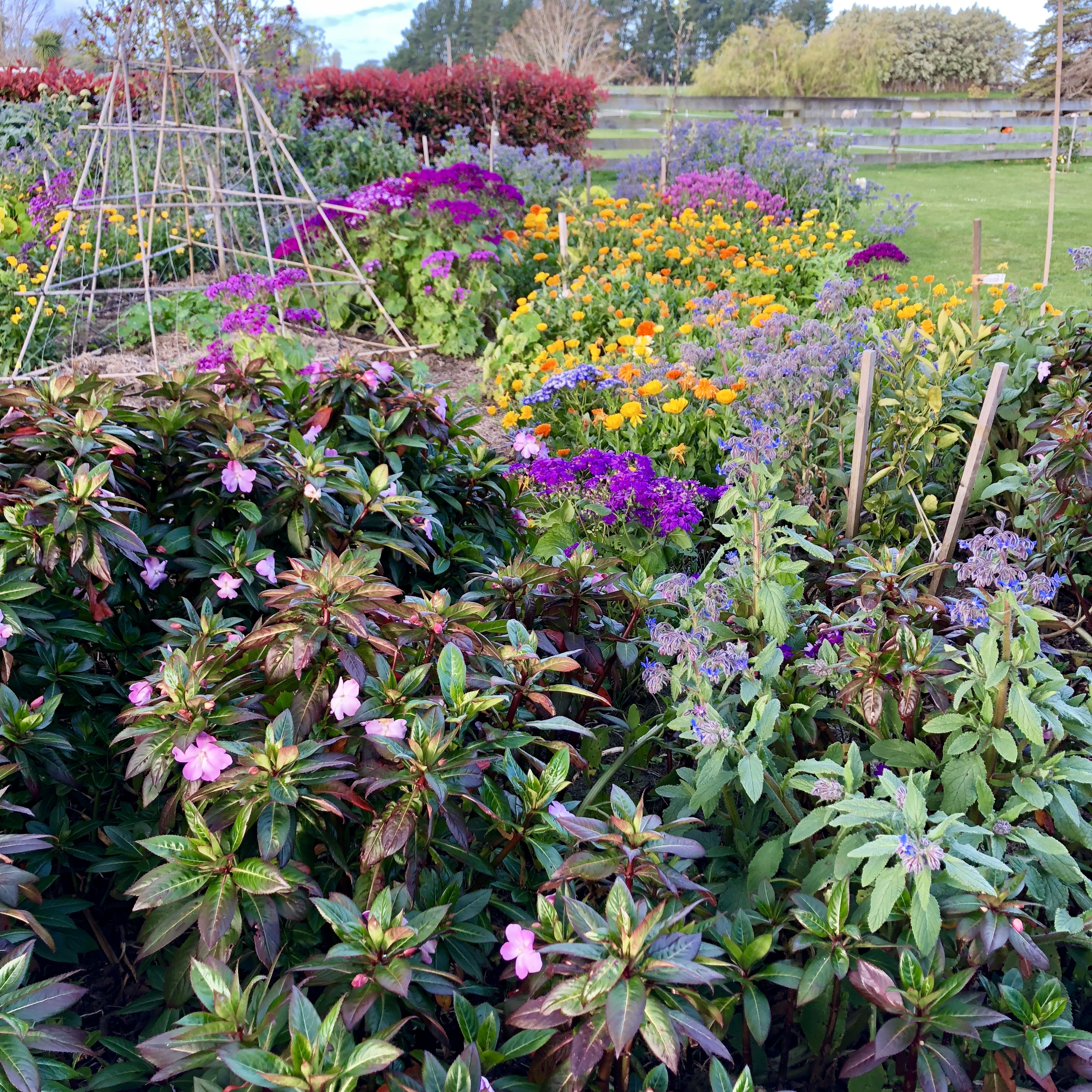 Tell us about something that grew well this year.

try to grow all of our own food

something that grew well this year

so blessed with the soil

dry a lot of herbs

some weeks I’d be drying a different herb 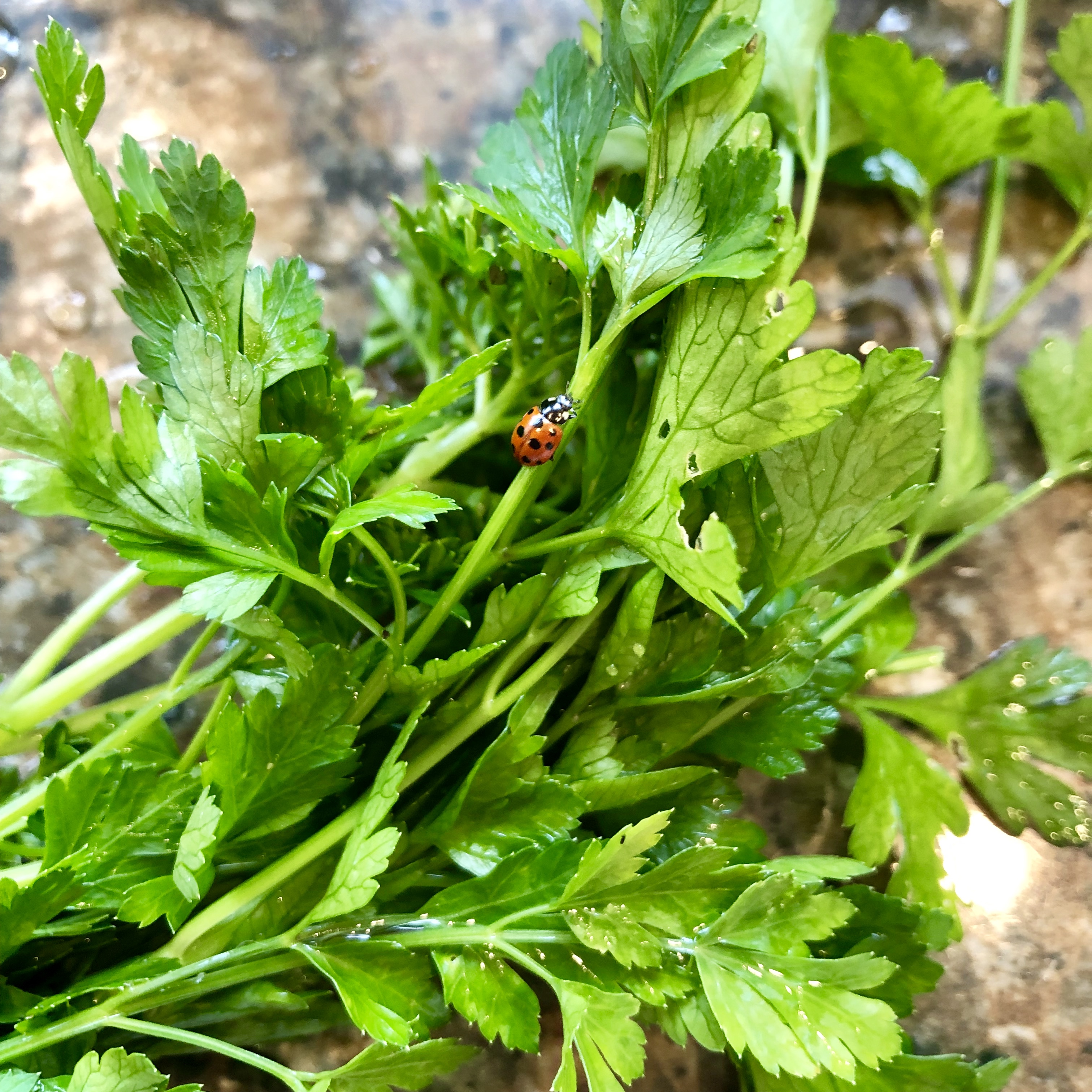 I’ve got lots of herbs

every herb that I would need

I planted a lot of plants for the bees 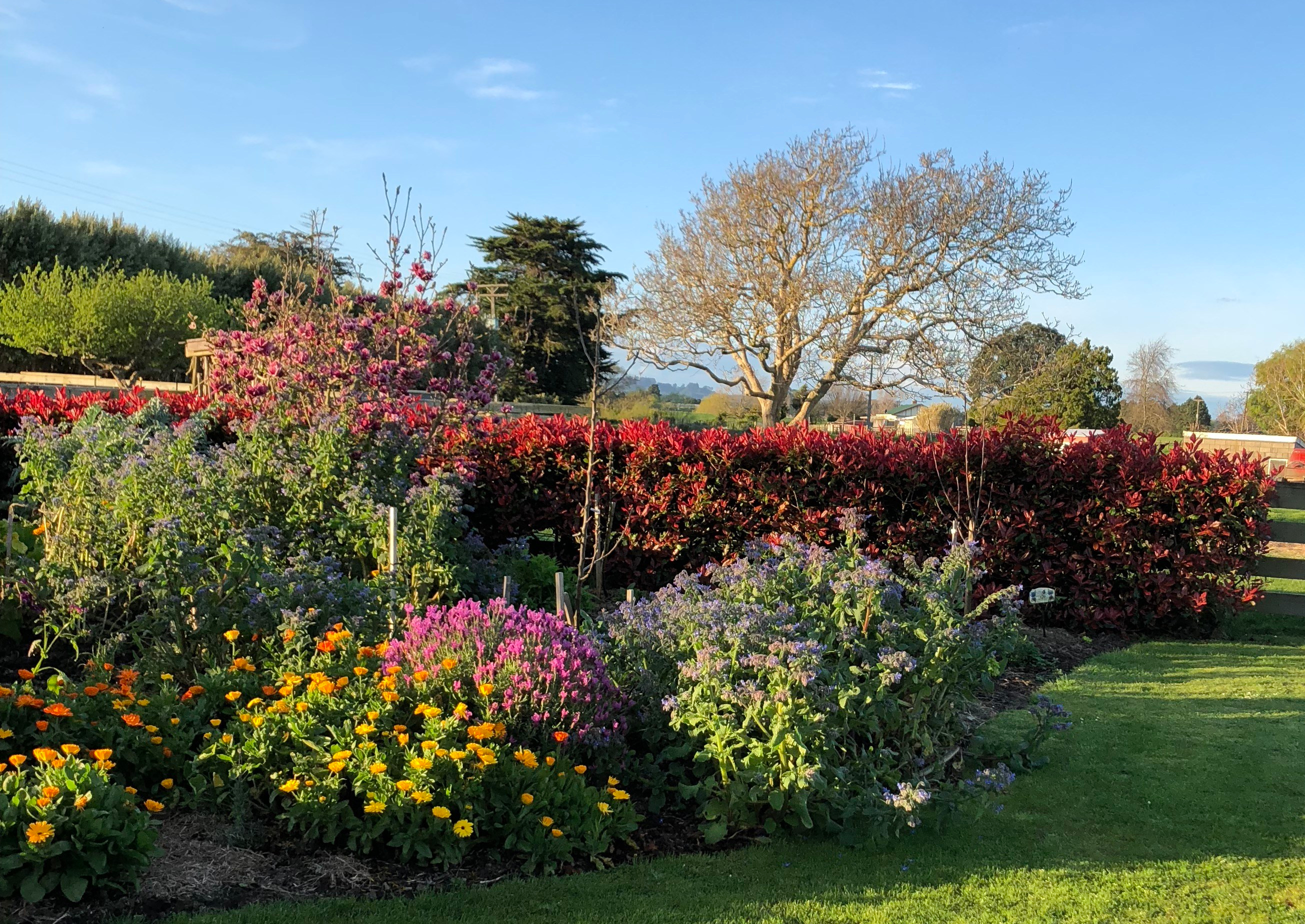 Is there something you would do different next year or want to try/new?

This year, I think I missed the boat a bit, I wanted to put in some currants.

I would like a chipper, for garden mulch, I have a really large area that I use for composting.

Tell me about something that didn’t work so well this season.

my first season when we moved in here the garlic was just amazing, did us for a whole year

put it somewhere it’s gonna get a lot of airflow though it, that’s somewhere really important that it has the airflow goes through it!

leaves are green, it has these ghastly broad orange spots all over

Did you put it in the same place as the last year?

moved it somewhere, that on reflection, when I saw the rust it probably wasn’t getting enough breeze to dry off the leaves! So I learned my lesson.

Another lesson I’m trying to learn!

There are things I can’t grow here two things

gets to a certain point and

Those are eggplants right?

they kind of  flower they limp along and hang in there but they just don’t produce.

Mike used to have a problem like that and what seems to work for him, is that he used to put them spread throughout the garden, one or two in a tomato bed, and one in a pepper plant, and then he started put them in a dedicated bed with several plants that is just eggplants and that seemed to work.

That’s what I do, so that’s not working.

Well, maybe that’s not the solution that worked.

You never know what has been put into the soil previously

The weather makes such a difference, perhaps it doesn’t like a hot climate so

I’ve just got to do the research. 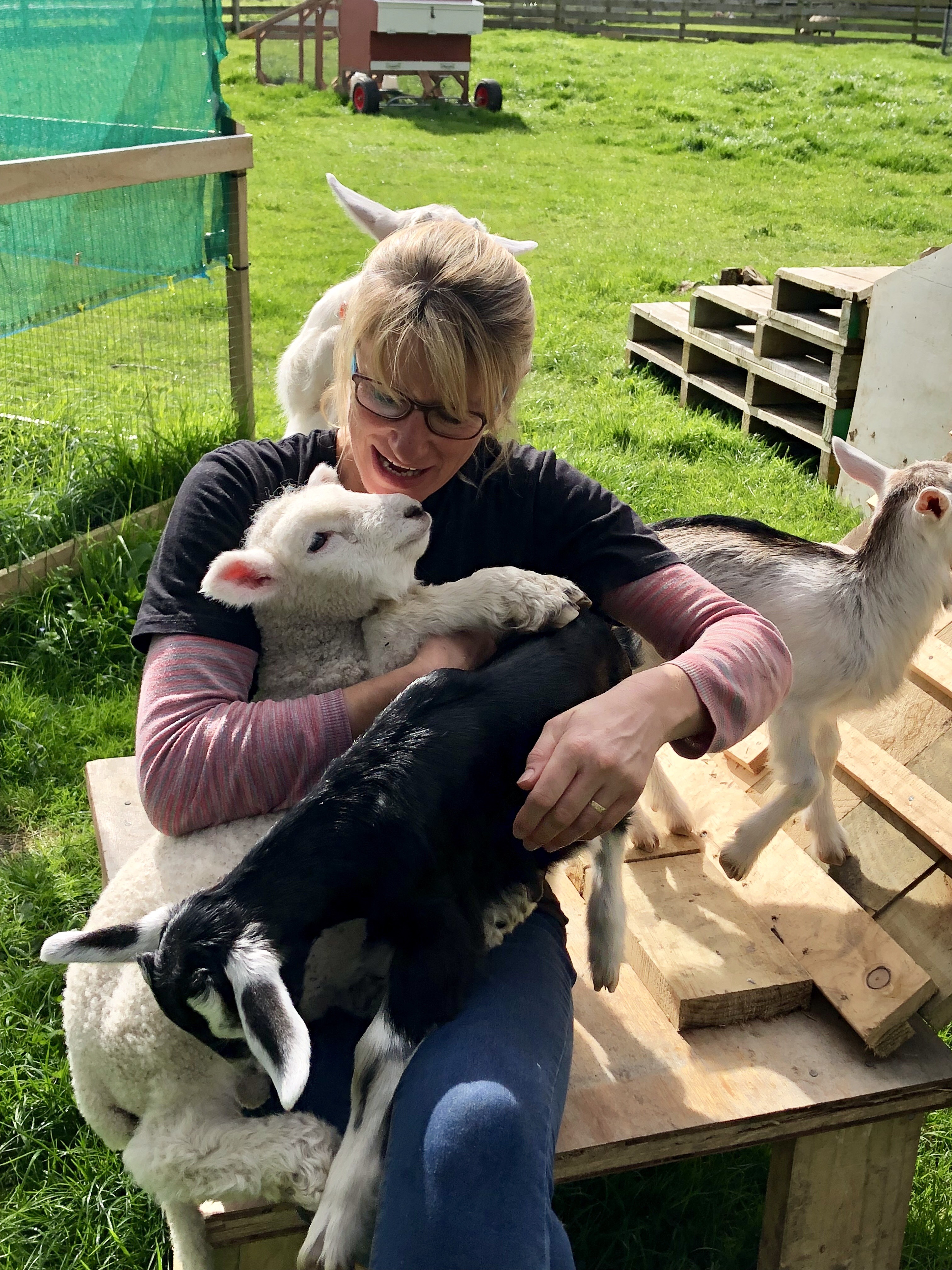 Before we get to the root of things, do you have a farm where you’re selling things for market?