Borzoi: Epitome of Elegant yet Powerful

Once known as the Russian Wolfhound, the Borzoi's history provides a fascinating study of the Russian aristocracy. 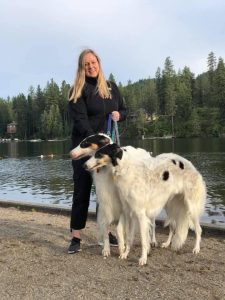 "I think the Russian Wolfhound, it's a bit of a misnomer," Terra, president of the International Borzoi Council, said. "Because, actually, the breed in its native land used to hunt many things other than Wolves, but Wolves also. So they were initially bred as a typical sight hound that would hunt the European hare, kind of like a jackrabbit. They're big in the Russian steppes and the big open spaces but also the forest meadows. So those sighthounds initially had to have a lot of speed on short distances."

Terra, along with her mother, moved from St. Petersburg, Russia to the United States and acquired their first Borzoi in 1993.

"So the breed goes back ancient and it has changed over the years. Different breeds have been added to it. As the country changed both geographically, you know the forests were cleared, so more stamina was required of a sighthound, the breed changed. Also as the country changed politically, for instance when the serfdom was abolished, when the big aristocratic families of Russia could no longer take care of big kennels, then the breed changed again. But it has always been the symbol of that country and just the epitome of an elegant, yet powerful creature.

"The Royal family is always the one that draws the most attention and just kind of nostalgia, and these beautiful tales and palaces. Of course the Russian czars, they had their own hunt it was the Imperial hunt and it was in the suburb of Saint Petersburg. But one of the biggest breeders and the most famous kennels of the time was actually the czar's uncle.

"But that was just the czar's family. There were many Noble families across this vast country and they all considered it their duty to have their own line of beautiful Borzoi and they all competed against each other in how beautiful their Borzoi were, and how fast and agile they were, and how many Foxes or hare or Wolf they could catch. 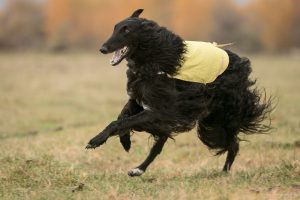 "They would have many kind of field trials, where different neighboring land owners would get together with their dogs and just compare them. The very first written description of the breed appeared in an article in a hunting magazine in 1888. That description was voted on by the Imperial hunting society members. They all voted on that and I suppose that could be called the first standard of the breed." 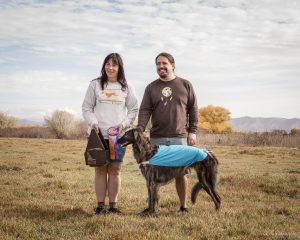 Miller added, "a lot of them (breeders) wrote their own standards, which was interesting. There was one (that was) like 'oh the black and tan ones are the best' and then this other guy that lived over the other ways like 'Oh no, tan markings is bad."