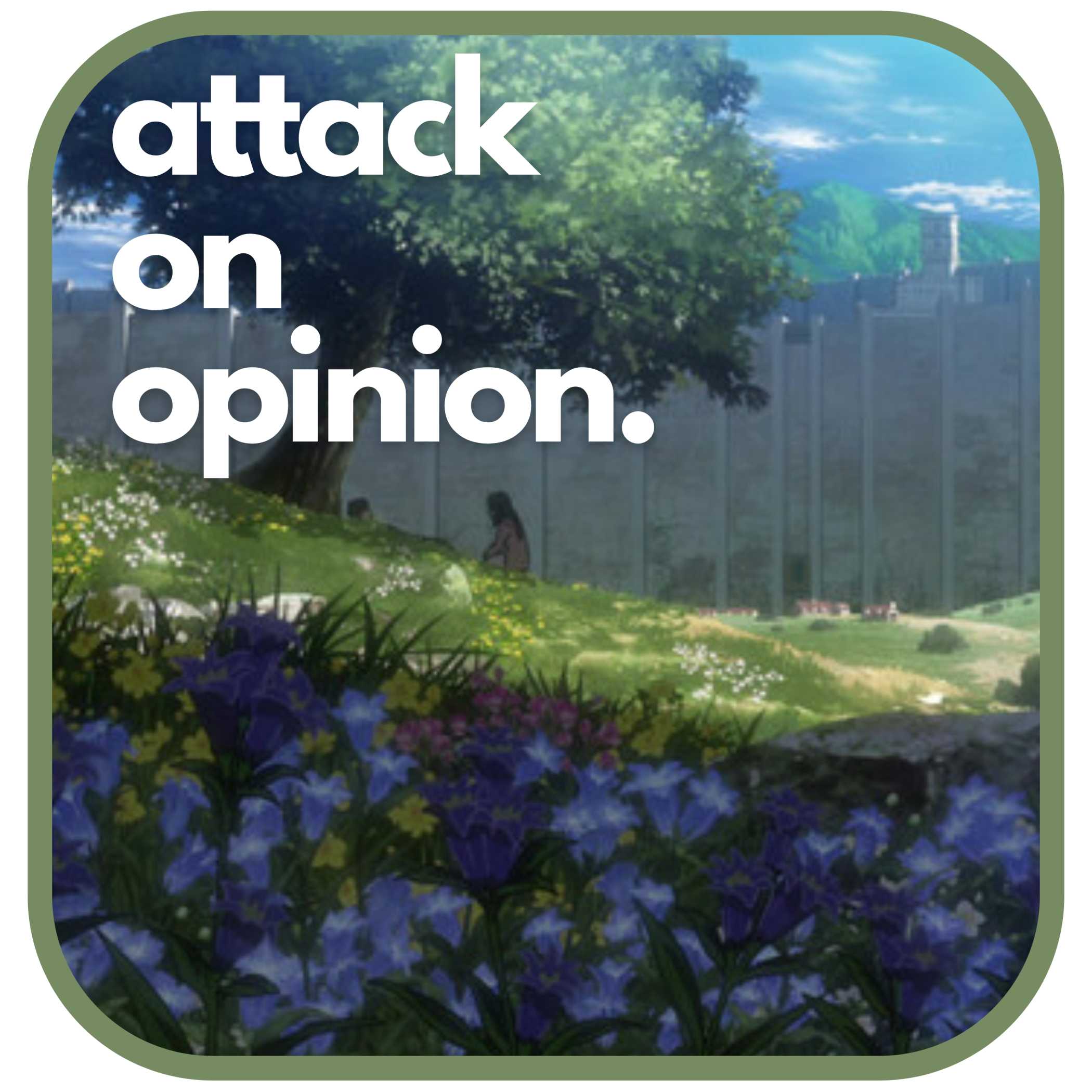 Episode 4: Which Titan is Best?

You are listening to Attack on Opinion with your hosts Jenny and Amy.

In this episode, we will discuss which titan is the best.

Segment 1: Context of the Anime

Attack on Titan is a Japanese manga series set in a world where humanity is forced to live in cities surrounded by three enormous walls that protect them from gigantic man-eating humanoids called Titans. The story follows Eren Yeager, who vows to exterminate the Titans after they bring about the destruction of his hometown and the death of his mother.