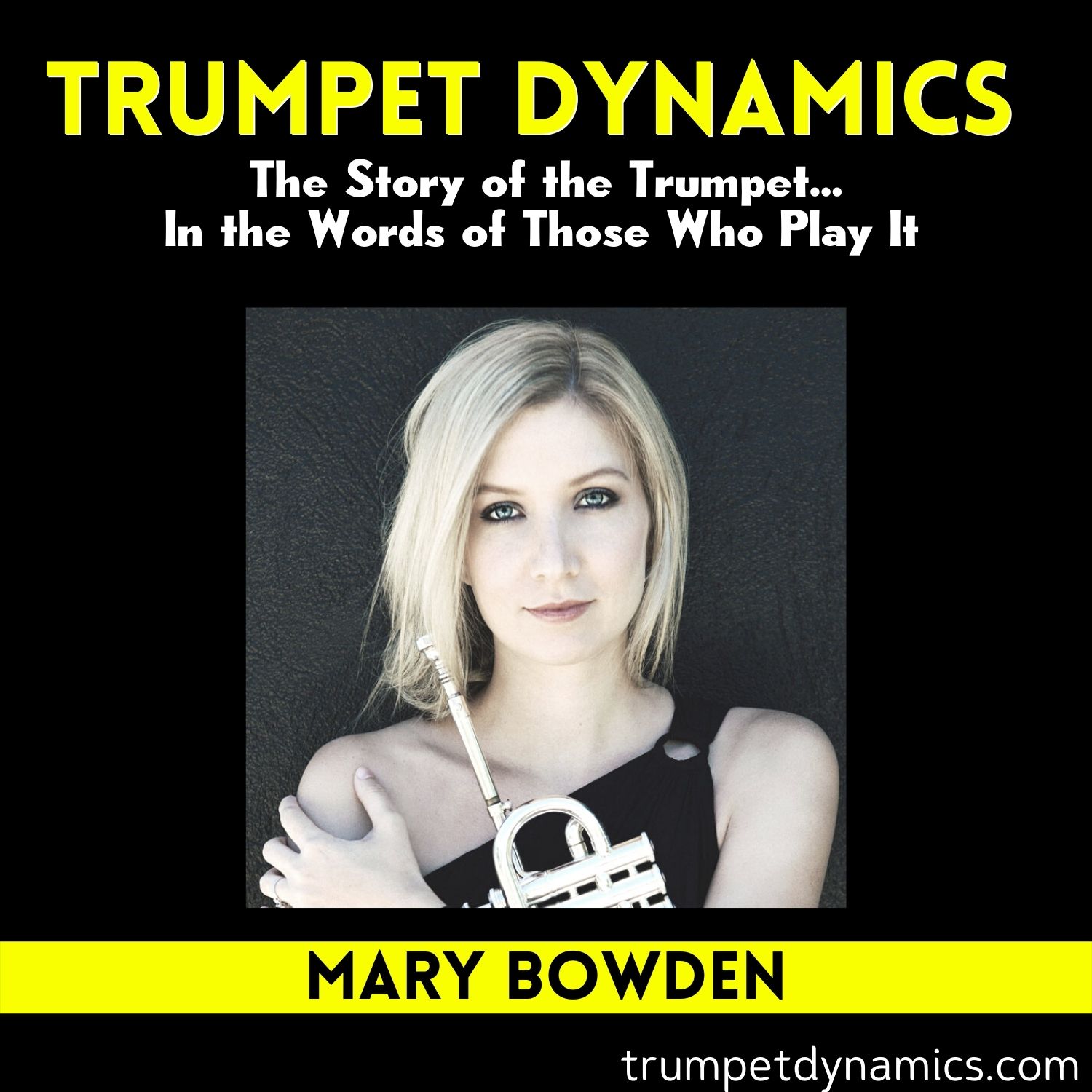 Normalizing That Which is Novel, Coming Home to the Cornet, and Socially-Distanced Recording Projects w/ Mary Bowden

One of the great things about doing a podcast is finally putting a face and a voice with people you see posting all the time on social media.

Mary Bowden is one of those go-getters who is always posting about this or that, an international tour here, a solo album there... So I decided to reach out and ask her to be on the show. It took a bit to organize our schedules since we're 11 time zones apart currently, but it finally worked out.

We had a great time, and I think you'll enjoy it too!

A few highlights from our chat:

Story of Mary playing her old cornet for her latest album... 12:30

Classical Trumpeter and Gold Medal Global Music Award Winner Mary Elizabeth Bowden has been described by Gramophone Magazine as “brilliant” and “radiant in new repertoire for trumpet.” Bowden, a Yamaha Performing Artist, is highly regarded for her artistry and virtuosity as a soloist, and has been praised for the clarity, purity and power of her sound. Bowden released both her second solo album, Rêverie (with the Kassia Ensemble), and her debut album, Radiance (featuring new American works), on Summit Records. She has been featured on MPR’s “New Classical Tracks” with Julie Amacher, which is being aired on NPR stations across the United States.

Bowden began full-time college studies at the age of 14, receiving an Associate degree from the Joliet Junior College. Subsequently, she earned her Bachelor of Music degree from The Curtis Institute of Music, where she studied with the principal trumpeter of the Philadelphia Orchestra, David Bilger. She was awarded her Master of Music degree in 2006 from the Yale School of Music where she studied on a full scholarship with trumpeter Allan Dean.