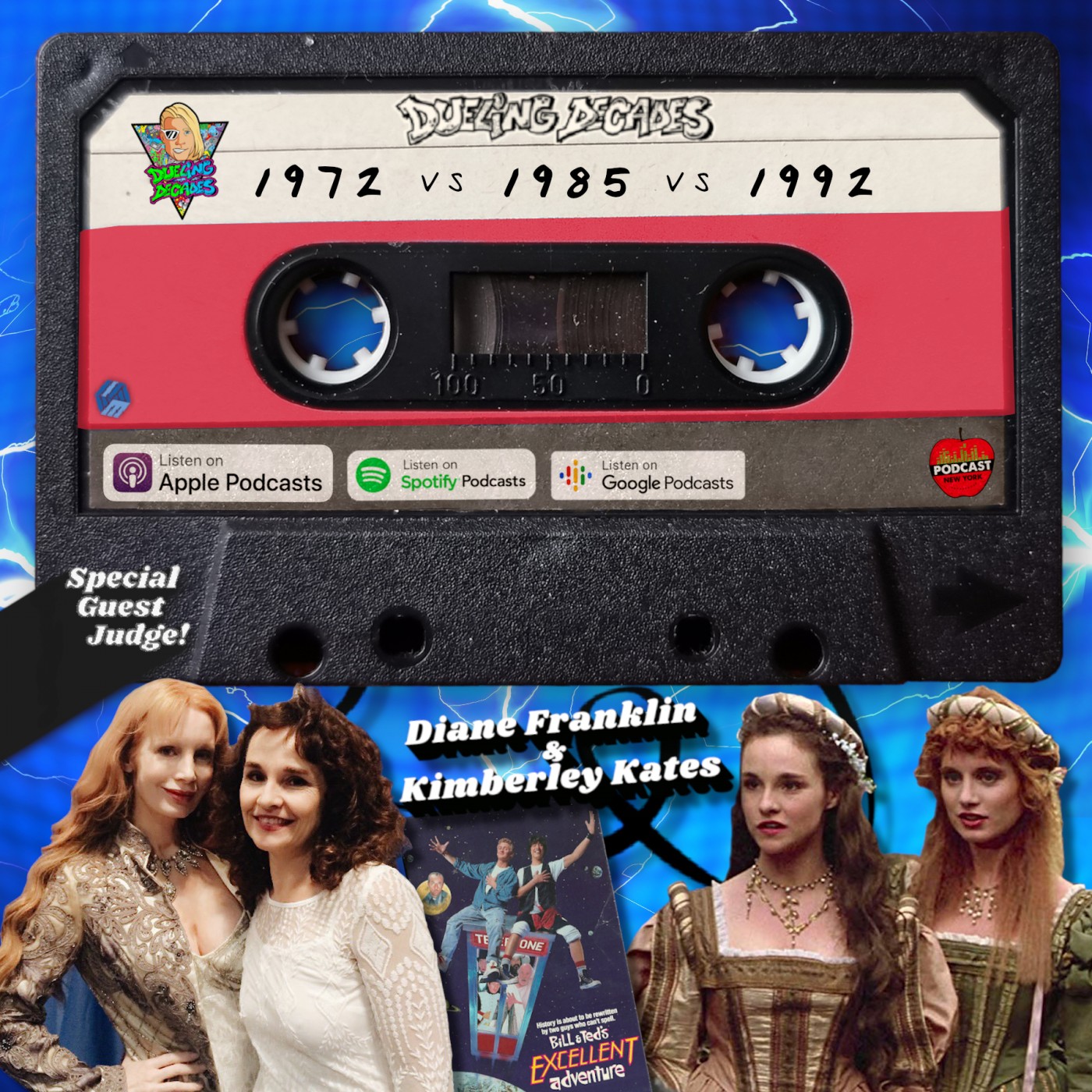 Bill and Ted Face the Music comes out in a few days, but today these gents will face the music from a couple of Princesses! That's right, joining us with duel gavels in hand, the original Princesses from Bill and Ted's Excellent Adventure join us to decide which decade did it better. Diane Franklin and Kimberley Kates, the REAL Princesses are here! These sisters of 15th century English royalty are in for more time travel, as they judge this "weak" experience between mid-late August 1972, 1985, and 1992! First up, Mike Ranger is back to kick things new school with a triumphant August of 1992. Marc James also climbs into the phonebooth and dials us all the way back to August 1972! Rounding things out, Mancrush brings a totally bodacious August 1985 to the fold. These Princesses are as sweet as you'd expect babes from the past would be! They don't always agree with each other's selections, but they are most harmonious. There weren't any heinous picks on this episode, so no melvins were issued! That said, this episode is packed with lots of stellar stuff such as: a rocker receives a dead man's belt, living the American dream, the ladies give their thoughts on reboots, imposter Princesses, the machine that started it all for Mancrush, flaccid linebackers, a musical homage to the 60s, attending high school for seven and a half years, cult classics that stand the test of time, Kimberley gets a movie idea, cellphones killed Hollywood, find out what happens when the FBI stops being polite and starts getting real, a woman fixes daytime TV, HIV can't stop Magic, a famous Bird rides off into the sunset, a movie that makes Mike Ranger's blood boil, Barry Manilow is pissed at Brandy, dude Kimberley got a Compaq, cereal that came with diabetes, musical refugees, Betty Lou is packing, Diane's thoughts on rebooting a virgin, never buy a used coffin, the lack of 80s period pieces, and would you rob a bank for your lover? Do you agree with the Princess's rulings? Play at home and judge for yourself! While you're at it, send your rulings to our Facebook and pick up 20 points on the Dueling Decades Leaderboard! Also, don't miss out on our live trivia! Friday, August, 28th! Check our Facebook events for more details. Please don't forget to subscribe and review! Want to share some of your own 1980s & 1990s memories? Join the other thousands of people in our Facebook group and get more original nostalgic content every day! If you're into the 1960s & 1970s, join our new group! Links below: