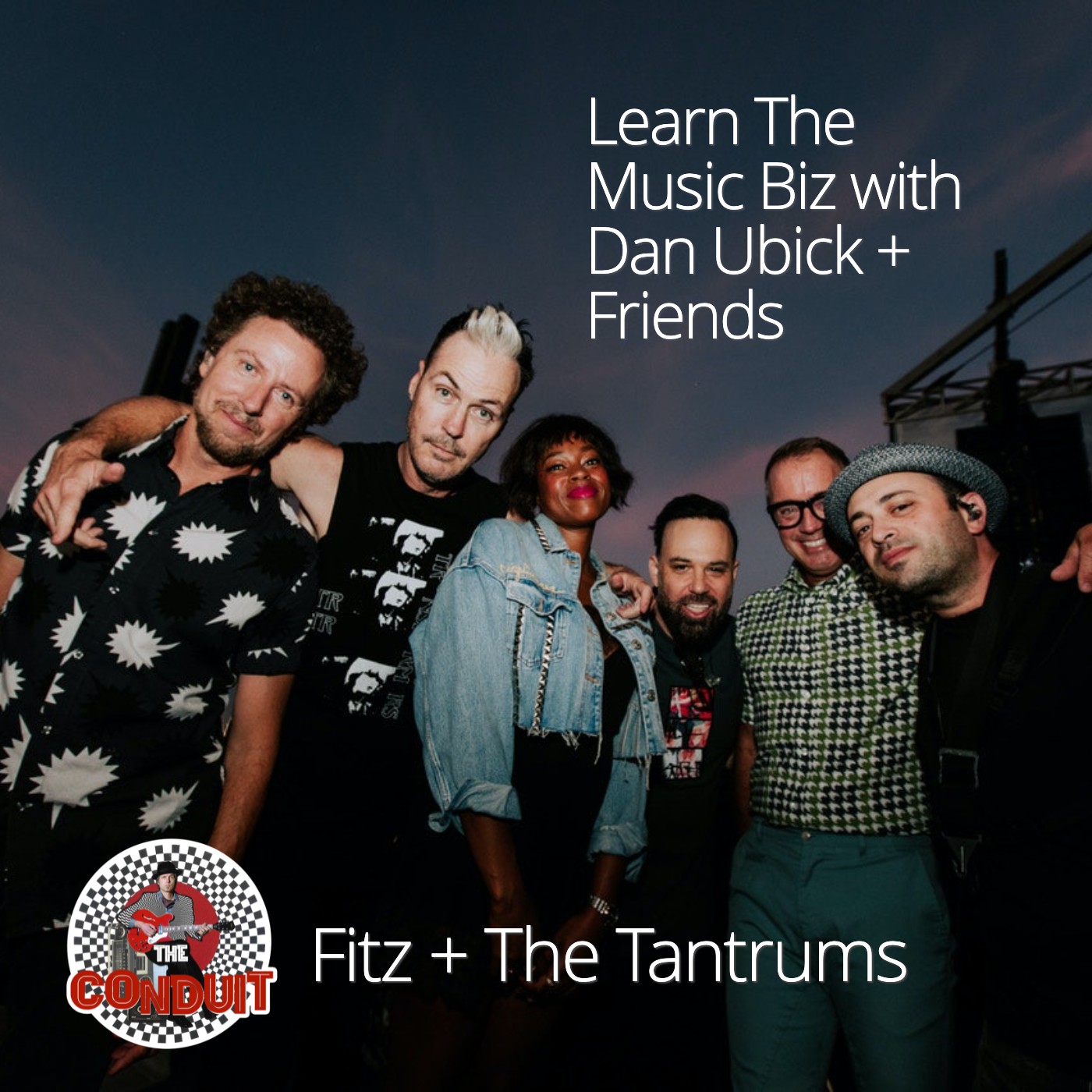 As musicians, finding the balance between wanting to evolve and experiment, and making the music your fans know you for is difficult. Soul pop masterminds Fitz and the Tantrums have managed to produce incredibly diverse records while maintaining, and even growing, their dedicated fanbase. Today's guests, Joe Karnes and Jeremy Ruzumna are key members of the chart-topping group.

While they are mostly known for being in Fitz and the Tantrums, both Joe and Jeremy have had long musical journeys. Joe found success with the glam rock band Imperial Drag, who opened for Alanis Morissette's Little Jagged Pill tour. Jeremy found success as a keyboard player and songwriter for the legendary Macy Gray and raked in many accolades for his co-writing work.

In today's episode, we hear about Joe and Jeremy's musical journeys and what their lives were like before joining Fitz and the Tantrums. We talk about the challenges that come with trying to find your style and why it is more important to know who you are rather than trying to be everything. This is not easy because you want to create and make a living, but if you stick to your guns, you will find your niche. Our wide-ranging conversation also touches on the importance of having a good work ethic and being professional, what it takes to balance touring and family life, what to look out for when signing record deals or advances, and the value of being kind to fellow musicians. Not only are Joe and Jeremy gifted musicians, but they are incredible human beings, so be sure to tune in today!

Key Points From This Fitz + The Tantrums Episode:

•   Hear about how Jeremy first became interested in music.

•   The role that Joe's family played in introducing him and getting him interested in music.

•   Some of the earliest bands Jeremy and Joe played in and what they learned in these formative years.

•   Joe's experience of being in Imperial Drag, his first band that was signed by a record label.

•   How Jeremy came to work with Macy Gray, how this relationship worked, and what Joe learned from this.

•   What Joe's life looked like after Imperial Drag broke up, before starting Fitz and the Tantrums.

•   Being in a band has its challenges and rewards.

•   Jeremy's life and career path after he stopped working with Macy Gray.

•   The importance of defining your own style rather than trying to be a jack of all trades.

•   How Jeremy met John Wicks, the drummer of Fitz and the Tantrums.

•   The chemistry that everyone had when Fitz and the Tantrums came together.

•   Why Fitz and the Tantrums do not necessarily think about how a piece will translate to a live performance when they are recording.

•   How the band has approached recording with their last three records.

•   As humans, we like to categorize things, so when bands change their style, it throws fans off.

•   Fitz and the Tantrums have managed to evolve while still keeping a devoted fanbase.

•   Who is currently in the band's crew and the roles everyone plays.

•   Joe and Jeremy's tips on how to navigate publishing deals and what musicians should be looking out for.

•   Why you should generally be cautious about advances in the music business.

•   What Joe and Jeremy have learned about how to treat opening acts.

•   The importance of making people feel as comfortable as possible.

•   Some important lessons that you learn from opening for many different bands.

•   Why Chris Seefried was chosen as Picking up the Pieces’ producer.

•   The experience of performing on late night T.V.

•   How and why Fitz and the Tantrums moved from Dangerbird to Elektra Records.

•   What has to happen in order to create a hit single.

•   Paying respects to Fitz and the Tantrums’ saxophonist, James King.

•   How Joe and Jeremy balance family life and touring.

•   When you come back from touring, you have to ease back into your family.

“If people are going to offer you an advance, it's because they are planning on making that advance back plus plenty more.” — Jeremy Ruzumna [1:01:20]

Fitz and the Tantrums

Pickin' Up the Pieces