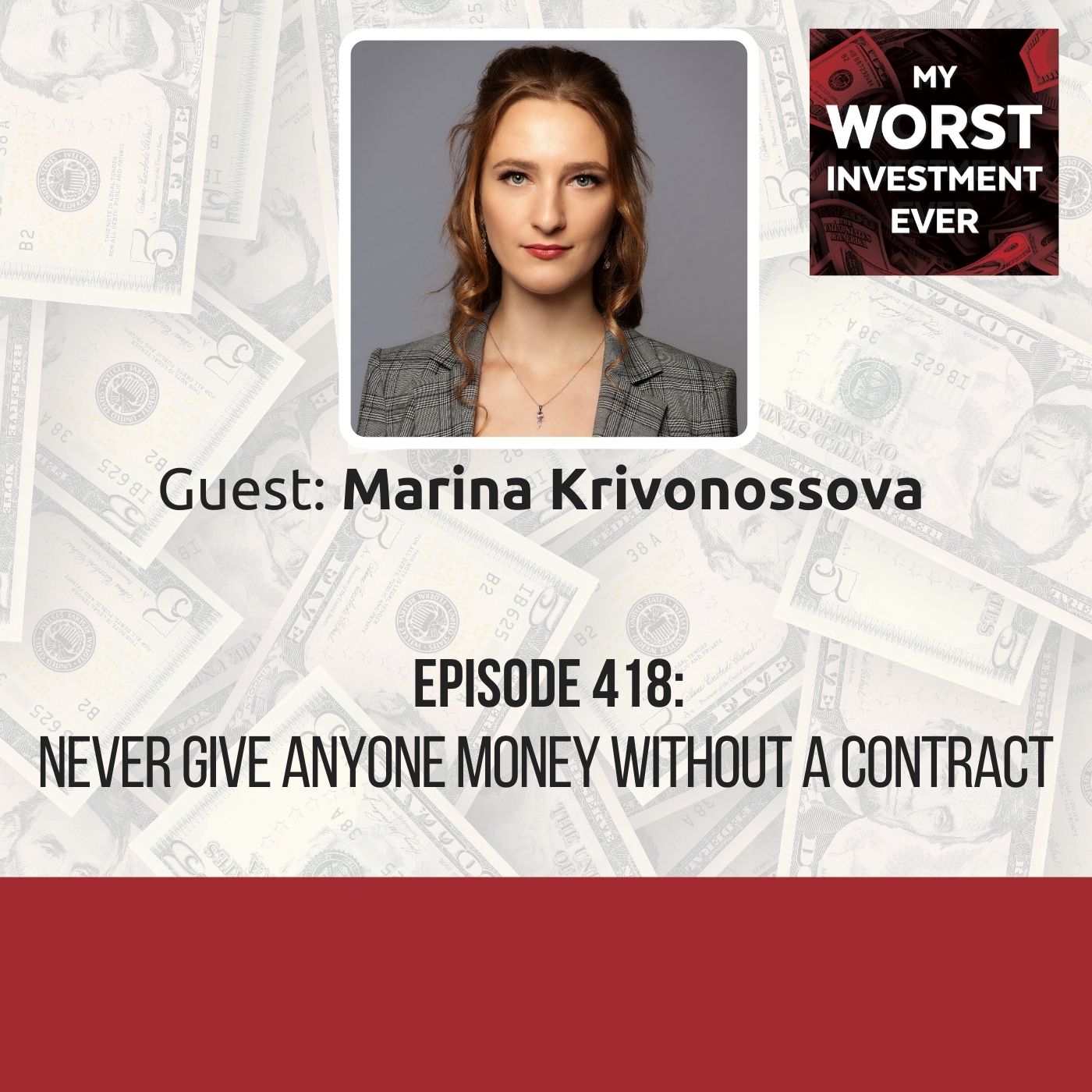 BIO: Marina Krivonossova is a Russian-American currently based in the Netherlands, pursuing a master’s degree in political science.

STORY: Marina was looking for accommodation in the Netherlands when she met a fellow Californian lady on Facebook. They decided to move in together. Marina made the mistake of leaving her in charge of the lease. One day, she came home to find the lady had canceled the lease and didn’t want to live with her anymore. Marina was left homeless and a few thousand dollars poorer.

LEARNING: Never trust anyone with your money unless you have a legal contract in place.

“Don’t trust anyone else with your money unless there’s a legal contract.”

Marina Krivonossova is a Russian-American currently based in the Netherlands. She moved there to pursue a master’s degree in political science after completing her bachelor’s degree at the University of California, Irvine. Though her most recent work has been in marketing and writing, Marina’s ultimate goal is to work for the government in anti-human trafficking policy development and implementation. In her free time, Marina is a fan of traveling, hiking, and baking.

Marina was craving for something new, and so she decided to study in the Netherlands. She found a program that she liked and started looking for a place to stay but couldn’t find any through the websites she was using. She decided to turn to Facebook, where she found a lady who lived near her in California. The lady also wanted to do that exact same program, at the exact same time, at the exact same location. They got in touch and decided to meet up. They got along fine, and they decided to be roommates.

The lady had an Airbnb account, so they found a long-term rental and moved in together. The two ladies lived in harmony, but there was just something off about the lady. However, Marina didn’t think much about it, and she wasn’t home most of the time anyway.

Marina spent most of her free time traveling in and out of Netherlands. For her birthday, Marina went to visit a friend in London, and on getting back, her roommate informed her that she didn’t want to live with her anymore and had canceled their Airbnb lease. The lady refused to refund her the money she had paid for the lease.

As if that was not enough, they had booked a trip together to Portugal, Spain, and Morocco, and now they couldn’t go. Everything had been prebooked and was nonrefundable.

Marina was homeless and also lost thousands of dollars on a trip that she never got to take. Her biggest regret was trusting a stranger too fast and allowing her to have access to her money.

Do thorough research before moving to a new country. Don’t be so trusting and never let anyone take control of your money.

Marina’s number one goal for the next 12 months is to finish a book she’s been working on.