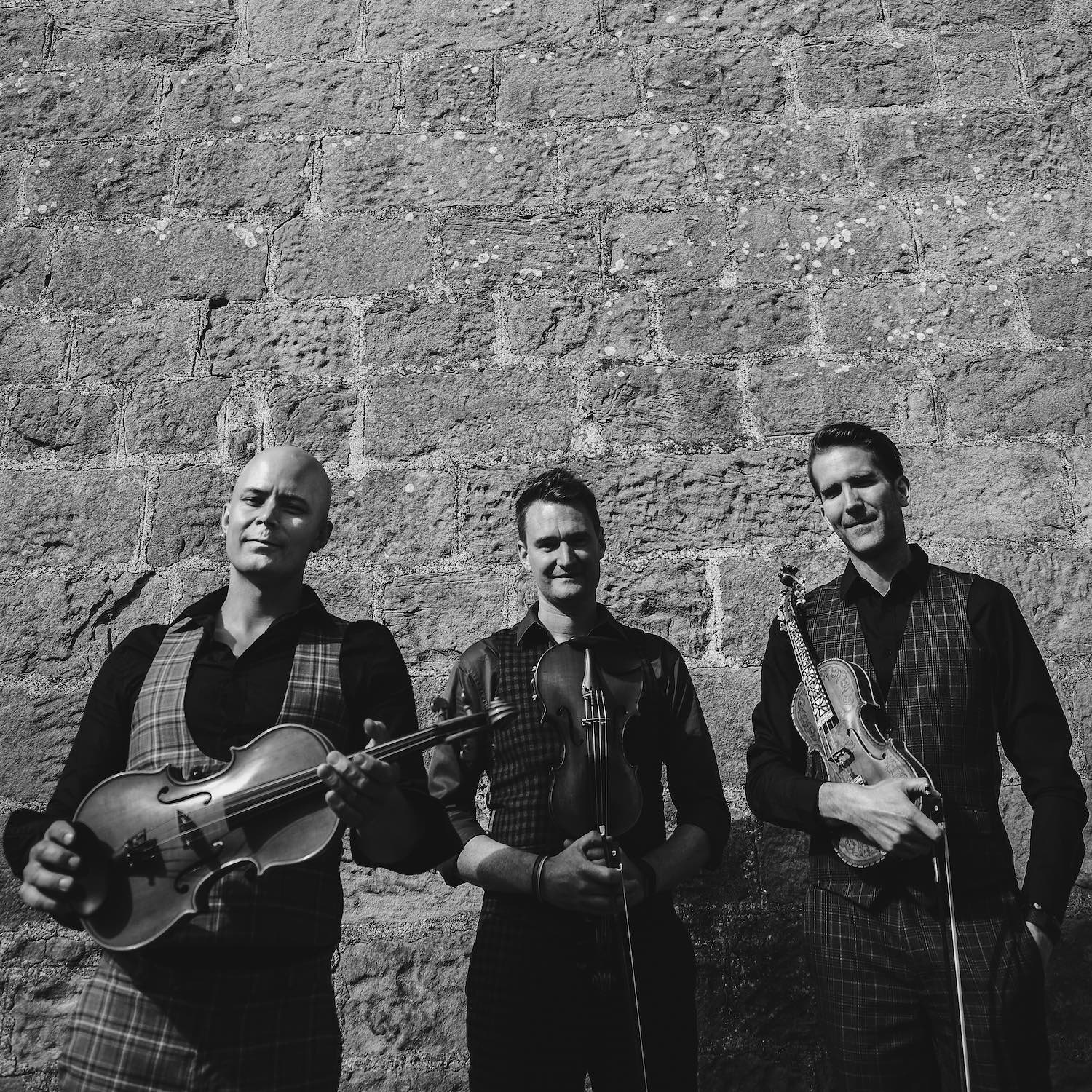 Hello and welcome to a rare Better Each Day podcast featuring fiddles. And fiddlers from three different countries who bring traditional folk, their own imaginations, a dash of magic and throw it in a blender. The result is nothing short of unique and refreshing. And these guys are really really good.

From the moment Kevin Henderson, Olav Luksengård Mjelva and Anders Hall of The Nordic Fiddlers Bloc played together in 2009 they felt a particular chemistry in the sound they created.

Today’s guest is Kevin Henderson and although he doesn’t mention the virtuosity that goes into something like this, he humbly talks about the sound they’ve created and their February 19th CD release named after a harsh frost in the Shetland Islands, Bonfrost.

Some seven hundred gigs later, playing across Scandinavia, mainland Europe, the U.S. and the UK, that chemistry continues to draw the trio together.

Passion is a word that comes up often in conversation with Henderson, Mjelva and Hall. It’s a word that lies behind the trio’s determination to find exactly the right tunes to play and exactly the right way to play a certain phrase (Henderson has been known to find forty different examples of them playing the  same motif stored on his mobile phone from rehearsals). Passion for the music they make is also what makes them endure forty-two-hour flights that should only have taken two–to–three hours to get to a concert rather than let the promoter and audience down.

Hundreds of tunes have been tried and laid aside in The Nordic Fiddlers Bloc’s quest for the music which on two albums, their self-titled debut from 2011 and Deliverance, from 2016, has charmed listeners in the same way that their live performances beguile and satisfy.

In the beginning they were intrigued. For Henderson, who grew up in the fiddle-rich tradition of the Shetland Islands, there was a mystery in hearing his Scandinavian colleagues harmonize with one another. Although Fiddlers’ Bid, the Shetland group he has played with since his teens and continues to work with, create a harmonious, four-fiddle sound, the Swedish tradition of having one fiddle play a melody and another shadowing it with a harmony line, was something new to him.

Folk music promoters and festivals internationally have picked up on the Bloc’s uniqueness. They have played at major events including Tønder Festival in Denmark, Scotland’s mammoth Celtic Connections winter music festival, Cape Breton’s prestigious Celtic Colours, and the annual A Celtic Christmas Sojourn in Boston.

Recognition, including a Norwegian Folk Award and a place in Songlines magazine’s Top of the World selection for their first album, has come their way and as fellow musicians including Dutch jazz violinist Tim Kliphuis invite them to participate in events such as his Rotterdam Fiddle Weekend, the trio have opened their ears to future possibilities in the jazz and classical spheres.

As dedicated tradition bearers, they have also created their own annual fiddle camp, which has taken place in Norway (2018) and Sweden (2019) and is due to visit Shetland next, while seeking out the tunes that will emerge on their much-anticipated third album in 2020.

"On the evidence to hand, pure fiddle doesn't get much better than The Nordic Fiddlers Bloc." Folkworld