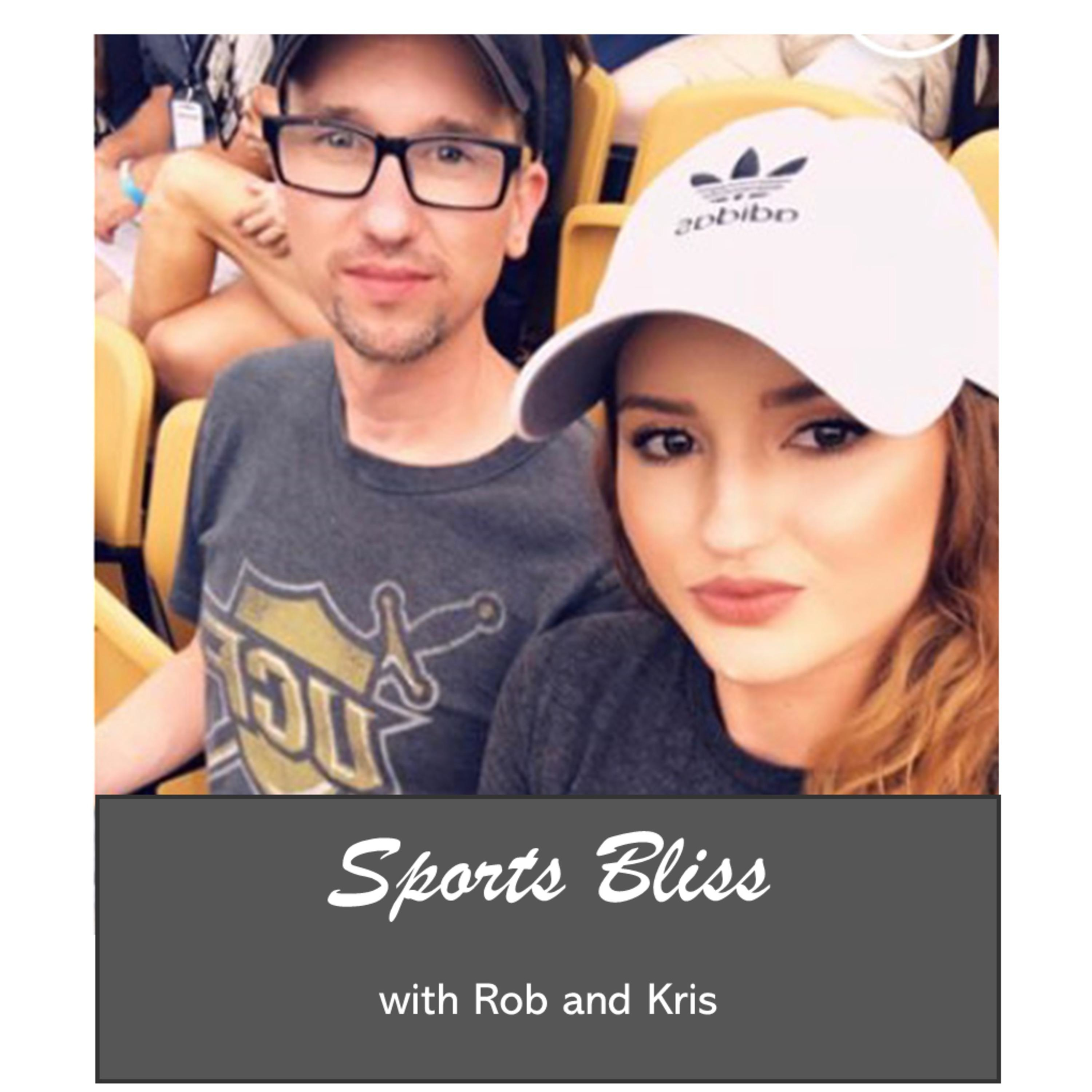 In episode 197 of Sports Bliss with Rob and Kris, Rob and Kristie start the episode discussing this weekends college football games around the state of Florida. Will the UCF Knights bounce back against the ECU Pirates? Can FSU keep their hot streak alive and win 2 in a row? How bad will the Gators beat Vandy? They also discuss some of the other nationally relevant games around college football.

Next, Rob shares some NBA news with Kristie, First, they discuss the Nets situation with Kyrie Irving as he continues to hold out on getting the Covid vaccine. Is he really willing to sacrafice $18 million this season? Then Rob shares with Kristie the penalty if players break the Canadian Quarantine Act while they are playing in Toronto. You have to hear her reaction. The final NBA news they discuss is the new story where 18 former NBA players are being charged with fraudulant acts with the NBA's health benefits.

Then Rob and Kristie jump into NFL news. First up, more Urban Meyer news and reaction to his latest press conference. Did his players really defend him? Then Rob and Kristie preview the Titans versus Jags game and Rob asks which will happen first, a Jags win or Urban Meyer no longer with the team? Then they pick which games they think the jags will win the rest of the year. Next, They preview the Bucs and Dolphins matchup this weekend. Will this game put Brian Flores on the hot seat in Miami?

Finally, as always Rob and Kristie end the episode with trivia and a would you rather.