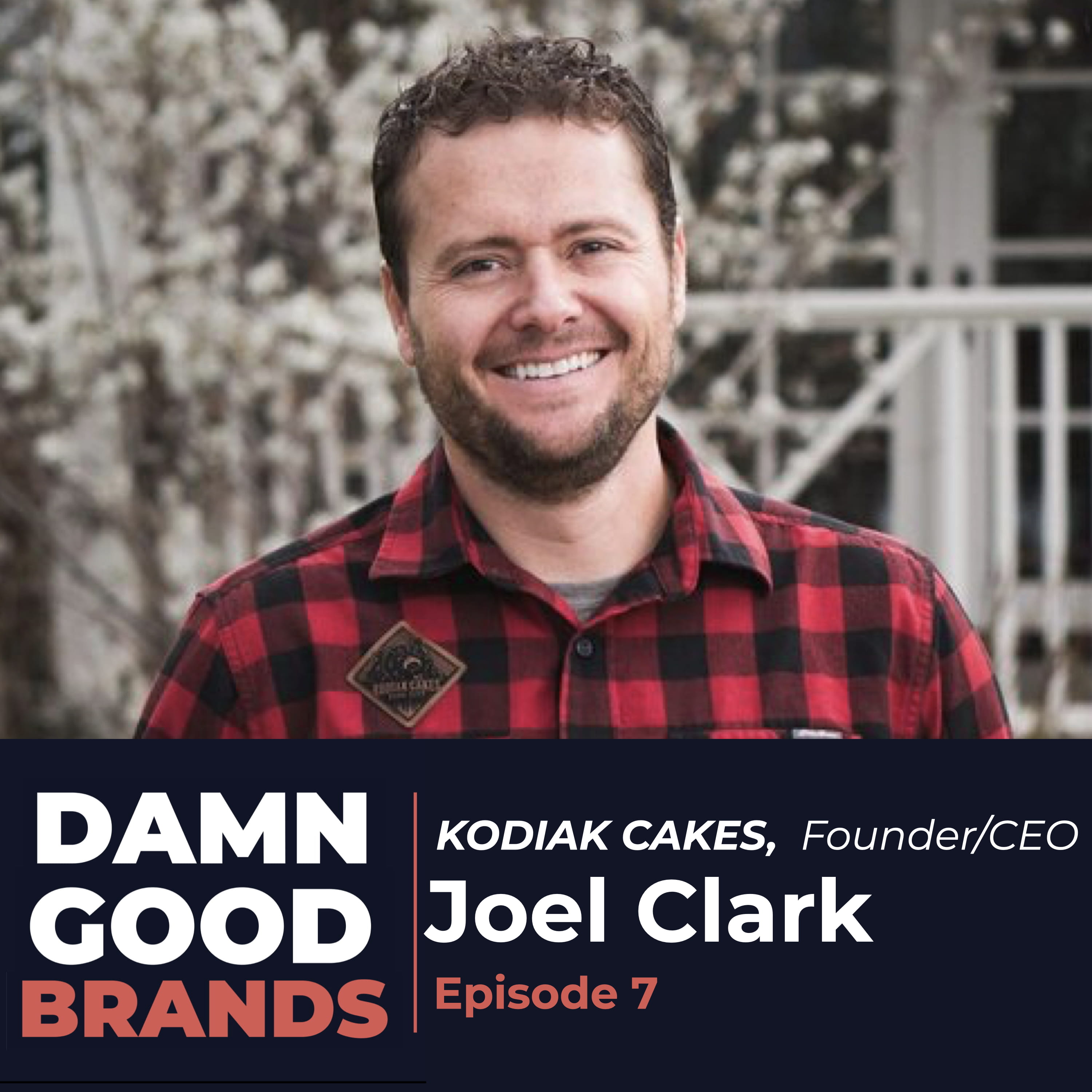 Welcome to DAMN GOOD BRANDS Origin Stories! A new series dedicated to uncovering the entrepreneurial journeys behind some of today’s most successful brands straight from the founders themselves.

Today we’re talking to Joel Clark, the co-founder, and CEO of Kodiak Cakes. In addition to being a client, Kodiak Cakes is an all-natural food company based in Utah that specializes in pancake mix. Their product also includes other healthy snacks like bars, oatmeal, and more.

The story behind Kodiak Cakes is very inspiring since the company struggled for over a decade before becoming a huge success.

Kodiak Cakes started when Joel sold his family recipe pancake mix door to door in a little red wagon as a child.  He basically kept on going until the brand became a success. There may be a little more to the story than that, so I’ll let Joel tell it. The story behind the brand is a long road of struggles that end in glory as the brand is the fastest-growing pancake mix brand in the US, growing 80% year on year and approaching $100 million in revenue.

The critical moment for Kodiak Cakes was with the introduction of Power Cakes; a super healthy, super hearty pancake mix that included protein powder. Power Cakes really enabled the brand to breakthrough in the market place and the story behind its inception is a real lesson in pivoting and product innovation, and even to a degree, a Blue Ocean Strategy.

You may have seen Power Cakes on Shark Tank where, despite receiving offers, Joel walked away empty-handed. The resulting coverage from the appearance, however, gave Kodiak Cakes a significant boost in sales, and today the brand is on the fast track to becoming a household name.

We talked to Joel about the grueling path to success, major leadership lessons, and tips to boost your resilience in the face of the inevitable adversity that comes with entrepreneurship. All this and so much more on today’s episode of Damn Good Brands.

Here are some key takeaways from this conversation with Joel Clark.