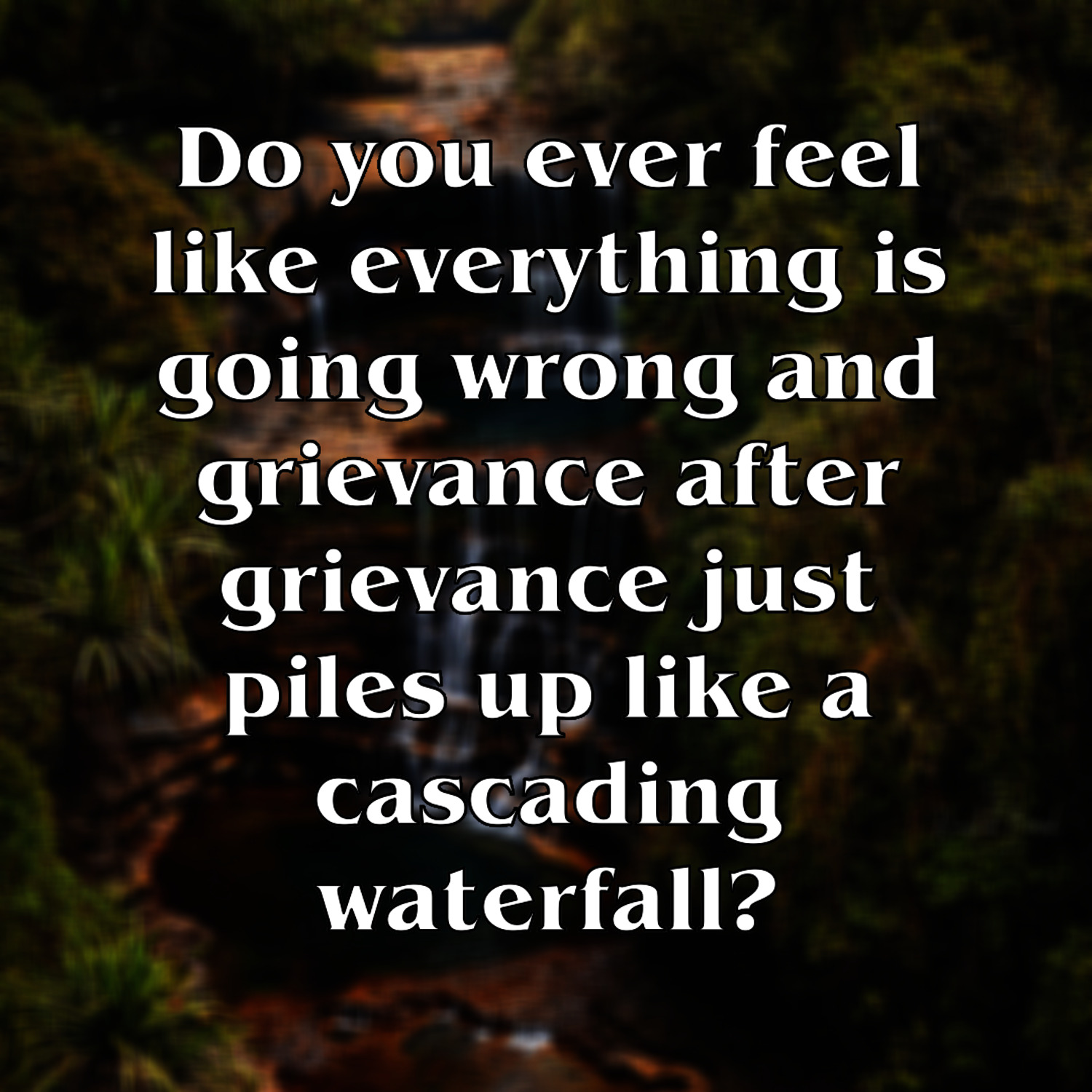 Mental Model #24: Murphy's Law: Anything that can go wrong will go wrong, so make sure it doesn't have the opportunity. Don't rely on just getting by; make sure that you are as fail-safe as possible.

Mental Model #25: Occam's Razor: The simplest explanation with the fewest variables is most likely to be the correct one. Our instinct is to go for the most mentally available explanation, which says more about what we want to see or avoid.

At this point of the book, you probably have a good idea of how to use mental models. They are filters for you to strap on in different circumstances to ensure that you are accounting for everything and making the best-informed decision possible. They either help you in domains or scenarios that you are unfamiliar with or can improve with.

The mental models in this last chapter don't necessarily belong to either of those categories. They are all known as eponymous laws, which is a fancy term that simply means they were named after someone - usually the person who made the observation or discovery.

That's also where these models differ - they come more from observations of patterns found in real-life, both small and significant. But within them are lessons that can transfer to how you live your life. Some of them might sound familiar, but let's see if the actual definitions and implications differ from the instances you have heard them being used in.

Use to make sure matters are not left to chance.

Sometimes, we trip on our way to work on the one day that we are wearing white pants. After we arrive to work, we sit in a dirty chair, and now both sides of the white pants are dirty. After work, a basketball bounces into you from the side; now the pants are just filthy from all angles.

Do you ever feel like everything is going wrong and grievance after grievance just piles up like a cascading waterfall? It can be almost like a movie as to how much suffering can suddenly occur. Welcome to the feeling of Murphy's Law: anything that can go wrong will go wrong.

If you drop a piece of buttered toast, it will inevitably fall on the buttered side. If you wear white pants, you will inevitably get splashed by a dark liquid. If you just washed your car, a bird will relieve itself on top of the hood. If you just went on a diet, your significant other will somehow bring home a cheesecake they scored for free. You get the idea - if it exists, you will find yourself in the worst possible scenario for whatever you are focusing on.

Most of the time, it is spoken in jest to curse coincidence, and there are some permutations that convey the same feeling of misfortune at every possible turn. These include the following:

* Murphy's First Corollary: Left to themselves, things tend to go from bad to worse.

Any attempt on your part to correct this will only accelerate the process.

* Murphy's Second Corollary: It is impossible to make anything foolproof because fools are so ingenious.

* Murphy's Constant: Matter will be damaged in direct proportion to its value.

* Quantized Revision of Murphy's Law: Everything goes wrong all at once.

You probably get the idea by now. Whatever slight possibility there is for something to go poorly will be realized. But as you will read later on, there are very practical uses for Murphy's Law.

He was consumed by designing airplanes, and as you might guess, things did not go well as a general matter. Through a long series of failed tests and designs, he ended up proclaiming, "If there are two ways to do something, and one of those ways will result in disaster, he'll do it that way." This eventually found its way too its current form of "anything that can go wrong will go wrong," and subsequently it became a kind of warning among Air Force engineers and designers.

Eventually, it came to light that the Air Force's near-spotless safety record was due to its belief in Murphy's Law and how it would encourage double-checking, confirmation, and rigorous testing of fail-safes and redundancies.

And that's where the mental model portion of Murphy's Law comes in. It reminds us that just about everything is subject to failure and error. Sometimes a failure represents a coincidence that simply could not be prevented or predicted. Other times, a failure represents a systematic series of errors in which failure was inevitable.

For instance, how would Murphy's Law influence a skydiver? A parachute is a pretty good idea for a skydiver. Having an extra parachute is an even better idea. And having the third is equally as bright.

Murphy's Law is behind the fail-safes, backup plans, and contingency plans of our world. It reminds us to double-check, even when we're 99% sure about something. What percentage of the time does a skydiver's parachute malfunction? It's probably infinitesimal, but I'm betting you wouldn't jump out of an airplane using a parachute that hasn't been recently checked.

Relying on humans is not a smart move because humans are, by and large, careless idiots - myself absolutely included.

If you think everything has gone to plan, it probably hasn't. This can apply to almost any human endeavor - from a child taking a math test to an electrician repairing an oven, a chef cooking a lobster, and a rocket scientist blasting a spaceship into outer space. If you keep Murphy's Law in mind, you can drastically change the way with which you approach certainty.

What are the small cracks in which Murphy's Law could take hold? What truly needs verification/confirmation? What part of my plan (recipe, test, task) am I quietly hoping will be good enough to get by? Plan for the worst-case scenario, and much like anti-mental models, seek to avoid what you don't want, as opposed to aiming toward what you do want.

You might get away with it, but that's not a mindset you should be relying upon.

Use to determine the likelihood of anything.

If you claim to see a "flying entity" in the sky, what do you believe it would be?

A. The spaceship of the lizard people, coming to take back their planet.

B. Ancient remnants of whoever built the pyramids. Maybe the lizard people?

C. The resurrection of Zeus, king of the ancient Greek gods of Olympus.

D. None of the above.

Now, there are many compelling reasons for you to choose D. But Occam's Razor articulates the strongest reason: the simpler, the higher the likelihood of truth.

When seeking explanations for events or situations, you might try to analyze it with a variety of approaches and theories - each more complex than the previous. These are options A, B, and C.

That's the heart of the Occam's Razor principle, which was championed by 14th-century theologian and philosopher William of Ockham (the spelling has changed over time).

Occam's Razor was originally expressed as "Entities should not be multiplied beyond necessity" - simply, one should not over-complicate problem-solving by bringing in too many extra hypotheses, variables, or extraneous factors. Drawing from that original principle, Occam's Razor is often stated in present times as "The simplest explanation is usually the correct one" as well as "The more assumptions you have to make, the more unlikely that explanation is."

That's why answer D is correct. It's the simplest answer with the fewest variables involved. Thus, it is the most likely explanation.

Your initial instinct, oddly enough, is not to go with the simplest answer with the fewest variables. We usually go with the most available, accessible, or alarming explanation, which tends to represent what we either want to see in a situation or absolutely don't want to see.

For instance, you wake up one clear summer morning to find that your outside trash can was overturned during the night, and your garbage is all over the driveway. You could develop several different theories as to how that happened:

* A bolt of lightning came down from the skies, zapped your garbage can, and knocked it over.

* A youth gang bent on causing disruption and mayhem decided to attack your garbage can.

* An extraterrestrial spider slipped through a wormhole in the cosmos and went through your garbage can looking for a substance that would lead it back to its home planet.

* One of the neighborhood raccoons knocked your garbage can over while looking for food.

According to Occam's Razor, the correct answer is probably the simplest - the one that doesn't require a bunch of unrealistic theories or mental detours to explain. The fewer the variables, the better - the raccoon is only one, and a variable that at least has some chance of being real.

With the other three possibilities, you'd have to make some rather complicated explanations as to how they could happen. Each additional factor you add in substantially decreases the overall probability.

How could there be lightning on a clear summer night? Is it really likely that a gang would get their kicks by messing with people's garbage cans? Are extraterrestrial spiders really that incompetent to need something from your garbage?

This particular example is a bit over the top, but the Occam's Razor principle can be employed in everyday situations when we're trying to decipher or explain the issues around a certain event. The more complicated or labyrinthine the explanations get, the less likely they are to be the truth. Life is not the plot to the movie Inception.

This mental model encourages us to start with the simplest explanation and add in additional factors carefully and slowly, one at a time. Occam's Razor is a principle, not a rule. Sometimes the simplest answer won't in fact be the truth; it may well be something that has a lot of complex factors. Not every complicated scenario should be discounted. Furthermore, if the simple answer doesn't take hard evidence or data into account, then it's still invalid - it shouldn't be something that's easy to understand but not backed up by provable means.

But Occam's Razor is almost always the best way to begin to approach a problem. Consider the most easily explained, simple, and realistic interpretation of a certain event, and only contemplate more intricate explanations if they seem reasonable. Excessive elaboration or unnecessary elements will only distract you from the original problem. Don't let your creative instincts play too much of a part when trying to understand a situation - more often than not, the most elementary, basic solution is the most accurate.