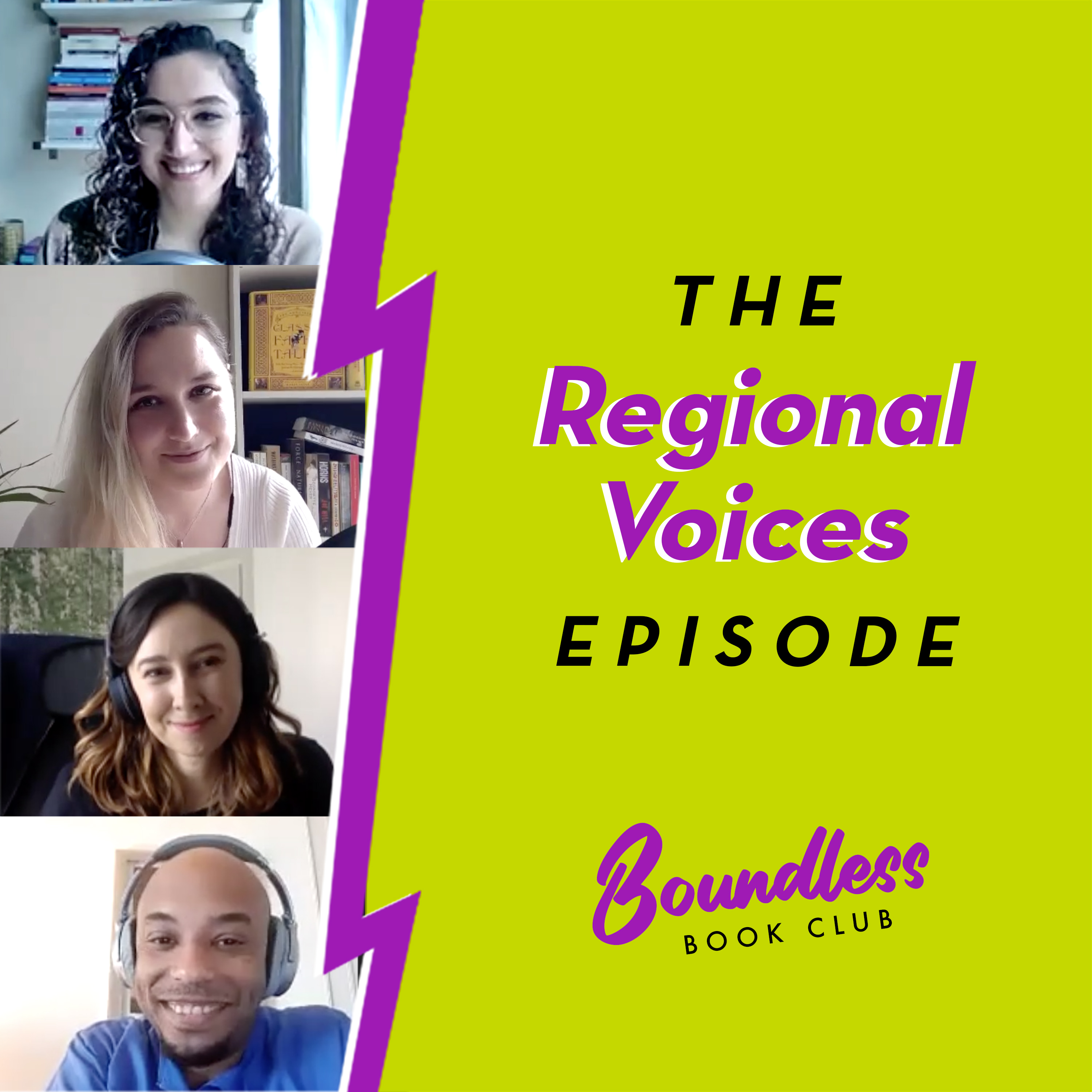 In this episode of the Boundless Book Club from the Emirates Literature Foundation, you’ll find Ahlam, Andrea and Annabelle talking to Saeed Saeed, Arts and Culture features writer for The National (thenational.ae), about the voices from the Middle East that we want everyone to know about.

There are so many though and this is just a small selection so we will definitely have to revisit this topic. If you have any suggestions, send us a message on social media or ping us an email on comms@emirateslitfest.com.

Choosing just one book for this podcast is always a challenge for Boundless Book Club members, and Saeed is no exception, so he has chosen an anthology of crime fiction set in Baghdad titled Baghdad Noir. The stories vary in style and contributors include heavy-hitters like Ahmed Saadawi of Frankenstein in Baghdad fame. Saeed talks about how it works on many levels and also acts as a travelogue to Baghdad, with a personal highlight of his being the opening essay by Editor Samuel Shimon. Most importantly for Saeed, the book is nothing like Diagnosis Murder.

Maps of Wandering and All That I Want to Forget, by Buthaina al-Essa

In this episode Ahlam talks about finding her path to a career in literature through a conversation with Buthaina while visiting Kuwait. Ahlam recommends two of her books: For Arabic speakers Maps of Wandering tells the story of two parents whose child is lost in the masses of Haj, and the impact this has on their relationship. If you’re looking for a book in translation, then she recommends All that I want to Forget about a woman who dreams of studying poetry and French literature and is instead steered towards an arranged marriage.

A slow burn but justifiably so and worth the initial perseverance, Annabelle recommends Azazeel by Youssef Ziedan. Written entirely in the first person save for a fictional ‘translator’s note’ at the beginning, the book is presented as the memoirs of a 5th Century Monk called Hypa. Compelled to ‘confess’ his life story to the page by Azazeel or Lucifer as you otherwise might know him, the reader gets to experience the region’s tense religious history, from Alexandria to Jerusalem and beyond, through the eyes of a man wrestling with his own faith.

This moving and entertaining graphic novel memoir by Persepolis author Marjane Satrapi is Andrea’s recommendation. When the men of the family leave the room, the women in Marjane’s life unite around the samovar to talk about their sex lives and more with each anecdote more scandalous than the last. These women share some funny, some sad, and some truly harrowing life experiences, but with the lightness of touch and wry humor that makes it a real treat.