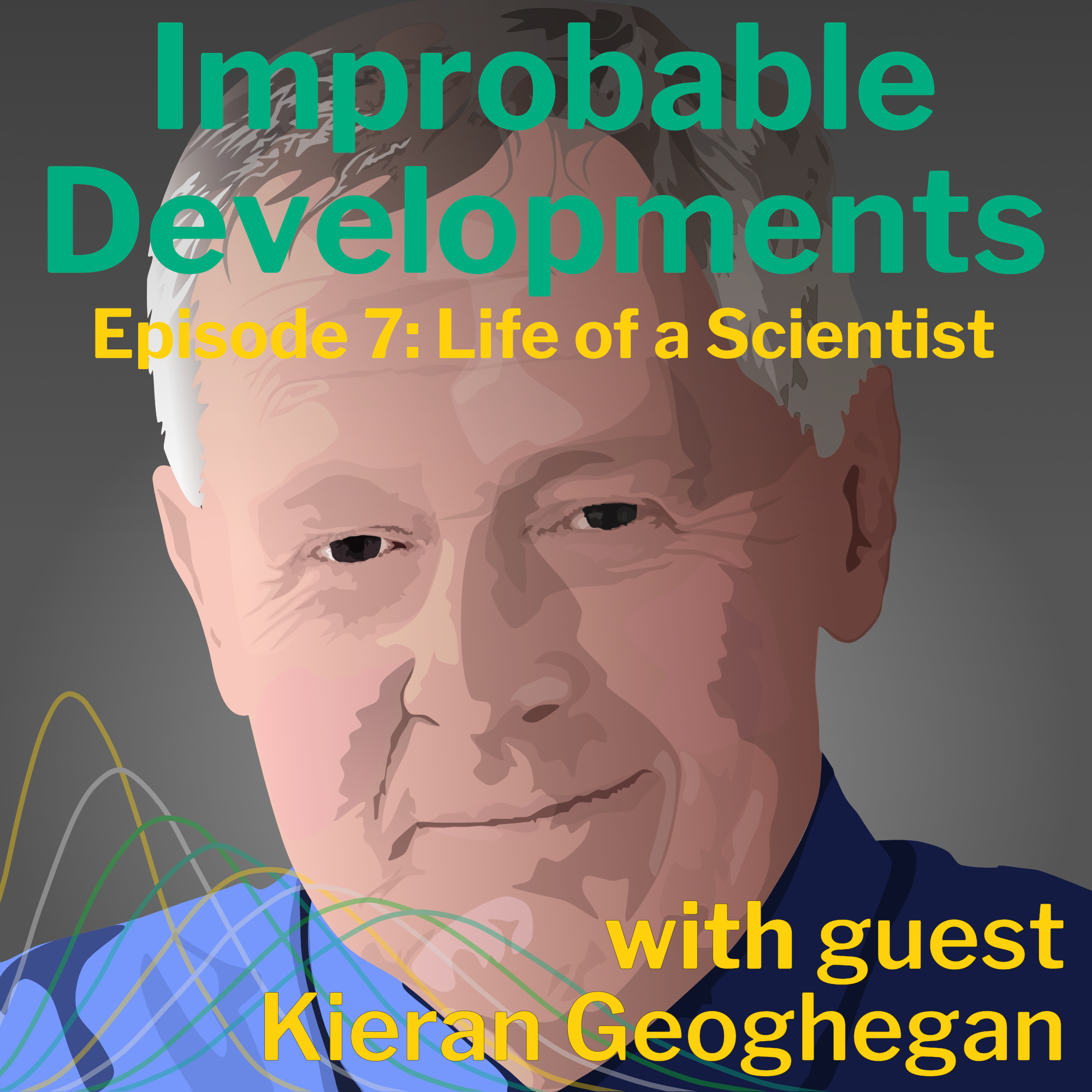 "For me it was a question of dying and going to heaven for 32 years."

Dr. Kieran Geoghegan was inspired by the scientific and technological breakthroughs of the NASA programs in the 1960’s. This became a lifelong quest to get to the bottom of things and resulted in a wonderful career as a scientist himself. This innate curiosity and determination led him to pursue his PhD in biochemistry at Cambridge College in the UK. He began studying DNA, the very molecules of genetics. However, he found the variety and complexity of proteins much more fascinating.

His primary motivation was to live the life of a scientist. He found that working within a company with the shared goal of bringing new medicines to patients offered him this opportunity. He enjoyed the challenges of the applied science and also found time to solve some more fundamental biochemical challenges. His 32-year career at Pfizer spanned the very era when biotechnology emerged as a new industrial force.

At each fork in the road, he followed his passion, his skills, and curiosity.  This led him to a very high position on the scientific ladder at Pfizer,

Creating Cures: A Young Scientist’s First Job in American Biopharma. He discusses life in an industrial research organization, the duality of business and science, and the opportunities working in such an organization brings.

Enzymes, Wizards and Secret Passages: Intuitive Lessons in Biochemistry  This is a more technical book about some of the hard-won lessons and shortcuts in biochemistry. It is probably most suited for those in the field.