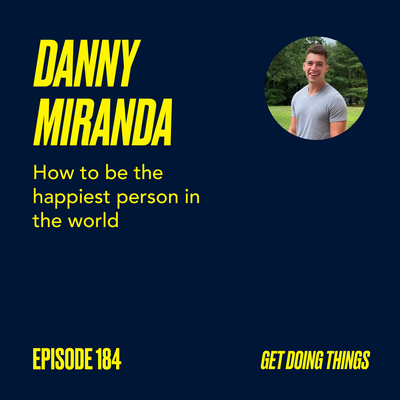 Danny Miranda - How to be the happiest person in the world

I got to sit down with the Official Happiest Person In The World—Danny Miranda.

I had a lot of fun with Danny. Danny is the kind of guy who peps you up in a 10 minute conversation. I was lucky enough to sit down with him for an entire hour.

Danny Miranda is a lover of life. He is a writer, podcaster, and high energy advocate. He believes any day he is fulfilling his ultimate mission in life – to make the world happier, healthier, and wiser – is a good one. He enjoys floating on this rock in space and pursuing his highest version.