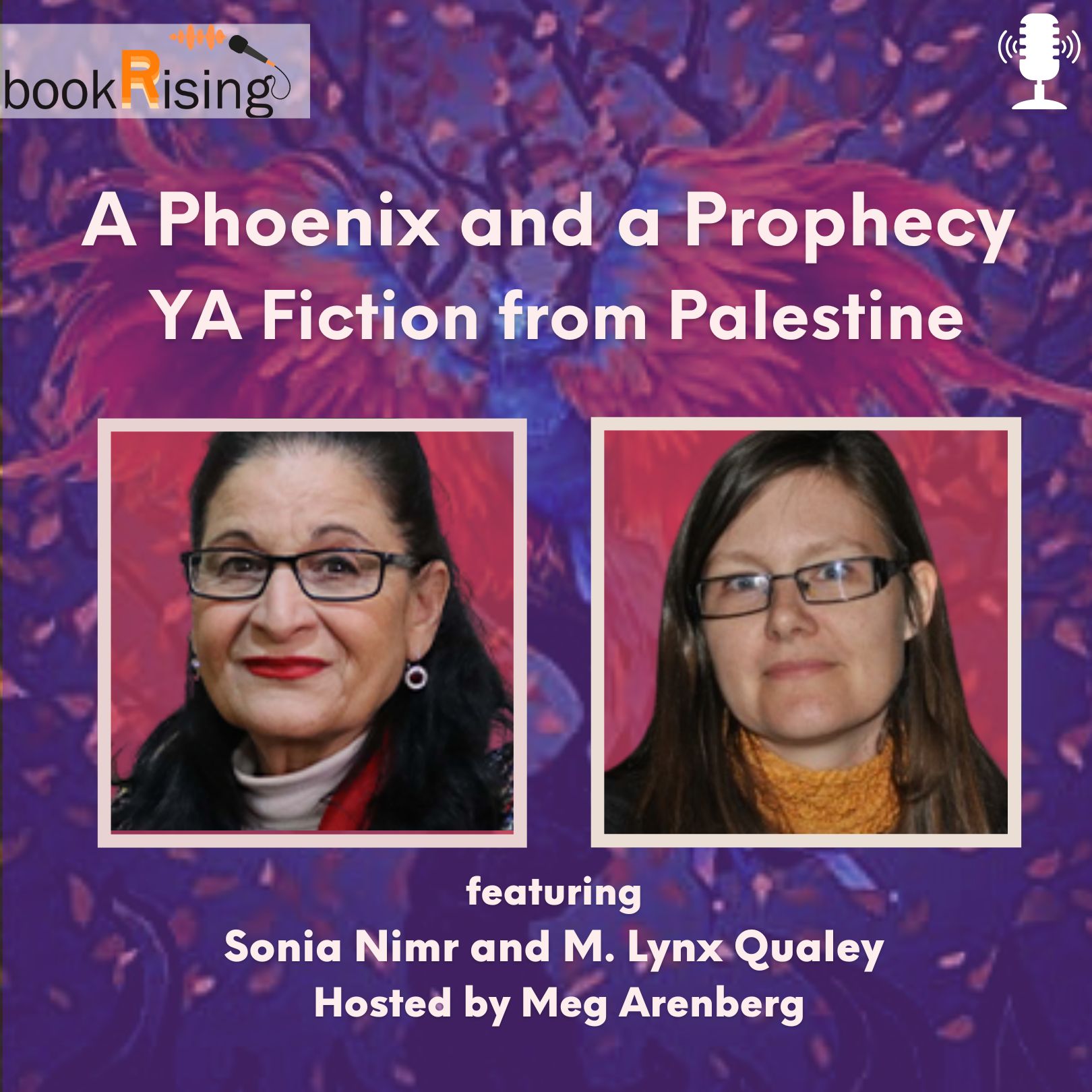 Meg Arenberg speaks to writer Sonia Nimr and translator Marcia Lynx Qualey about the translation, editing and publication of Thunderbird, Nimr's speculative fiction trilogy. In this series, teen girl protagonist Noor finds herself hurtled into a fast-paced time-traveling adventure where magical worlds and mythology is combined with Palestinian history. Nimr explained that the trilogy was inspired by the phoenix which is often represented in Palestinian folklore as well as in archeological artifacts. Qualey said there is a problematic expectation from Western publishers to explain historical events and sometimes pressure to create a narrative that reflects both sides of the conflict in the region. Nimr was indignant about having to be on the defensive about the reality of living under occupation in Palestine. She powerfully declared that "this is one thing that really hurts and pains me as a writer and as a Palestinian. We always have to be nice and put the other narrative and be careful when we write. I don't want to be careful, this is my life."

Sonia Nimr is an award-winning Palestinian writer and storyteller who writes children and YA books. She is author of Ghaddar the Ghoul and Other Palestinian Stories, Wondrous Journeys in Strange Lands and theThunderbird trilogy. She won the 2014 Etisalat Award for Arabic Children’s Literature in the Young Adult category, and was also shortlisted for the prize for the first Thunderbird book.

M. Lynx Qualey is a literary critic, translator editor, and co-founder of ArabLit. She also publishes ArabLit Quarterly magazine and co-hosts the Bulaq podcast. She is the translator of Sonia Nimr's Thunderbird trilogy.

Meg Arenberg is the Managing Editor of the Radical Books Collective.