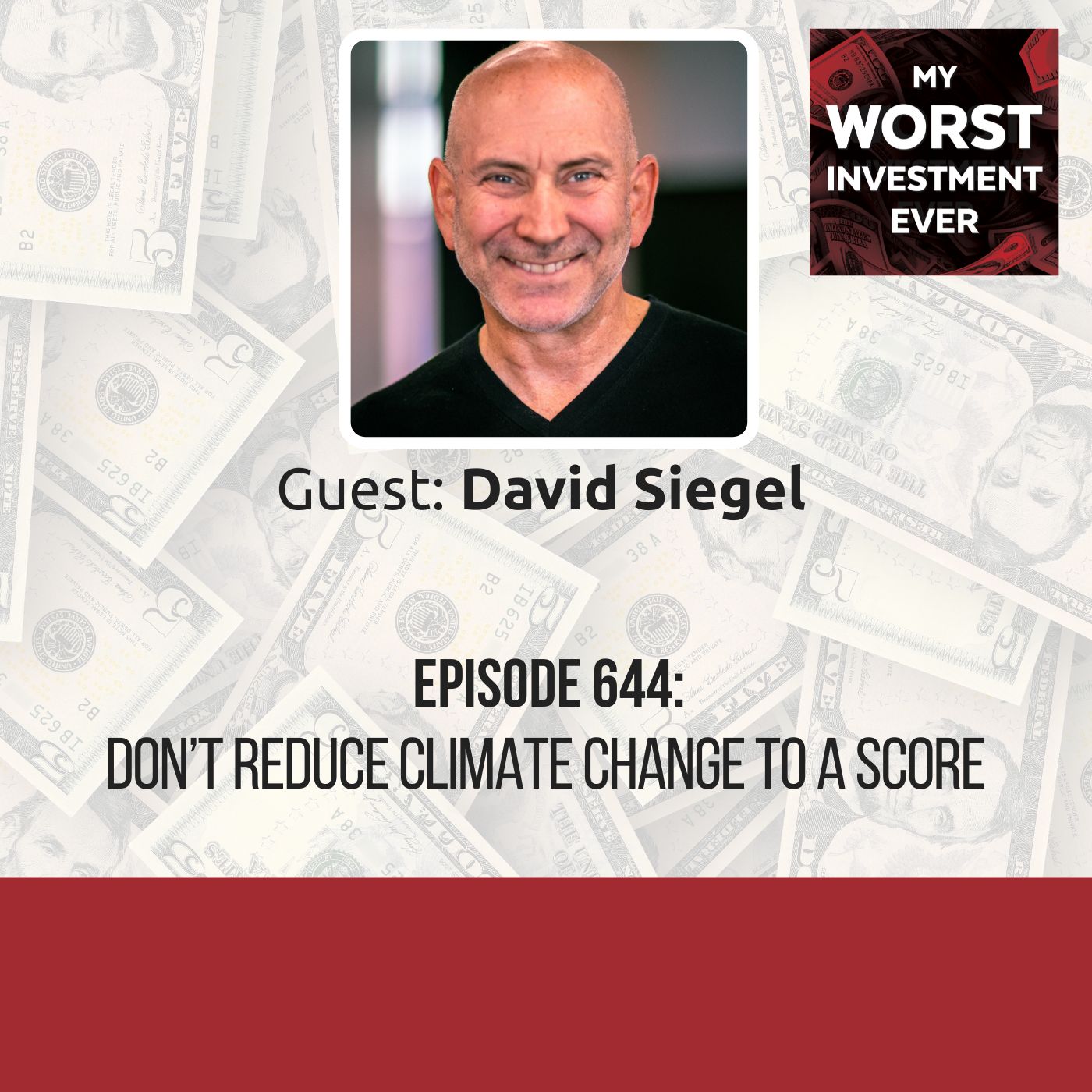 BIO: David Siegel is an entrepreneur who has started more than a dozen companies. He has written five books on technology and business, given more than 200 professional speeches worldwide, and was once a candidate to be the dean of Stanford business school.

LEARNING: It’s wrong to reduce climate change to a score. We need a better alternative to the UN’s Environment, Social, and Governance (ESG) movement.

“You don’t have to do anything the way anybody tells you to. Go learn in the most irreverent way possible.”

David Siegel is an entrepreneur who has started more than a dozen companies. He has written five books on technology and business, has given more than 200 professional speeches around the world, and was once a candidate to be the dean of Stanford business school. He is a fintech leader, a leader of the open Metaverse movement, a business strategy coach, and an advocate for the scientific method. He writes and makes videos about climate change at www.climatecurious.com.

David is a previous guest who joined us on Ep98: Start-ups Should Start with Selling. In today’s episode, he tells us more about his research on climate change.

David has been conducting research on climate change since 1988. He wrote his first book on climate in 1991. So David is not one of those instant climate experts. In 2015, he decided to really dig into the subject and spent an entire year doing nothing but climate research. During this extensive research, David realized that many scientists don’t understand climate change fully and that many people take it at its face value. He believes people need to understand climate change on its own merits and not as an overarching cause and effect. For this reason, David digs deep into research to present raw data and help people make up their minds.

In comes the UN’s ESG movement

The rigorous talks on climate change have metastasized into the global Environment, Social, and Governance (ESG) movement that has been forced on us by the World Economic Forum and the UN. ESG is a UN program strongly endorsed by the World Economic Forum and has been going on for 20 years. The point of ESG is to give every company a detailed scorecard of their carbon footprint, water use, energy, pollution, and other practices that affect climate change.

Every public company in the United States pays $2 billion yearly for compliance, which could go to $8 billion. David believes this money is spent so the companies can get a high score regardless of their efficiency.

Transparency is good; it’s just being done the wrong way

David believes that while we must have transparency where climate change is concerned, it’s not okay to reduce it to a score given by some consultants. He thinks the ESG scoring system simplifies a complex subject into a single set of numbers that don’t represent reality.

Moreover, ESG scoring is done arbitrarily, based on political assumptions and a set of unclear rules by anointed consultants selling indulgences. According to David, coming up with one score on something is full of problems and creates terrible incentives. In this case, companies won’t be efficient with the goal of fighting climate change but simply get a good score. And with the amount of money companies are paying, it really comes down to paying for the ratings. So there’s a lot of conflict of interest in the ESG scoring process.

The scoring will soon get personal

Currently, every US state and city must get an ESG ranking. David believes this will go further down to a personal ESG score. Soon, everyone will need to have a unique social credit score. This personal ESG score will be used to deny you access to financial services, rent, loans, how far and when you can travel, etc.

David believes that the idea behind creating ESG is good. Still, we need to build a better alternative that’s more objective and efficient. He also insists that people should use independent thinking to combat climate change at an individual level. David’s advice is to participate where it makes sense and know when to go with the herd and when to go against it.

David’s number one goal for the next 12 months is to build his Cutting Through The Noise platform.

“Develop yourself and learn all you can. Podcasts like Andrew’s are really valuable. Don’t take anything from other people; find your own way. Look at the data, learn to interpret it, and ask difficult, irritating questions.”