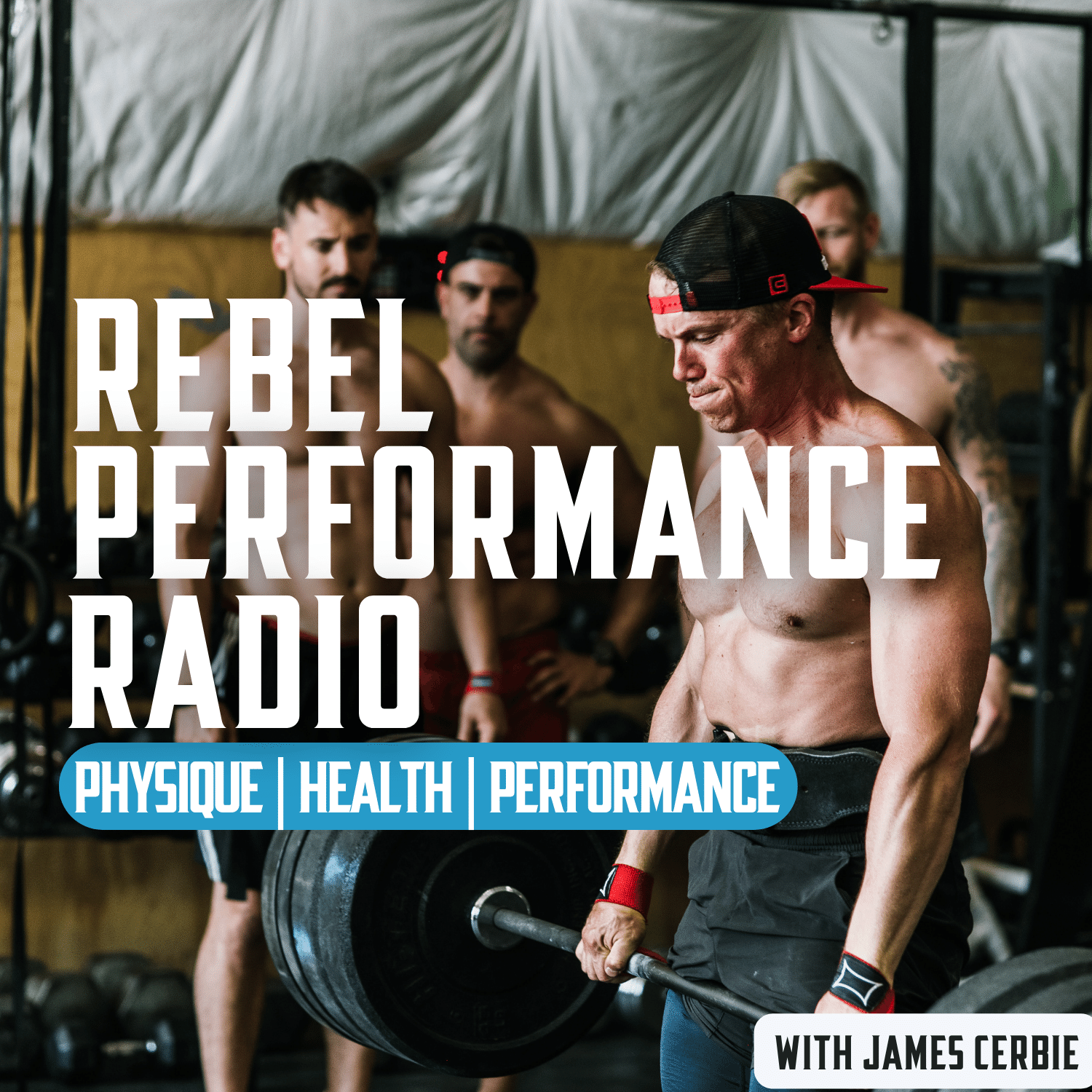 Will Crozier, world’s strongest respiration nerd, joins the show today to discuss all things getting strong. From the importance of maximizing muscle in your weight class to looking outside the traditional powerlifting realm to break through training plateaus, Will offers a unique perspective and whether you’re a powerlifter or not, this episode is a must listen.

Will found the gym in a traditional way around 11 years ago, dabbling with his buddies from work and quickly took a liking to it. His initial foray into “real training” was through bodybuilding. However, within a few years he quickly found that he really liked lifting heavy (and disliked dieting), which led to his discovery of powerlifting. Due to having a solid base of muscle mass to begin with, Will took to powerlifting very quickly - breaking the Australian record for the deadlift in his weight class at the time in his very first meet - and realized it was his calling. Now as an elite level lifter, he finds himself trying to strike a balance between health and performance so he can be at the top of his game for a very long time. Currently, Will competes in the 275lb weight class and has posted a 2,167lb total (847lb squat, 484lb bench, and an 836lb deadlift) in his most recent meet.

We then dive into discussing the importance of hypertrophy for powerlifting, with Will making the case that muscle mass is often the limiting factor for most lifters. While many of the highly specific, high frequency powerlifting programs are en-vogue at the moment, Will prefers to use more of a bodybuilding approach (particularly in the off-season) with his athletes to keep them healthy and his words, “just get jacked”. As a coach, Will encourages his lifters to put on muscle and get as big and strong as they can as opposed to attempting to win local meets by staying in a lower weight class.

This leads us to a discussion on longevity in powerlifting and how Will has changed his approach to training over the years in order to extend his life on the platform. While younger lifters will often use the hammer of volume and intensity on the big lifts, Will cautions how that strategy will only “work” for so long before something breaks down and you hit a wall. It wasn’t until he had hit his own personal wall when he had started searching for other answers outside of just doing more of the same. Will found a lot of value in discovering various respiration interventions while backing off, programming more intelligently, and learning how to find and feel the right muscles. Additionally, Will recommends that lifters drop the ego and not use fatigue as a badge of honor, but instead focus on the big picture of improving over time.

Next we looked specifically at the squat and how Will used different drills to improve his movement competency over the past several years. Tired of always having low back pumps and tight hip flexors, he began to explore more of the work from the Postural Restoration Institute - which includes reggressed positions and learning how to find his abs and hamstrings. Through this process, he began to draw more awareness to how he was moving, which downstream improved his competition squat. In taking several steps back and reducing sport specific volume but still working at a good level of intensity, he was able to better set himself up for success week to week and subsequently added 66lb to his squat in that timeframe.

Will has found that through being able to access better positioning, he can now handle more volume without getting nearly as beat up. While he still uses relatively low training volume, he understands the importance of volume to drive further adaptations and uses specific movement strategies to mitigate potential wear and tear.

On the subject of warm ups for training, Will explains how he uses prep work to bring awareness to how he’s moving and prefers a minimal effective dose to feel primed and ready before getting under a barbell. He feels that a common misconception is the need for lengthy warm ups, especially as you advance in your lifting career. Rather, he proposes that once you understand how to feel certain muscles, you won’t need much in the way of prep work at all.

This ties in with Will’s overall philosophy on training and his emphasis on simplicity. We dove into Will’s current training structure and what a typical week looks like being several weeks out from a meet and an idea of what it looks like in more of an off season. Above all else, Will believes in making minimal changes over a long period of time and finding a way to be consistent so that you always know what’s working in your training vs what’s not. In making training uncomplicated, Will believes you can get brutally strong while learning how to measure and manage variables to continue to make progress.

Lastly, Will talks about how traveling for continuing education has been one of the things that has pushed his coaching to new levels and allowed him to connect the dots over the past few years. He strongly suggests Dr Pat Davidson’s Rethinking the Big Patterns and Zac Cupples’ Human Matrix to all coaches looking to expand their repertoire.

Enjoy and hit that subscribe button if you learned a thing or two.

11:45 – The importance of muscle mass in powerlifting

PLUS: Whenever you're ready... here are 4 ways we can help you find your peak performance (and live up to your true potential):

1. Get 21 FREE program samples. Tired of second-guessing and overthinking your training? CLICK HERE to get 5 months of free workouts to help you unlock total package performance, physique, and athleticism.

2. Buy a pre-made program. Looking for an expertly crafted training program minus the coaching and camaraderie? Then GO HERE.

3. Join the Total Package Athlete Challenge. Want to work directly with me to hit a PR in your squat, bench, deadlift, vertical jump, broad jump, or 8-minute assault bike within the next 6 weeks? Then GO HERE.

4. Join the Rebel Performance Training Team. Want to work directly with me and my team to unlock total package performance, physique, and athleticism (so you can start living at your physical peak)? Then GO HERE.

Join us on Apple Podcasts