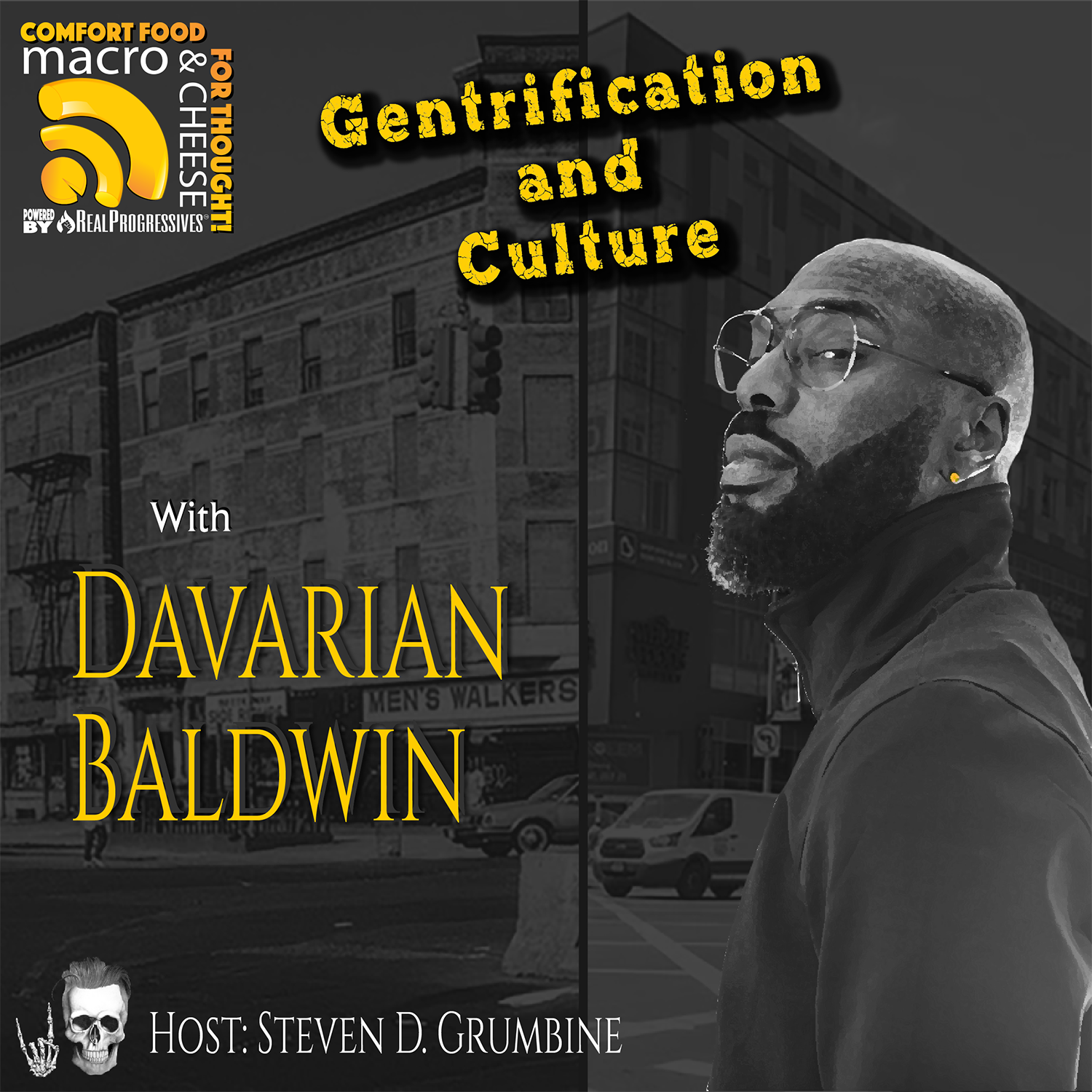 **Full transcripts of all our episodes are available on the website, where you will also find an “Extras” page with additional resources. realprogressives.org/macro-n-cheese-podcast/

Steve’s guest, Davarian Baldwin, calls himself an urbanist. This affects his prescriptions for reparations in the US, which extend beyond ADOS and beyond individual payments. His bio says he is a historian, cultural critic, and social theorist of urban America – and this episode touches on all those strands. The legacy of slavery and history of racism reverberates through any analysis of, or approach to resolving, this country’s social and economic problems. The New Deal itself helped increase disparity between the races.

The interview includes a discussion of “wokeness”—a term which continues to stir up trouble among leftists and pseudo-progressives.

In the second half of the episode, Davarian explains the concept of racial capitalism, then goes on to tie it to gentrification. He gives a detailed description of the effects on the white working class as well as communities of color. He makes the case that any solution must be both race and class based and must be systemic.

Davarian L. Baldwin is the Paul E. Raether Distinguished Professor of American Studies at Trinity College, and is a historian, cultural critic, and social theorist of urban America. His work largely examines the landscape of global cities through the lens of the African Diasporic experience. He is author of “In the Shadow of the Ivory Tower: How Universities are Plundering Our Cities,” “Chicago’s New Negroes: Modernity, the Great Migration, and Black Urban Life,” as well as numerous essays and scholarly articles. He wrote the historical text for The World of the Harlem Renaissance: A Jigsaw Puzzle.