Fish Out of Water Co-Host:

Our Fish Out of Water co-host today is a Best-selling Author, Keynote Speaker, Social Media Entrepreneur and contributor to multiple online blogs. Finding your, 'Why' is not enough. Sometimes you need that something extra to push you over the edge. You have to keep fueling the fire to keep it alive. You don't want to get ten years down the road and find the fire has been extinguished. Proving the impossible is possible is this episodes co-host.

At the beginning of 2015, he quit his corporate job, moved to California and began to reinvent himself. He wondered what life would be like in ten years if he didn't fuel the fire of entrepreneurship inside of him. Not liking what he saw, Calvin Wayman pursued self-development and attended the "THRIVE: Make Money Matter" event in 2015. This changed his life forever. He has achieved quite a lot in the past year reinventing himself. He is now the founder & CEO at CobbesMedia, Author of Fish Out of Water, Writer at Social Media Examiner, The Huffington Post and at Entrepreneur Magazine. Reinvention never stops. 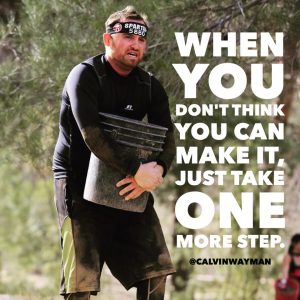 You have got to realize you can create Roger Banister effects in all areas of your life.

Once people see that it is possible, and that it can be done they can believe they can do it for themselves.

Done is better than perfect. Just do something.