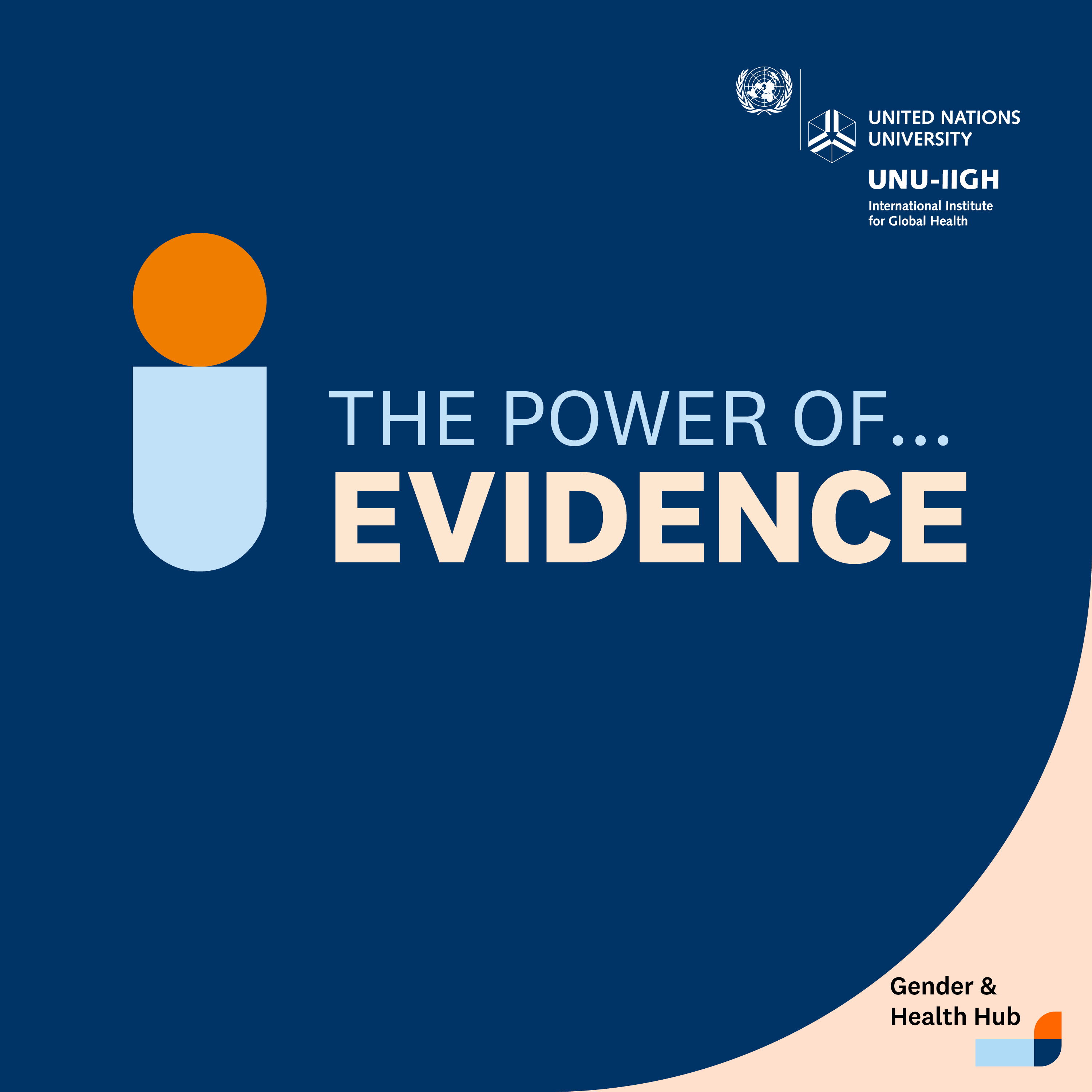 Episode Title: The Power of Evidence: The Disconnect Between “Gender Transformative” Language and Action in Global Health

Welcome to the Power Of...podcast, a production by the United Nations University International Institute for Global Health (UNU-IIGH). In this collection of conversations, we dive into critical, thought-provoking, and contemporary content to stimulate debate and dialogue with the aim of driving gender equality in global health.

Host, Johanna Riha, works at the UNU-IIGH in Malaysia and is passionate that the bold commitments towards gender equality in health be met with changes to the underlying structural and systemic drivers for true transformation to occur. In this episode, Johanna focuses on the power of evidence and she explores the misappropriation and misuse of ‘gender transformation’ language, along with the negative impact this has had in addressing gender inequality in global health. Guest Anju Malhotra joins the conversation to talk about a recent think piece she authored on the topic.

Discussing her recent think piece, Anju shares why the time is right to have this conversation. Reflecting on the progress that has been made, we are still looking forward to achieving the envisioned changes many had hoped for in terms of gender equality.

Anju walks through the key points and arguments she makes in her think-piece, in particular the concern that arises over the misappropriation of gender-transformative language and its use as a self-congratulatory tool. She outlines three main reasons for raising this concern. First, the gender-transformative label is often used to define programmes based on what a programme intends rather than what it achieves. Second, the label frequently fails to capture the negative or unintended consequences associated with changing unequal power structures in society. And finally, many programmes that are associated with the gender-transformative label place the burden of change on individuals rather than on health systems.

The episode ends with the three concrete steps that Anju presents which would help move this conversation forward: 1) define success in terms of outcomes achieved, rather than intentions, 2) have realistic theories of change—looking at both optimistic and pessimistic realities, 3) focus more on changing health systems for gender equality, rather than the other way around.

As the episode draws to a close, a few others join the conversation to share what they thought about the think piece. Jennifer McCleary-Sills—a senior program officer for gender equality at the Bill and Melinda Gates Foundation —talks about the main thesis of rhetoric verses investment, and how everyone wants a label but they do not want to do their work differently. Geeta Rao Gupta, a senior fellow at the United Nations Foundation, also shares her thoughts about the misuse of gender-transformative language and goes on to argue that there needs to be a shift in the balance of power in order for gender equality to take place.

Don’t miss the next episode as we explore the theme of health systems transformation for gender equality from multiple perspectives and geographies. Keep challenging yourself to think, question, and do more!

Send in your feedback! Write to us: iigh-info@unu.edu