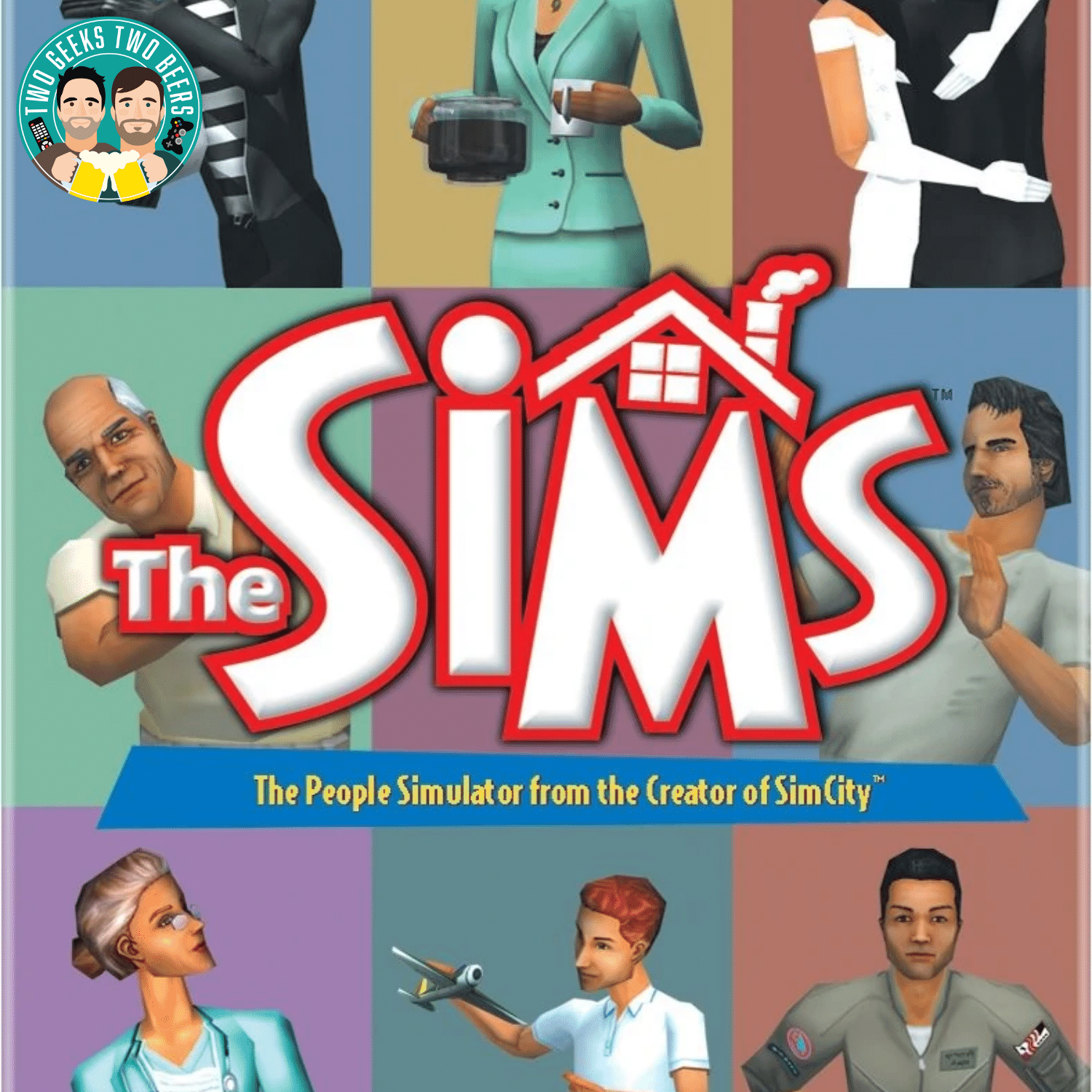 As we’re all feeling like our lives are not quite in control right now, and we’re (mostly) stuck at home and being told what to do and when… you could say that your life feels like a bit of a simulation. Yeah, that’s a really crap link isn’t it?

For this episode, Tom is taking Morgan back to the year 2000 and his teenage obsession with The Sims – the first iteration of the hugely popular Sims video game franchise.

We go through the first Sims era, its creation from depressing circumstances, its long list of expansion packs, what the heck Simlish is, and why it’s not a great party unless Drew Carey turns up.

Created by Will Wright after he had an idea sparked by a house fire of all things, the Maxis game series The Sims launched in 2000 on PC.

Since then, it has spawned countless sequels, expansion packs, spin-offs and more, and has become one of the most successful game franchises of all time.