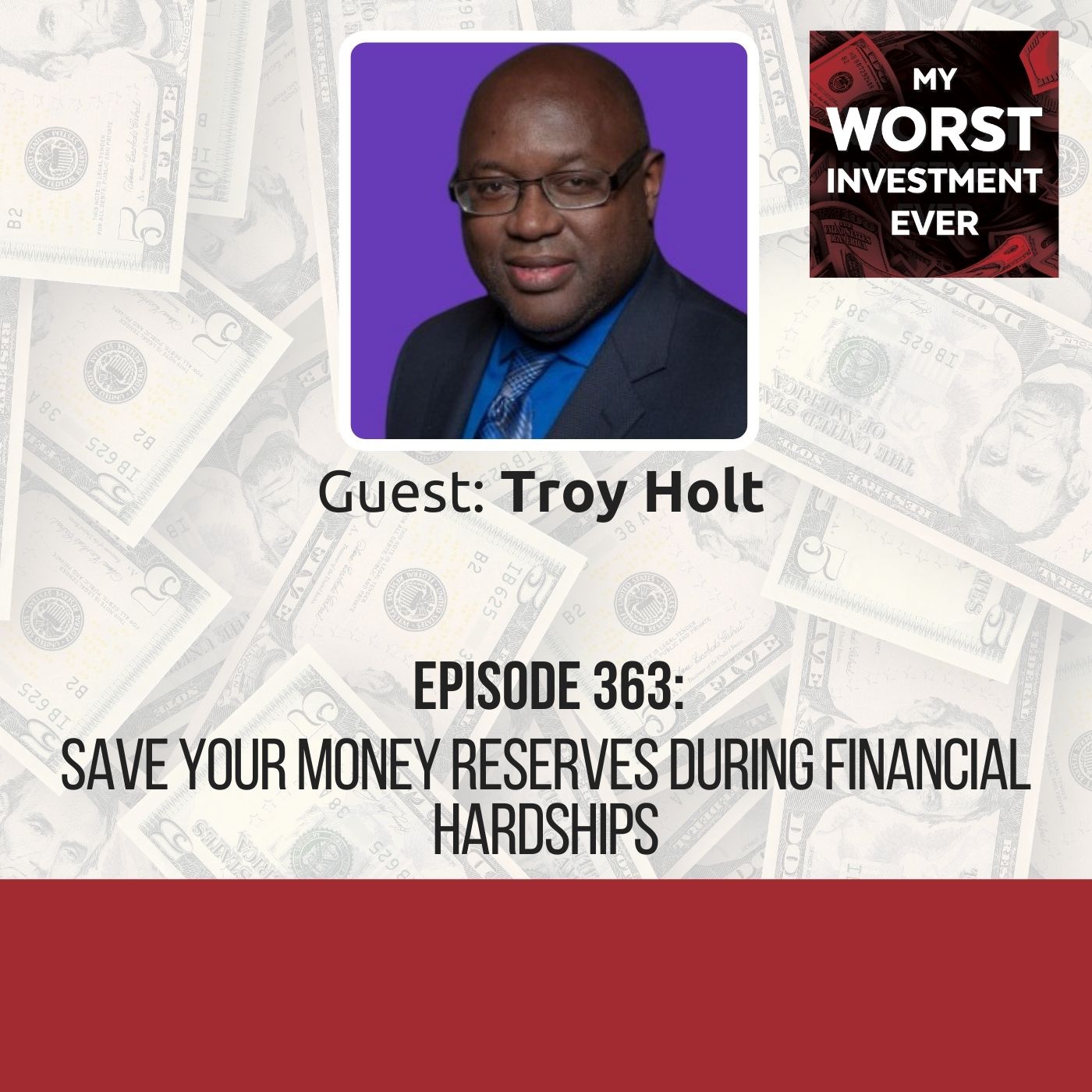 STORY: In 2014, Troy decided to quit a job that he no longer enjoyed and got another one that paid him a small salary and a commission. The money he was making could barely sustain his lifestyle. Instead of making lifestyle changes, he used money he’d received after his mom died as his fallback plan.

LEARNING: If money is tight, cut down your costs to a bare minimum. Put your trust in your family and friends, not money.

“Make money your tool and not your master.”

Troy Holt’s more than 20 years of experience as a sales and account executive has led to his success in the areas of business growth, development, and financial planning.

As an innovative leader and effective communicator, Troy’s success is grounded in his impeccable work ethic and drive. Troy’s expertise allows him to work as both a financial educator and as an independent coach, speaker, and trainer.

Troy is a co-author of an Amazon best-selling book and is the host of the Troy Talks podcast. He serves as the CEO (Chief Encouragement Officer) of his Troy Holt Consulting company.

Troy worked at a retail store as a sales rep when his mom died suddenly in April of 2014. At the time, Troy had worked this job for 11 years, but suddenly every day he came to work, he would feel pressured and did not want to be at work. He felt like he was in prison.

Troy went to see a doctor, and he was diagnosed with anxiety. He decided to go out of work under short-term disability for 60 days. When he went back to the doctor, he was told he was still not fit to work. Troy went back to his employer and submitted his paperwork for an extension, but he got denied. So he resigned.

Troy found another job which started him off at a certain amount plus commission. After a couple of months, they reduced his salary by about 80% but with a higher commission. Troy’s salary was just enough to pay his health insurance and that of his wife and pay taxes.

Selling telecommunication systems was a long process, and Troy barely closed any deals.

Falling back on his money reserves

When Troy’s mom died, she left him some money. He planned to save and invest it later. However, when his job woes started, he started dipping into his money reserves bit by bit to sustain his lifestyle. In his mind, he thought he would be able to put back the money once he closed a deal and got his commission.

Troy did a lot of prospecting and working deals but barely closed anything due to the long sales process.

Troy’s money reserves were dipping by the day. He figured it was time to get another job. He ended up having to take another job making less money, but at least it was not commissioned.

His reserves were drying out at this point, and he still had so many expenses to cover. Troy realized that his worst investment ever was continuing to live the same lifestyle despite his financial hardship. He should have cut his costs, but he did not, and now he had no money to invest.

Money is not your source of happiness

The experience taught Troy that God is his source and provider. No matter how much or little money he has, God is the one who will sustain him, not money.

Cut your spending to a bare minimum when money is tight

When money is tight, do not carry on as usual. Buckle down and curb your spending to the bare minimum.

Put your trust in your family and friends, not money

When you are losing it all, and it seems hopeless, and you cannot see a way out, remember that money is not the source of your happiness. Your God, your family, and your friends are the key to happiness.

You can deal with the tough times by controlling your costs

There are tough times in our lives that we do not want to have to deal with, but we must if we are going to survive and thrive. When such times come, the one thing you can control is your costs, so cut those costs down as much as possible.

When you are facing financial hardship, stop and cut the expenses. It’s not going to last forever. It may be tough, but you can survive and get through it.

Troy’s number one goal for the next 12 months is to eradicate and erase financial illiteracy, and he wants to educate people on how money works.

“You can get through tough times. Even if you have to reach out to someone and just have a conversation with them, do it.”