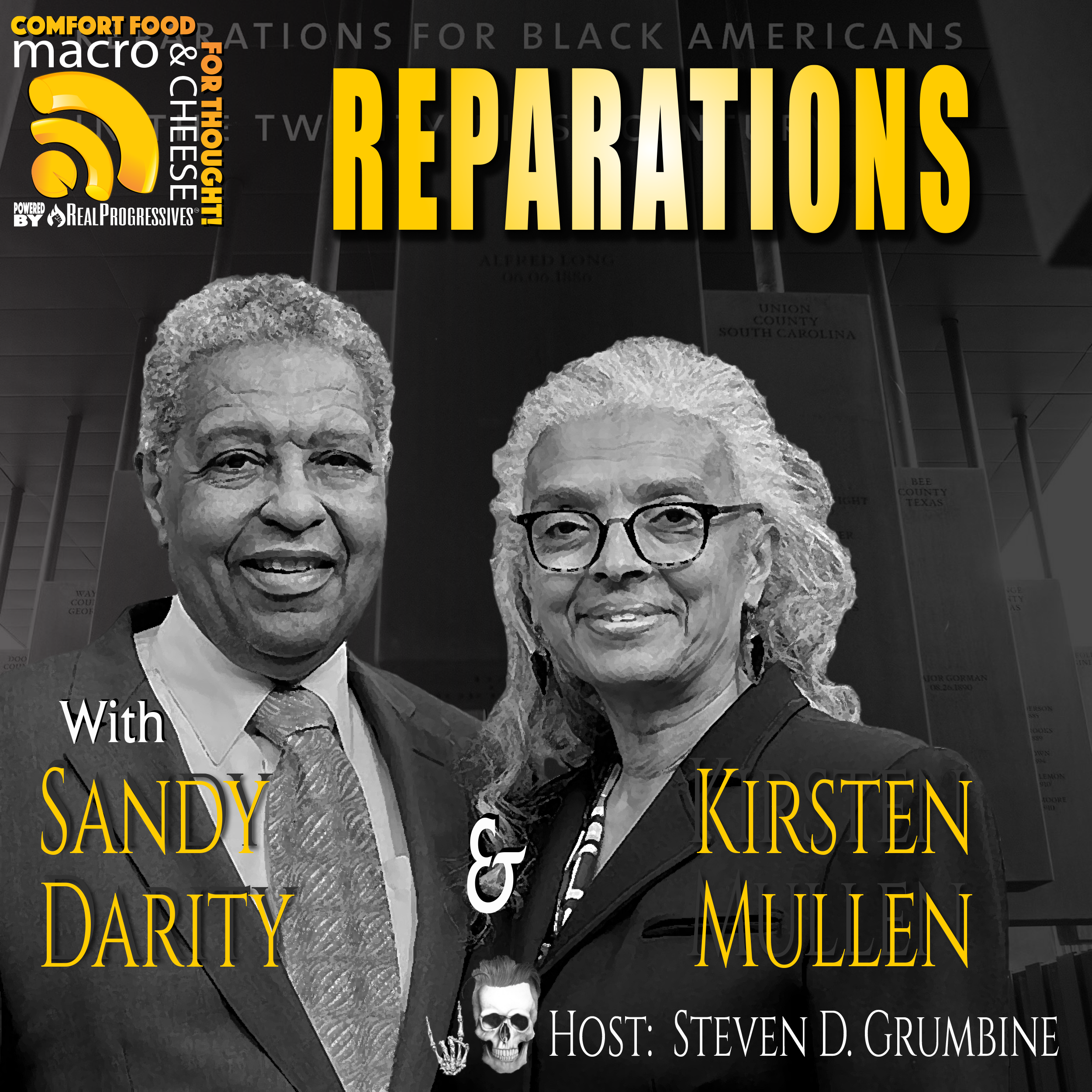 This week, Kirsten Mullen and Sandy Darity join Steve to talk about their book From Here to Equality: Reparations for Black Americans in the Twenty-First Century.

In recent years the debate on reparations has gained some momentum, though not for the first time, as Mullen and Darity point out. “40 acres and a mule” was among the first promises made (and broken) to black Americans since the end of the Civil War. While white families benefited from the homestead act and have continued to receive aid and preferential treatment at every level, assistance to African Americans has always been portrayed as undeserved government handouts. The abolition of slavery created new opportunities for exploitation. Our listeners are well aware that private companies utilize prison labor for pennies on the dollar.

Mullen and Darity provide examples of the racist discrimination and disenfranchisement that have poisoned the US since its founding. At every crossroad, every opportunity to do the right thing, this country has made the wrong choice, sometimes subtle, often brutal and vile.

In making the case for reparations, they focus on the staggering wealth gap. At the top of that chasm sits the wealth of corporations built on the backs of slave labor. Mullen:

You have Lehman Brothers, which began as a cotton brokerage in Alabama, for example. These were a family of brothers who initially were involved in retail trade, but they quickly realized that the real money was in buying and selling cotton. This leads to the cotton exchange in New York City. Tiffany, the iconic jeweler in New York City, was a slave owner. Most college and universities, the early ones, the elite ones, all of them benefited from donations of money from individuals who own and traded slaves or who donated land that they were able to acquire because of the slave trade.

While some reparations proposals are systemic and encompass a broader demographic, Mullen and Darity target African Americans whose ancestors were enslaved in this country. They have calculated a dollar amount to rectify the loss of inter-generational wealth that could have been created had the early promise been kept.

After you listen to this episode, we urge you to buy the book. From Here to Equality: Reparations for Black Americans in the 21st Century is the recipient of the inaugural 2021 Book Prize from the Association of African American Life and History and the 2020 Ragan Old North State Award for Non-fiction from the North Carolina Literary and Historical Association.

A. Kirsten Mullen is a folklorist and the founder of Artefactual, an arts-consulting practice, and Carolina Circuit Writers, a literary consortium that brings expressive writers of color to the Carolinas.