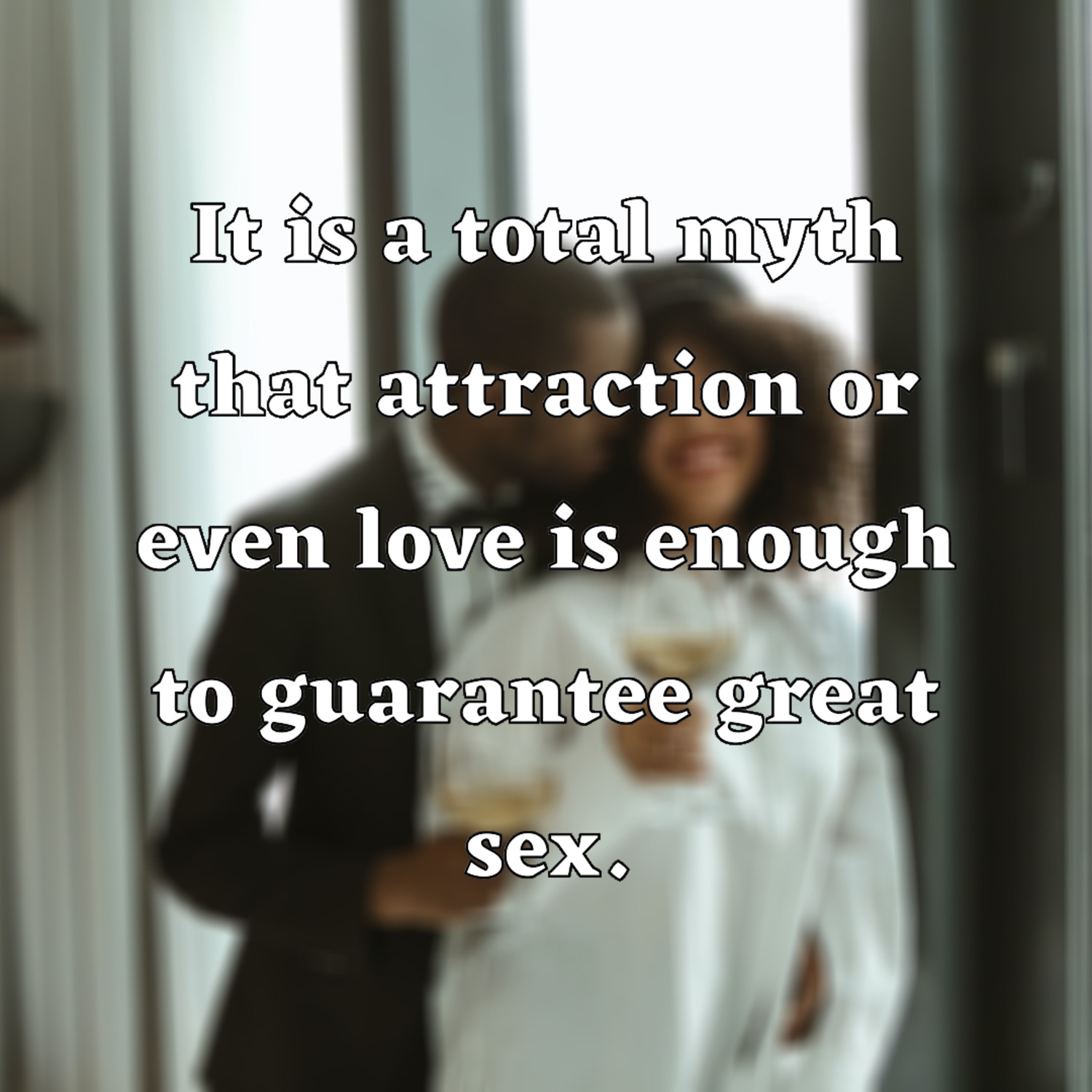 • At this point in the book, you may have a better understanding of how to reach your goal of mating. However, in reality, your goal is sustained mating within a relationship. How can you make sure the sex is good enough to do that?

• Many sex tips focus on either specific techniques or exploring kinks to improve your sex life, but that’s not what really matters. Studies have shown eight specific elements of great sex: presence, connection, intimacy, communication, authenticity, bliss, exploration, and vulnerability. This is empowering because it means literally everyone has the ability to be a great lover; it just takes time, energy, and attention.

Much of this book has been focused on how to get to this point: intimate relations.

When you have successfully engineered attraction to the point where you can consummate that attraction, congratulations! You’ve reached the peak and there is nothing left to think about. You’ve won and everything is downhill from here, right?

That would be nice if that were the truth. It seems like the end goal might be to have sex with someone, but in reality, the goal is to have sustained, intimate sex with someone. That is a very different goal because of how much it encompasses and the hoops to jump through for it.

In essence, we’re talking about how to achieve remarkable sex. Some people might view sex like pizza; even bad pizza is still a good meal. But if we want to fulfill our real goals of sex that accentuates an emotional bond and that can lead to a relationship, we can’t just take our cues from pornography. Sex is one of the most primal drives—as such, as with before, this can make us relatively predictable in a way that you can take advantage of.

Here’s the thing about great, toe-curling sex: it isn’t what we think it is. We have continually been told it’s one spicy “secret” sex position or delving into blindfolds and whips and chains just because it’s novel and exciting. At least, that’s what magazine covers have sold us.

Much of what we think makes for great sex is split into one of two camps. It’s either about specific techniques you can be doing better or more of, or it’s about spicing up your sex life in ways that simply blow your mind because they tap into your deeper and darker fetishes.

While those are true and undoubtedly help, they are also misleading. They can sometimes cause us to skip over the basics and what really matters, like buying a car with a terrible engine but a nice paint job and door handles. You might think you’re going to have a smooth ride, and you might for the first couple of times, but it’s not destined for success and can undermine your other efforts at creating remarkable sex from the inside and out.

Finally, it is a total myth that attraction or even love is enough to guarantee great sex. Think of it this way: all babies are born with the ability to learn how to speak and to use language, and eventually, most of us do. But that doesn’t mean we don’t have to be taught how to speak, how to write, how to read, and how to converse properly with other people. Thus, language is both an innate primal drive yet also something we need to learn to develop and master. Sex is similar. We all have the inbuilt emotional and physiological machinery to crave and seek out sex, but it’s another thing entirely to have that kind of “conversation” with someone else. While raw attraction and affection are necessary, they are not sufficient conditions for truly satisfying sex.

If wonderful sex isn’t about novelty, isn’t about exciting fetishes, and isn’t about the specific techniques and positions, what is it about? Well, this might be a relief for you if you feel that sex just doesn’t need to involve superhuman fitness or leather props. For those people who are inexperienced with relationships, the prospect of engaging sexually with someone can seem hugely intimidating. It’s easier to imagine there’s a quick set of rules or tricks that you can rely on to help you choreograph the encounter. But are there really?

Researcher Peggy Kleinplatz conducted multiple studies on the issue and found one particular set of elements that were far more indicative to great sex than novelty or spiciness. In fact, those elements that you’ll always read about on the covers of magazines did not figure into the results. They didn’t report helping people’s sex lives at all! In the end, it was advice that sounded good in theory but didn’t make a difference in practice.

No toys or tongue tricks are needed to create remarkable sex. Kleinplatz also found in the study that actual orgasms and attraction were not part of what made remarkable sex. This is good news for some and terrible news for others. It almost sounds like I am about to sell you the one special technique that blows all others out of the water, but it’s really about bringing it back to the basics.

She found eight elements that thousands of respondents in her studies listed as the most important, and these elements were consistent across all age groups, genders, ethnicities, and even locations. The eight elements of great sex are listed below, and we’ll go through each in greater detail.

As you might figure, some of these elements are fulfilled by what magazines tell us to do—with novelty, whips, and chains. However, you might miss the point if you don’t think about the actual purpose and intention behind the elements. If you dive in with the props and loaded expectations and you don’t have any of the above elements, you’re more likely to have disappointing sex rather than the romp promised by that glossy magazine.