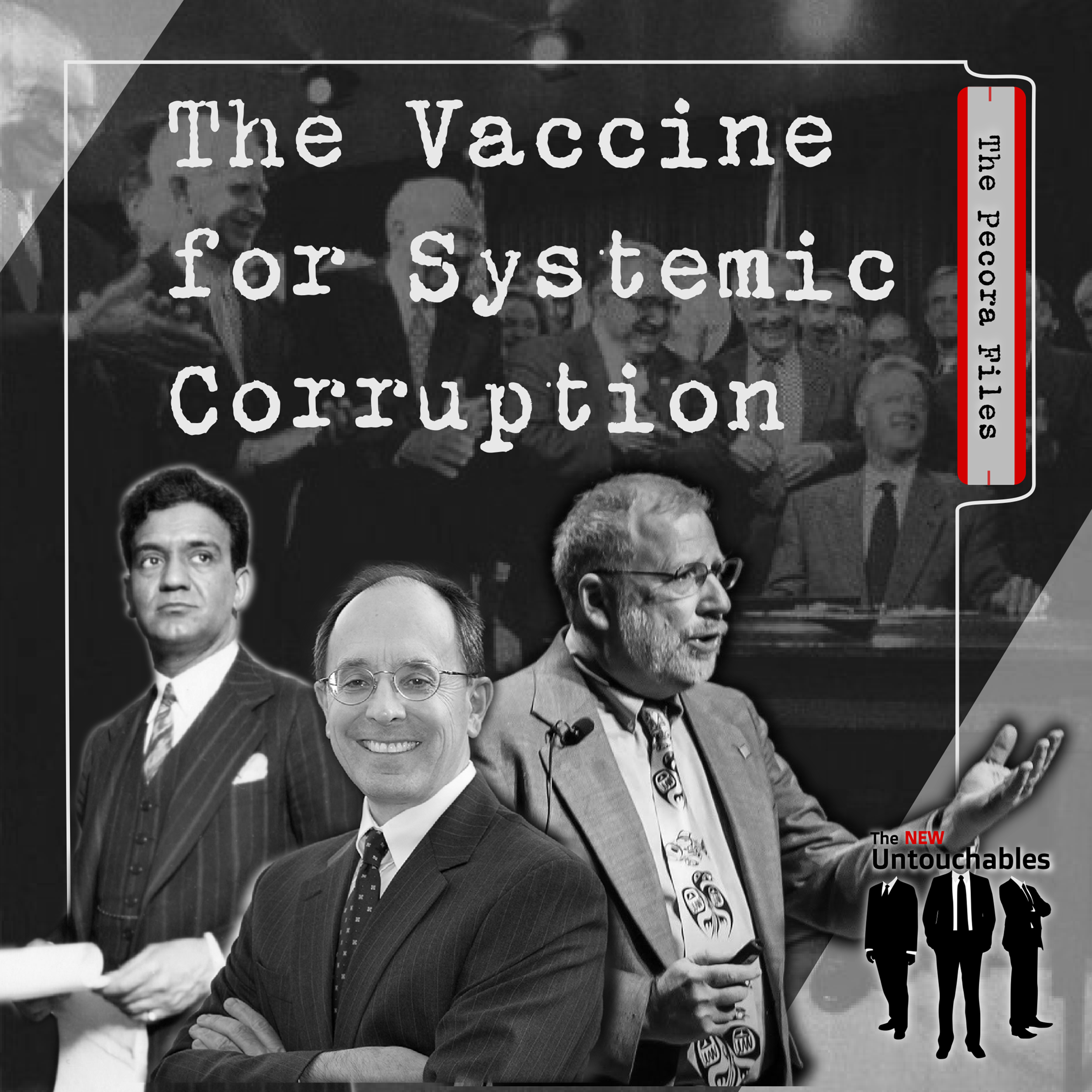 Steve, Patrick and Eric talk with two of the foremost experts on corruption within the financial system, William K. Black former Office of Thrift Supervision (OTS) Regulator and Arthur Wilmarth, Professor Emeritus of Law, George Washington University. Listen as they describe how banking was made safe and “boring,” and how the walls that had worked effectively for years were systematically demolished leading to the white collar lawlessness of our current day.

Black and Wilmarth are two modern day untouchables who worked inside the federal regulatory system during these financial crises, and share the behind the scenes details of what was really going on as our economy was crumbling.

This episode lays the groundwork for the forensic financial fraud investigation detailed in this blistering and very human five-part series.  The New Untouchables: The Pecora Files is an up-close-and-personal account of the heroes introduced by Vaughn and Lovell’s “The Con.”
Episode two ‘It's Theft’ comes out Sunday, February 21st at 8pm ET / 5pm PT.