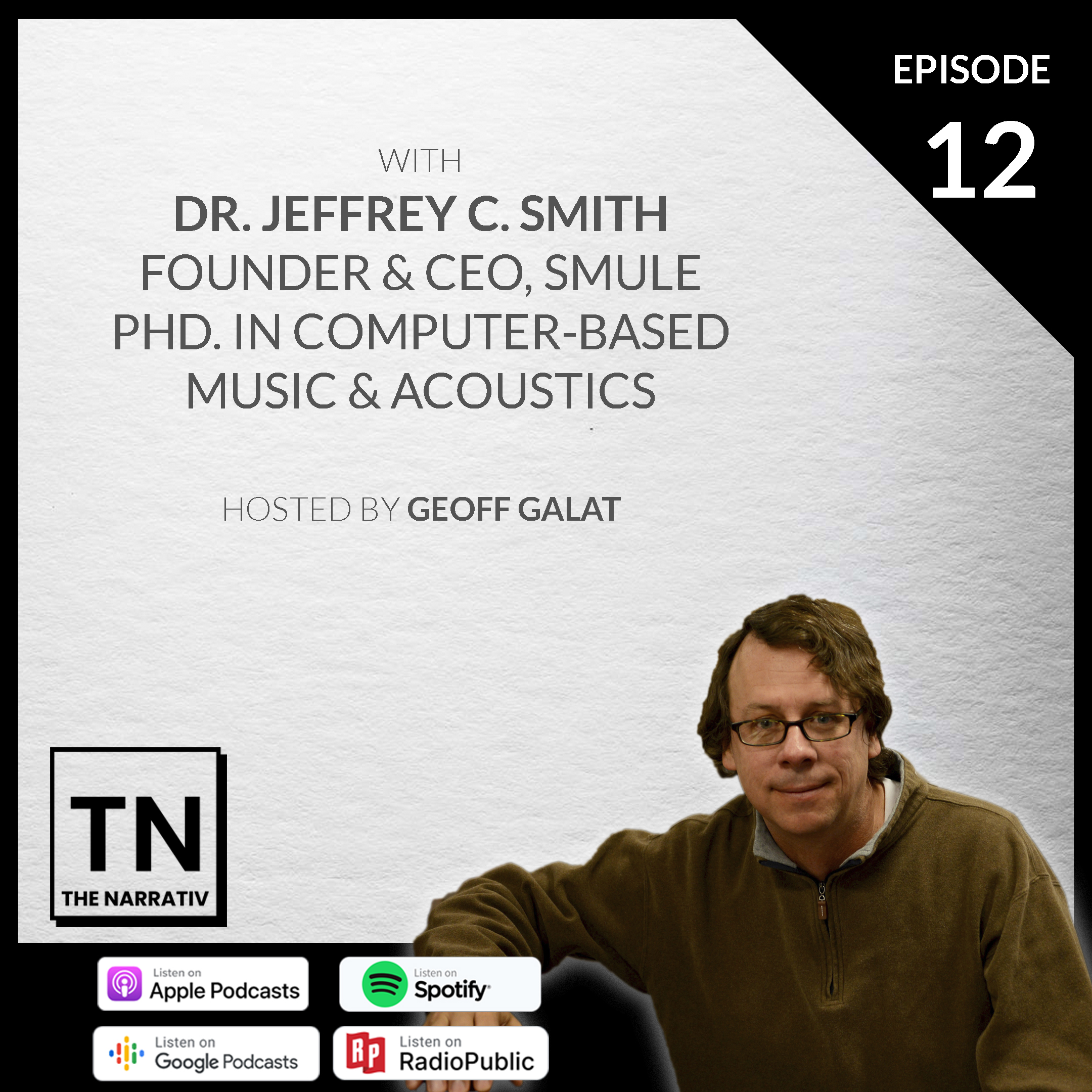 Dr. Jeffrey C. Smith and I go way back, before the prefix doctor was added to his name.

In fact, Jeff was my boss for a couple of years – he was the founder & CEO of Tumbleweed Communications, where I lead the marketing team.

After Jeff sold Tumbleweed, he tried to pivot away from technology, and returned to Stanford to follow his first love – music. In fact Jeff’s mother was his first piano teacher, starting when he was only 4-years-old.

Ultimately, after a surprisingly winding journey, Jeff earned a doctorate in computer-based music & acoustics from Stanford.

But like the Mafia, technology…or maybe venture capitalists – can suck you right back in, especially after you and a friend created an idea during your studies that was perfect for the times – a thing that became Smule.

At the start in 2008, Smule was just a company with a fun name and a big dream. They aspired to bring music back to its roots and empower anyone to join in.

Today, Smule is a vibrant, global community of music lovers where millions of people across the world come together each day to share their passion for music, make new friends, cheer each other on, and simply have fun.

The story of how Jeff got there is a lot of fun.

I think you’ll find it as fascinating as I do.