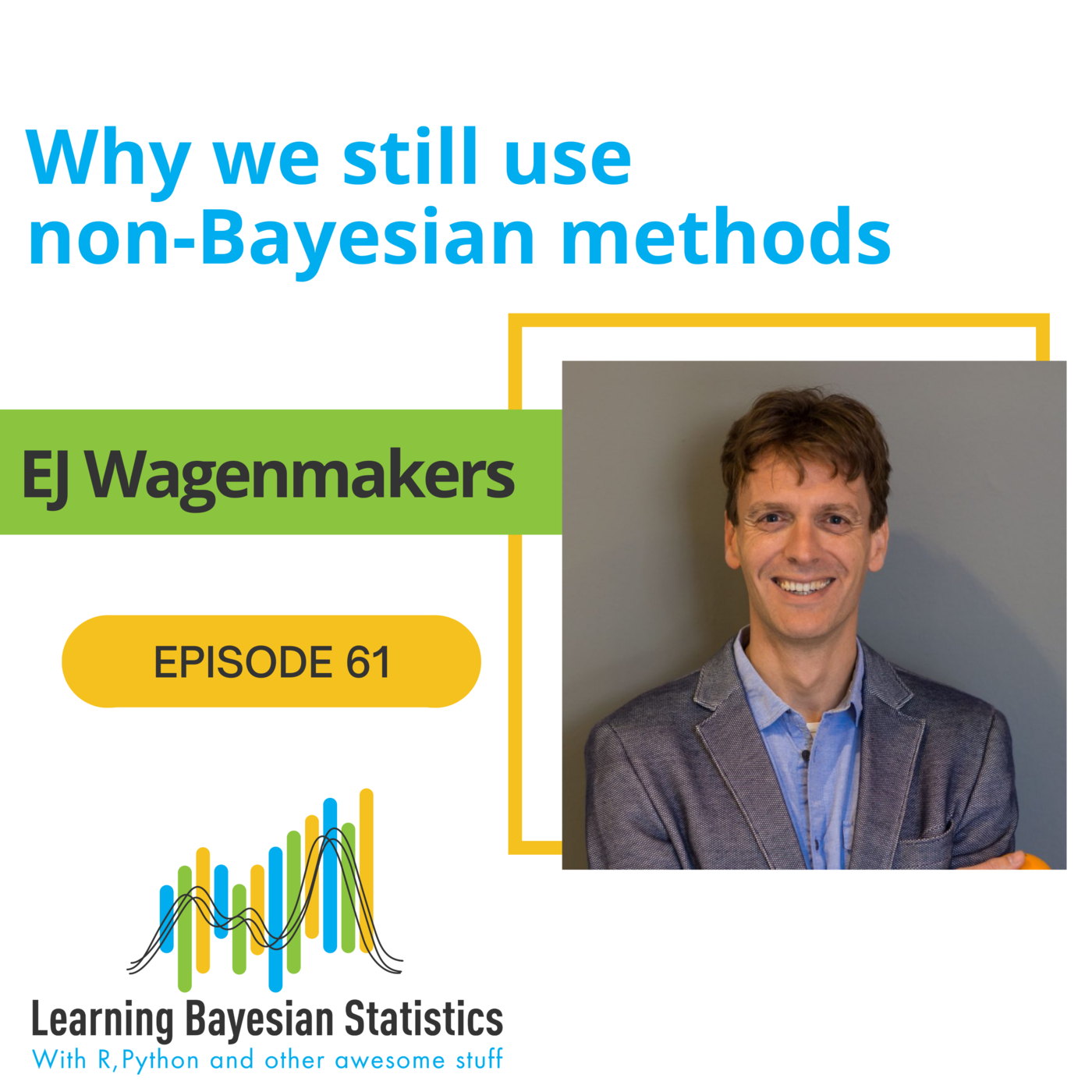 The big problems with classic hypothesis testing are well-known. And yet, a huge majority of statistical analyses are still conducted this way. Why is it? Why are things so hard to change? Can you even do (and should you do) hypothesis testing in the Bayesian framework?

I guess if you wanted to name this episode in a very Marvelian way, it would be “Bayes factors against the p-values of madness” — but we won’t do that, it wouldn’t be appropriate, would it?

Anyways, in this episode, I’ll talk about all these very light and consensual topics with Eric-Jan Wagenmakers, a professor at the Psychological Methods Unit of the University of Amsterdam.

For almost two decades, EJ has staunchly advocated the use of Bayesian inference in psychology. In order to lower the bar for the adoption of Bayesian methods, he is coordinating the development of JASP, an open-source software program that allows practitioners to conduct state-of-the-art Bayesian analyses with their mouse — the one from the computer, not the one from Disney.

EJ has also written a children’s book on Bayesian inference with the title “Bayesian thinking for toddlers”. Rumor has it that he is also working on a multi-volume series for adults — but shhh, that’s a secret!

EJ’s lab publishes regularly on a host of Bayesian topics, so check out his website, particularly when you are interested in Bayesian hypothesis testing. The same goes for his blog by the way, “BayesianSpectacles”.

Wait, what’s that? EJ is telling me that he plays chess, squash, and that, most importantly, he enjoys watching arm wrestling videos on YouTube — yet another proof that, yes, you can find everything on YouTube.