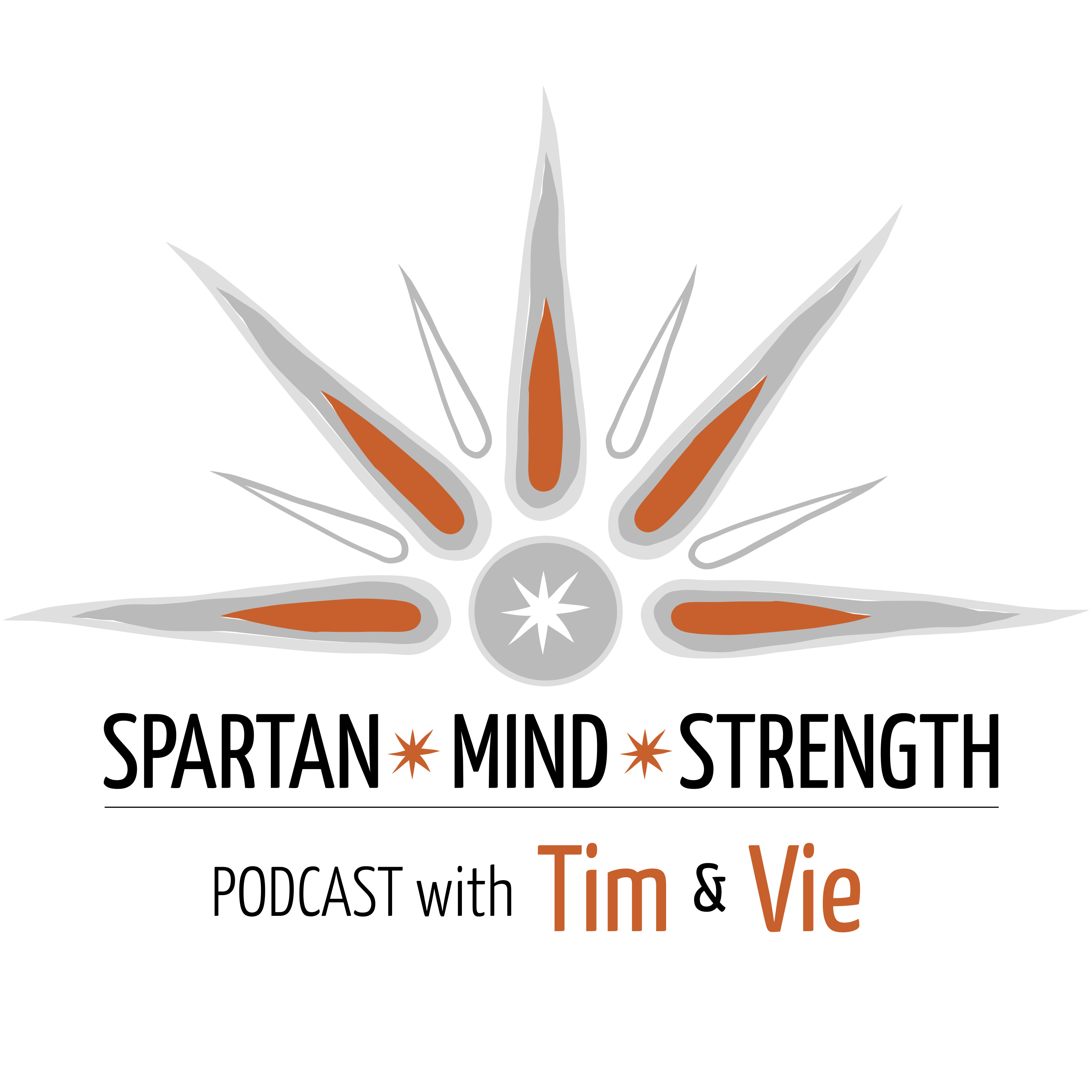 Hello, this is Tim

And this is Vie and we welcome you to another episode of the spartan mind strength podcast,

And this is episode 2 of 4 on navaratri.

Stay tuned. We’ll be right back.

And we’re back. And we’re going to be talking about navaratri.

And when is navratri this year?

And each year it’s a little bit different though.

Yes, because it goes by the Hindu calendar and it’s usually September, October.

And today’s all about

It’s about Kali because the first three nights of this nine night - 10 day celebration are dedicated to goddess Kali.

Yep. And last year we did one on navratri also. So we’ll put that link in for last year’s, because it was also related to

Yes. So now tell me about Kali. Because when I grew up in the seventies, eighties, Kali was basically here in the states was more represented, like, you know, punk rockish like rock and roll and drugs and sex. So it had this weird concept.  And then in some of the old movies with, you know, like, not Batman, but, there were certain ones where Kali was, Kali was like the evil God.

But that’s not who Kali is.

And Kali is also strength.

Kali is about strength.  Kali, in terms of ayurveda, Kali is all about the aspect of health, physical, emotional, and mental.

So if you get mad, because somebody says something that makes you mad, that’s not Kali.

No, it’s not Kali, that’s your weakness coming out.

So if you offend me, Kali’s going to be pissed because I got offended.

No, Kali county is going to be pissed at you, for being - exactly, exactly

So this world needs a lot more Kali right now.

Yes, that was Nietzsche.

That was Nietzsche, ok.

That we’re more, it’s because we’re lazy is

Exactly. We are lazy physically, emotionally, and mentally. And that’s who Kali is.

Is the one that takes that away.

That takes that away.

Kali kills, if we allow her to, Kali kills out daemons.  But we need to be able to identify our daemons, right?

We can’t, we can’t do anything if we can’t identify them.

So if you see yourself as perfect the way you are, you’re not identifying any daemons.

No.  Exactly. And just the mere fact that we are humans means we have a shit load of daemons.

So that’s what Kali does. And, how are you going to be able to see what’s dark in you if you don’t shed some light, righ?

And so the Navaratri is all about the nighttime, the nine nights.

And I know that in one of the stories of Kali is - she was born out of fear, fear of the other gods. The other gods were so afraid, that Kali was born.  Which reminds me of, from the American gods, anger gets shit done.

Actually it wasn’t out of fear. It was out of anger.

Out of anger, she was created.

Yes. Brahma, Vishnu and Shiva helped create Kali because they were so pissed off, they were so angry at the asuras.

And then it goes into what, what was his name, it was an African God, oh, I’ll remember his name shortly. but anyways, he said, anger gets shit done.

And then the gods after Kali was born, gave her all their weapons that they liked best so that she could fight daemons in all different ways, because your daemons can come in all different forms.

Anansi, Anansi,  yup. Yup, he was the God from the American gods.

But anyways, so she received all of these weapons so that she could fight each of the daemons that she runs across and we’re given and the representation of that is we are given all these different weapons through our mind to be able to fight any issue that we need to fight.

Exactly. But it takes courage. It takes effort. It’s not easy. It's simple, but it’s not easy.

Exactly. And that’s one of the things they talk about Kali is,  in the commodity world is, oh Kali helps you get rid of your ego. And everyone talks, all the aspiring yogis, talk about letting go of the ego and all that stuff.

And what they are doing is feeding their own ego more and more. The spiritual ego is actually the worst thing. And that’s where they talk about, in the symbolism for Kali fighting the daemons, they were saying how when a demon would get killed, a drop of blood would hit earth and then the daemon would become stronger.

It would be reborn stronger.  And that represents the spiritual ego, as far as you thinking, you got rid of it and now you’ve become this more arrogant person.

Exactly.  So when a lot of the people start  talking about the ego, oh, it’s your ego or my ego that makes me do this, or that person has to work on their ego and all that, you better run away from them because that means that they have way more issues.

Because the good ego gets shit done too.

Yeah. So in, in this type of ego, it’s confidence and it’s the ability to do things where the other ego that they’re talking about is arrogance.

So in terms of what we talked about last time, the observed, the observer and the process of observation, Kali identifies with the observed. Kali is the physical, physical body, emotions and mind.

And from Charaka, it is the --

It's the health. It’s a desire for health because when Charaka talks about health in ayurveda is holistic, physical, emotional, and mental, they all go together.

You can’t have one without the other. It’s impossible.

Now there is a mantra.

And it’s going to be in the notes also.

So now that you’ve given that, say night night.

Until next time, much, much love from both of us. Na’maste kala. May we all be well, adapt and thrive.